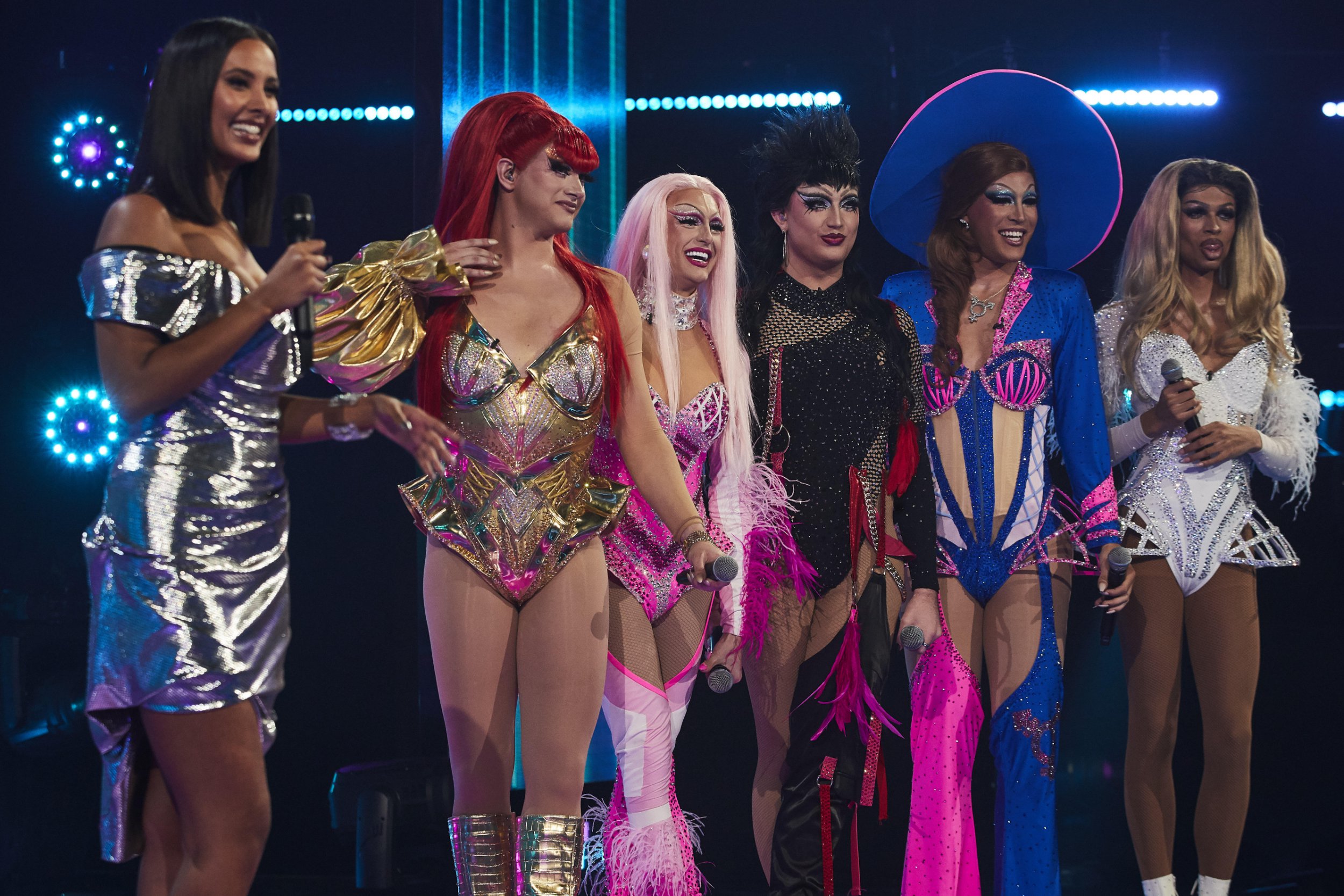 Walk The Line kicked off tonight with a performance from hit drag vocal group Queenz, who managed to win over viewers and judge Gary Barlow.

Queenz were second to perform during the episode and rocked out with a buzzy performance, complete with stunning harmonies and a rap verse, which mostly received the thumbs up from the judges.

Alesha felt the rapping segment wasn’t needed but Gary overall leaned into the performance, commenting: ‘It’s not always going to be about talent, it’s going to be about, look at the music diversity we’ve achieved here.’

Queenz said: ‘Tonight if we made life just that little bit less serious then we’ve done our job.’

It’s safe to say they certainly did as one viewer reacted to their TV debut via Twitter: ‘The Queens were fab and fun loved that!’

Another declared: ‘Obsessed with queenz already!’

I weaseled my way into 3 ultra-exclusive after-parties for top YouTube and TikTok stars. Here's what it's really like inside the convention celebrations.

Elvis Presley death: Did Elvis REALLY die on the toilet? How did he die?