One question scrawled on my notepad for Bryce Dessner when we meet in the lobby of a hotel in New York's TriBeCa is: "Do you ever sleep?"

The question is not just pertinent because he had his first child with wife Pauline de Lassus, a French singer-songwriter, two years ago. The 43-year-old seems to be a freakishly busy man, juggling jobs as the lead guitarist for The National, the introspective rock band who pack out arenas, and as one of the most respected and prolific composers of new classical music, who scores films like The Revenant, embeds himself in orchestras around the world and has works performed in some of the greatest concert halls.

He runs and curates several music festivals, each a full-time job for normal people. On this spring day in New York he's back-to-back promoting The National's new album, I Am Easy To Find. And he's just had an album of his own come out, El Chan, with three works he composed for two pianos.

"Up until now I didn’t sleep much," he says, offering a rare smile from under his faded baseball cap and tangle of hair. "I write a lot on the road, the pacing of composing really suits me but, yeah, it’s become tricky balancing that with having a child because the two hours you’re taking to do this thing could be really special with my son or just giving my wife a break. I’ll have to re-evaluate and prioritise certain pieces. I have a big commission this year for the Sydney Dance Company, that’s really important to me." 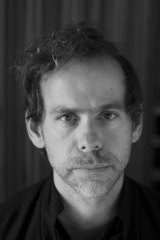 He's here speaking about yet another project, a piece he wrote in tribute to legendary Polish composer Witold Lutoslawski’s Musique Funebre (itself a tribute to Bartok), which will have its Australian premiere this month when the Australian Chamber Orchestra performs it alongside classical works by two of Dessner's closest friends – Radiohead's Jonny Greenwood and indie-folk singer Sufjan Stevens – and works by the Polish artists that inspired the three men – Lutoslawski, Karol Szymanowki and Krzysztof Penderecki.

For Reponse Lutoslawski, written for 10 strings, Dessner imagined a set of poems, with Lutoslawski writing the first line of each. There are flavours of folk and American minimalism, and auditory homages to Warsaw, where Lutoslawski made a living playing piano in bars after escaping the Second World War in Germany.

"His piece is deceptively simple," Dessner says. "At first, I knew exactly what I wanted to do, then when I tried to get into it I was like, 'oh my God, this is the most perfect music, I’m going to get murdered for this'."

Dessner has a family connection to Poland, the country from where his grandmother emigrated to the US. But his string compositions are equally inspired by Australian composer Padma Newsome, who Dessner met while studying music at Yale as a teenager and who he describes as a muse.

"I think when you write music it’s really important to find things that feel honest and, for me, writing concert music is both an amazing sense of adventure and poetry but it’s also the thing that feels closest to me, it’s the music that comes out of me, especially writing for strings, it feels intuitive."

Greenwood was reportedly met with giggles from an orchestra who couldn't read one of his early scores.

In yet another notch on his crowded belt, Dessner was also the driving force for Suite From Run Rabbit Run, the Stevens composition to be played by the ACO. The piece started life as 2001's Enjoy Your Rabbit, an uncharacteristically glitchy and abstract electronic album Stevens made in his 20s while in graduate school and working for a kids' book publisher.

Dessner wanted to rearrange some of it for an orchestra and debut it at his Cincinnati festival, MusicNOW, in 2007, thinking it might be played to 400 people. Stevens loved it so much he commissioned string quartets to rearrange the entire album, turning it into an album, Run Rabbit Run, and then a ballet too.

"Enjoy Your Rabbit was an anomaly for me," Stevens says. "I had some software on my MacIntosh and thought I'd just try to make some beats. 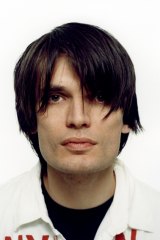 Jonny Greenwood was the ACO’s composer-in-residence for three months in 2012.Credit:Jason Evans

"It’s a very odd-sounding record, it’s noisy, it’s multiple personality disordered, it's a weird conceptual sound collage and I haven’t really tread those waters since. So I find it exciting and really strange that it's had a life of its own and been filtered through so many different composers and performers."

Dessner, Stevens and Greenwood are among the most high-profile artists to sashay between mainstream and classical music, but to consider them interlopers seems perfunctory at a time when the boundaries between genres, job titles or platforms are fading. There's a history of crossover artists before them, like the Velvet Underground’s John Cale, who brought early minimalism to rock in the 1960s, and Paul McCartney, who was fascinated with composer Karlheinz Stockhausen and made the not-so-well-received Liverpool Oratorio. Now, it's almost a given that institutions are seeking greater representation in their programming.

"'Crossover' implies a wilful move by a classical/popular artist, but I think it’s not so clear cut," says Greenwood, whose Suite From There Will Be Blood, taken from his score for the Oscar-winning film, will be performed by the ACO. "Most classical musicians today grew up listening to popular music. And most fans of 'rock' music have classical music they love. There’s bound to be cross-influence in all that noise."

That's not to say there aren't purists thumbing their noses and confounded critics asking why a rock singer is in their salon. Greenwood was reportedly met with giggles from an orchestra who couldn't read one of his early scores. But the ACO is also at the forefront of experimental music, hosting Greenwood as composer-in-residence for three months in 2012.

"They did a Shostakovich string quartet, just in rehearsal," Greenwood recalls. "Unforgettably good. They are a very dynamic bunch. It’s all energy and talent. I’ve not heard a better chamber orchestra, especially playing classical stuff."

Greenwood, like Dessner and Stevens, find something irresistible about classical music. The sound of an orchestra firing up, the ability to let an idea run rampant without having other band members' egos and visions to contend with, the thrill of turning a composition over to wildly talented musicians to bring it to life.

"It’s like a firework display: months of preparation, and all over in 15 minutes," Greenwood says.

It seems subtly clear from speaking with Dessner that his true passion lies in classical music rather than the famously temperamental world of The National, a band who have threatened to quit many times and openly describe their modus operandi as "dysfunctional democracy".

He says the ACO's program will be a glimpse into the minds of three indie musicians, into the kind of music they listen to in their own time and the kind they truly love making. 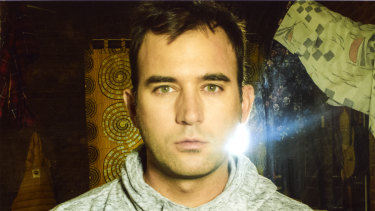 Enjoy Your Rabbit, written by Sufjan Stevens in his 20s, was one of a kind.

"There’s a timelessness about classical music. It’s less trend driven, it’s not driven by commerce, it’s challenging… the audience, performers and institutions have to commit to something that’s not easy all the time," he says.

"All of that feels really beautiful to me and to the extent that a composer like Jonny or Sufjan or me can contribute to that, that’s great."

Niall Horan Gave an Update on One Direction Reunion

Inside Dr. Dre’s New Settlement With His Estranged Wife