Eight months in, 2021 has been riddled with celebrity deaths, including Larry King and Cloris Leachman. Unfortunately, we’ve lost a number of musicians as well. Fans were distraught to learn that DMX had died in April from an apparent drug overdose, per Fox. A few months later, Lil Loaded (whose real name is Dashawn Robertson) died by suicide a few months after being indicted for manslaughter, per Billboard.

Now, there is another name to add to the list, Brian Travers, a founding member of UB40. The news broke on August 23 that Travers had died in his home the day before. Those closest to him took to social media to express their sadness. “Very sad day (another..) to hear about the passing of Brian Travers from UB40,” wrote fellow musician Paul Young. “He was a driving force, full of energy & positivity; RIP Brian x.” Fans chimed in as well, “RIP Brian Travers. First time I heard this saxophone back in 1980 I was hooked. Thanks for the memories,” tweeted one.

How exactly did he die? Here’s what we know.

Brian Travers was struggling with his health 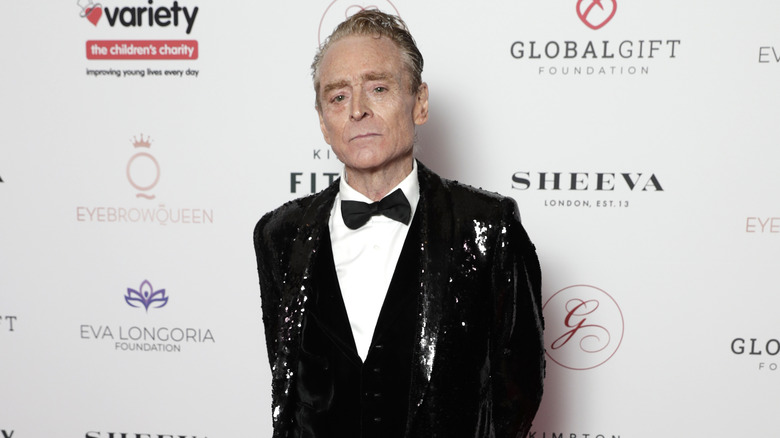 According to a post on the official UB40 Facebook page, founding member and saxophonist Brian Travers died from cancer. “It is with great sadness that we announce the passing of our comrade, brother, founding UB40 member and musical legend, Brian David Travers,” the statement read. “Brian passed away yesterday evening with his family by his side, after a long and heroic battle with cancer. Our thoughts are with Brian’s wife Lesley, his daughter Lisa and son Jamie. We are all devastated by this news and ask that you respect the family’s need for privacy at this time.”

Travers, who was 62, had struggled with his health in recent years. It was revealed that he had already undergone one operation to remove a brain tumor after suffering a seizure around Christmas last year and was waiting for a second operation, per The Daily Mail.

Travers will be remembered for his saxophone playing on UB40’s hits, such as their cover of “(I Can’t Help) Falling in Love With You” and “Red Red Wine.”