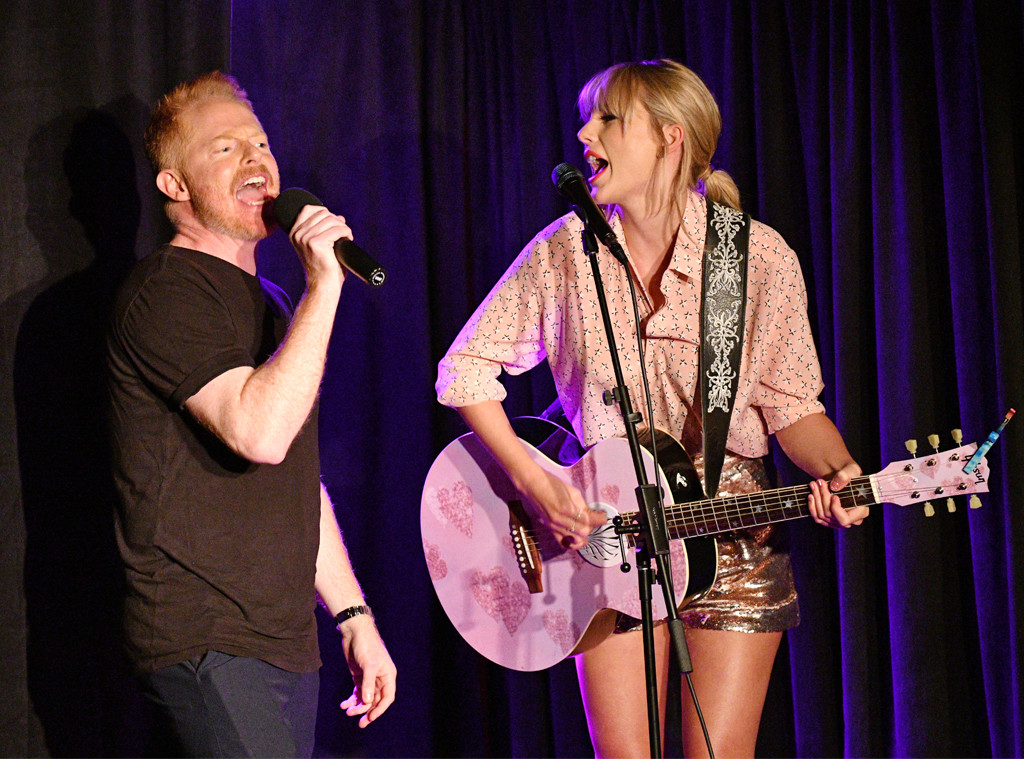 Taylor Swift is making a “Gorgeous” statement with her latest surprise performance.

After dropping her new song, “You Need to Calm Down,” on Friday, the singer made her way over to the historic Stonewall Inn for a surprise performance in honor of the 50th anniversary of the Stonewall Riots. The mini concert was very fitting for the new single considering she pledges her support for the LGBTQ+ community in the upbeat lyrics.

She was joined onstage by Modern Family star Jesse Tyler Ferguson, who just so happens to know all the words to her song “Shake It Off.” Together, the famous pair delivered an energetic rendition of the song in front of the pumped-up audience.

Jesse, who was in on the surprise all along, later tweeted, “I’m so happy I don’t have to keep this secret any longer. Look who came to celebrate the 50th anniversary of Stonewall at the Stonewall Inn.”

He added, “@taylorswift13, you are a gem. Thank you for everything you do for the LGBTQ community. We [love] you!”

And it turns out Taylor isn’t just making surprise performances, but, rather inadvertently, fundraising for a good cause. In the hours after releasing “You Need to Calm Down,” which includes a shout-out to the GLAAD organization, people rushed to donate exactly $13 to the LGBT media organization. Anthony Ramos, director of talent engagement at GLAAD, told E! News, “Taylor Swift is one of the world’s biggest pop stars. The fact that she continues to use her platform and music to support the LGBTQ community and the Equality Act is a true sign of being an ally. ‘You Need to Calm Down’ is the perfect Pride anthem, and we’re thrilled to see Taylor standing with the LGBTQ community to promote inclusivity, equality, and acceptance this Pride month.”

If you want to make a donation to GLAAD and join the fundraiser, visit their website now.