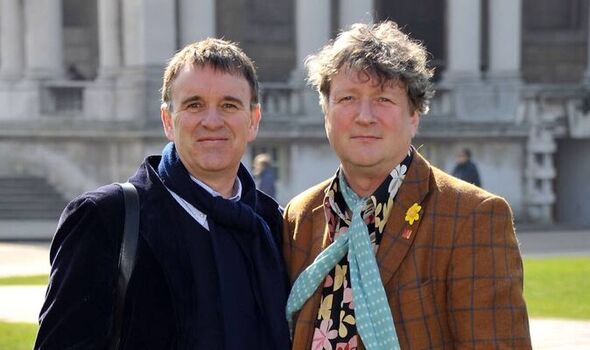 SaysTilbrook: “I grew up in a single parent household, we didn’t have a lot of money… Anyone using a food bank for the first time, it’s likely their world has been torn apart.The trust provides that back-up, practical support. It’s such an amazing service.”

Between April and September, its food banks provided 1.3 million emergency parcels, a third more than the same period last year.

In the past six months, 320,000 turned to the service for the first time, and the charity has had no option but to launch an emergency appeal.

One in five people referred to food banks live in working households.

Devotees of the Cool For Cats and UpThe Junction hitmakers bring both food and financial donations in their thousands to the 20-date tour, pointedly named Food For Thought.

Funds from their current EP of the same name go directly to independent food banks.

“Squeeze have really supported us for many years,” says trust director Danni Malone.

“They’ve raised tons of food and thousands of pounds for food banks, and on Glenn’s recent solo tour.”

Old bandmate Jools Holland, inset, is supporting the Trussell Trust on his tour with his Rhythm & Blues Orchestra.

And British R&B talent Rina Sawayama partnered with the trust last month, while novelty act LadBaby’s four sausage-roll themed Christmas No 1s – with rumours of a fifth tilt at the top now building – all raised cash.

Donate at trusselltrust.org/ appeal. Squeeze tour the UK until November 30.Tickets at squeezeofficial.com.