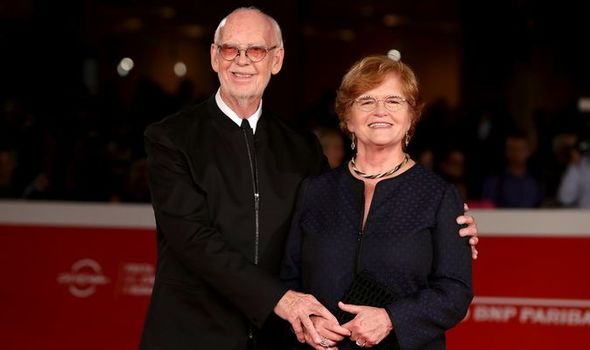 Mick Jackson, 72, and his band Love Affair knocked the Beatles’ legendary Hello, Goodbye single off the number one spot with their cover version. Three years later he wed childhood sweetheart Patricia Speight, now 70. The couple, from Bradford, have remained faithful to the song, which was on the soundtrack of the 2004 film Bridget Jones: The Edge Of Reason. To mark their golden wedding anniversary bassist Mick has released a new single Christmas Dreams. The Jacksons have one of the longest marriages in the music industry.

Mick said: “From the moment Patricia and I met I knew we were meant to be together. She had to put up with such a lot while I was touring around the world and couldn’t even tell people she was my girlfriend.

“But we stayed together, got engaged and then married and here we are, still together 50 years later. I’ve written many songs over the years but the one thing that meant more to me than anything was my own Everlasting Love… Patricia.”

Explaining his new Christmas song he added: “I wanted to write a love song to celebrate the 50 years, tell her how I feel and thank her for all the good times together.” The couple, who met on a blind date in 1967, went on to have two children and three grandchildren.

After leaving Love Affair in 1971, Mick had a successful career racing cars and running a marketing firm. Patricia, who became a local newspaper reporter, said: “Mick has always been the one for me. He is a man of few words, but there isn’t a compliment more lovely than a love song written for you.”

The Kentucky Headhunters’ ‘Dumas Walker’ at 30: What the Hell Is a Slawburger?