Home » Music » New Order feud: ‘We should stop before one of us dies’

After decades of hits, the band (Bernard Sumner, Peter Hook, Stephen Morris and Gillian Gilbert) looked to have come to an end in 2007. They re-emerged four years later, but without Hook, “Hooky”, as he’s universally known. The reasons the bassist wasn’t involved resulted in a bitter legal dispute, and Hooky hasn’t seen his old bandmates since. But now he says it’s time to get the original line-up back together… before it’s too late.

He says: “We should stop the feud before one of us dies. A mate told me recently, ‘One of you is going to take this to the grave’. It just needs one of them to pick up the phone, or have their lawyer say, ‘Let’s have a meeting’.

“It’s awful, as not only are the band compromised by it, but so are the fans. I never thought the people I made such earth-shattering music with would end up treating me like ****.”

Hooky’s disappointment at his old bandmates has overshadowed what they achieved together.

Drummer Stephen Morris admits: “The way things are now, you’d think we’d been at each other’s throats for 30 years and it just wasn’t like that. It’s funny seeing old photos of us together, because you remember how great a time we had.

“We really did enjoy it, and most of the time it was all for one and one for all.” 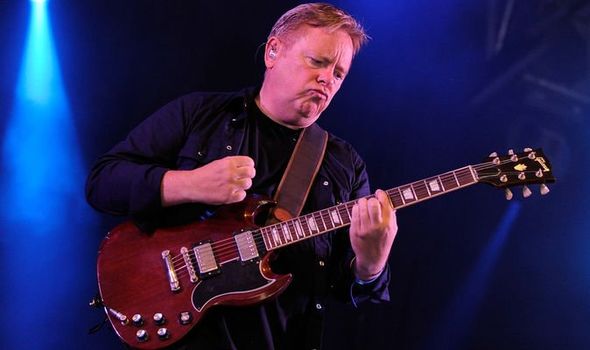 It was the song Blue Monday that helped them finally see off the legacy of Joy Division.

But the Manchester legends’ biggest song of all was only a hit by mistake.

The band created Blue Monday in 1983 simply as “an experiment” that they wanted to be played by robots at the end of their concerts.

Keyboardist Gillian recalls: “People were annoyed that we didn’t play encores, so instead we tried making a machine-sounding song that we hoped robots could ‘perform’ when we left.

“When our manager, Rob Gretton, first heard Blue Monday he said, ‘That’s brilliant, that could be a hit’. We thought he’d gone mad and told Rob ‘You what? I don’t think so’.”

Such a tale is typical of New Order’s bizarre history.

The band owned the Hacienda nightclub, famed for its part in bringing rave music to Britain.

The Manchester club was already known for hosting Madonna’s first British gig, in January 1984 – and paid her just £50. Even that came about by accident, as former bassist Hooky explains: “We only booked Madonna because her manager was friends with our producer, Arthur Baker.

“Everybody got treated the same at the Hacienda. It had obviously cost a lot more than £50 to fly Madonna over from the States, so when me and Rob offered her £50, Madonna very New York-ly told us to ‘**** right off’. 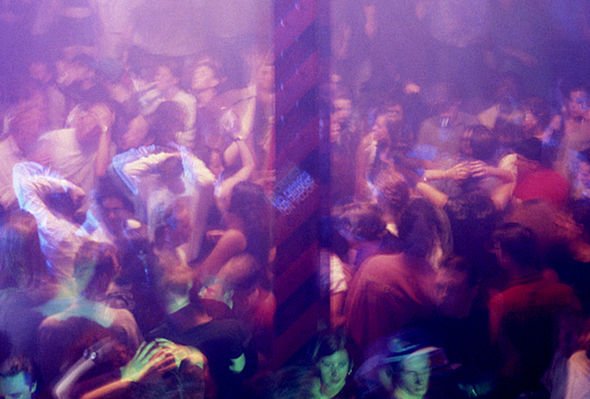 “Even back then, she obviously didn’t need the money.”

At the same time as Blue Monday, the band made their classic album Power, Corruption And Lies, which is the subject of a thorough new boxset.

Bernard recently revealed he wrote some of its lyrics after taking acid, but Hooky, 64, says: “That album was hardly a drug experiment. The ideas on it came from all of us, including Bernard, working really hard and really well. I’ve seen what acid does to you, and it’s not a record as good as that.

“Wearing the studio engineer’s white lab coat was as outlandish as Bernard’s behaviour got back then.”

However, drugs did become common in the band.

In his new autobiography, Fast Forward, Stephen recalls how he gave up cocaine and speed shortly before turning 40. 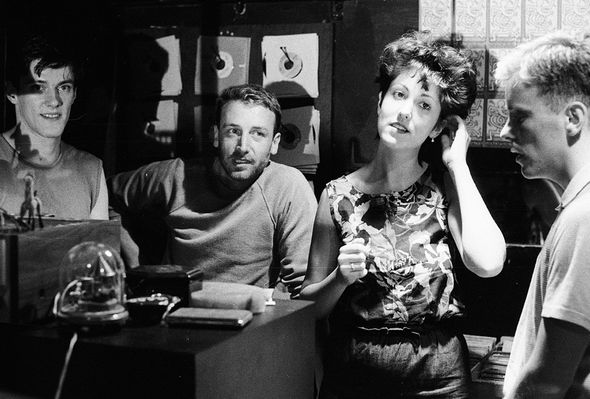 To find a new distraction, the drummer bought a tank.

Stephen, 63, laughs: “I wanted to become a more serious bloke after my over-indulgence, hanging about in a shed and tinkering with spanners. Most normal men would have got a motorbike, but I saw a tank for sale.

“It’s still in the garden and I’ve got into buying more tank stuff recently. When you buy a tank, with good reason the Army tends to take a lot of equipment off it. But then us collectors go to museums and see tanks with mysterious attachments. You start to think, ‘Ooh, I’d like that’. That tank is basically what I’m squandering all my money on – New Order will probably have to write some more songs to pay for it all.”

Despite the Hacienda’s acclaimed reputation, it got the band into debt – packed gigs by future stars including Happy Mondays were offset by what Gillian recalls as “weeknights when it was a vast empty cavern, apart from a few students.” 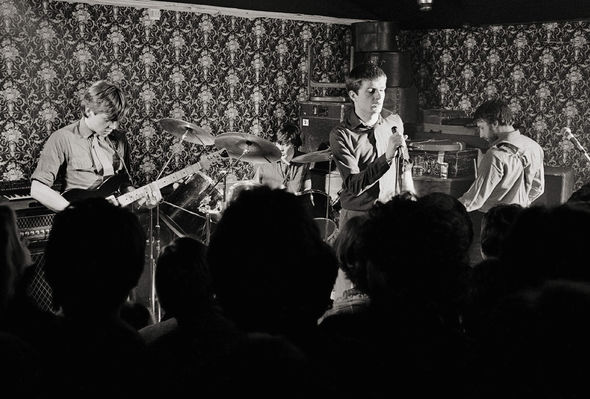 All the band agree a huge tax bill in 1986 was the start of their problems.

“I think the Hacienda was a pain in the bum from the start,” admits Gillian, 59. “After the tax bill, everything turned into a money-making exercise. Every week, we’d get a message from management saying, ‘We need another £3,000 for the club’. Everything lost us money. Whatever money we made from the band went elsewhere, like there was this huge credit card balance all the time.

“Our homes were suddenly up as collateral, so it became, ‘You can’t pay for that, your house will get taken off you’.

“As clever an idea as the Hacienda was, everything was falling apart and it created tensions. I didn’t particularly get into music to become the owner of a nightclub.”

Hooky agrees New Order’s finances were a mess, but defends their late manager Rob and their inventive record company, Factory.

The bassist insists: “Rob was such a driving force, he was essentially another member of New Order. He never left our side and, while he couldn’t play music, he’d improve our songs because he’d be the first to tell you ‘That sounds terrible’. Rob wasn’t good at business, but he’s hardly the first manager in the music industry to be a rubbish businessman.”

To escape their stress, in 1989 the band fled to Ibiza, where Ecstasy was first becoming popular.

It resulted in classic album Technique. “I’d agree 150 per cent that Technique was a drug experiment,” notes Hooky.

Gillian says: “We’d been financially used all these years and we’d just had enough. We’d always made our albums in London, and we finally snapped and said, ‘Why can’t we go somewhere nice?’ We said we wanted a studio with a swimming pool, and Ibiza was the result. We didn’t get much work done there and had to do the hard work back home. But Ibiza certainly stoked up the vibes and helped give our music an atmosphere.” 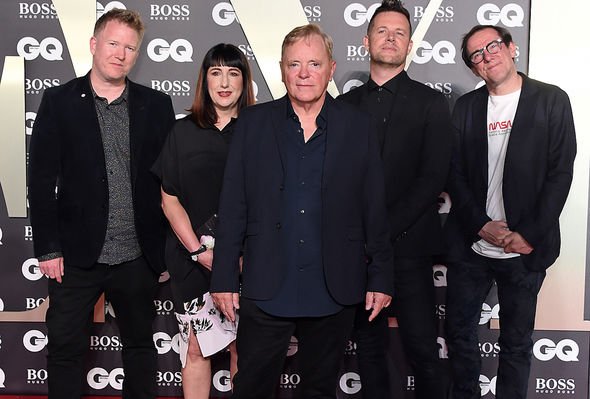 Stephen and Gillian have remained a couple for 40 years, marrying in 1994.

Their daughters Tilly and Grace are both budding musicians, Tilly following her mum as a keyboardist for new rockers The Grimm Twins and Grace as a songwriter and producer.

Their hardest time was after Grace fell ill as a toddler in 1998 with transverse myelitis, a neurological condition that left her paralysed.

Days later, Stephen himself was hospitalised with severe food poisoning. “I felt absolutely useless,” he sighs. “I thought, ‘Is playing drums all I’ll ever be able to do? I can’t even make a sandwich without nearly killing myself’. It was an awful time, torture.”

Gillian left the band to care for Grace, but New Order continued to rehearse at her and Stephen’s home. “That was heart breaking,” says Gillian. “I’d go outside with the laundry and I could hear them all playing songs in the home studio.

“It was horrible, as I felt completely rejected.”

Since the reunion of New Order – or “so-called New Order”, as Hooky labels them – they’ve released successful album Music Complete with Gillian back in the band.

“I’ve been at home more now than any time in 40 years,” laughs Hooky.

“My wife Becky says I needed a rest, but she wishes I was out of the house again now. At least I’ve found my other calling as a painter and decorator.” 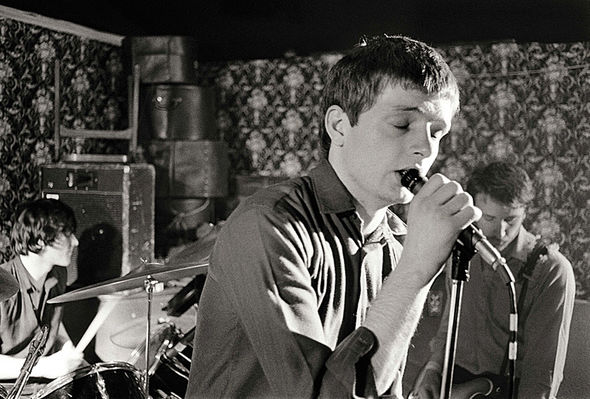 Stephen and Gillian continue to be an inspiration to other couples in bands with their long-lasting relationship.

“We’ve lasted because we don’t take anything too seriously,” muses Stephen, who owns a Dalek prop from a 1988 episode of Doctor Who. “The Dalek is in the kitchen and helps with the washing up,” says the self-confessed “science-fiction nerd”.

With or without Hooky, continued accidental success awaits.

Drake Holds Onto Number One on Artists 500 Chart