Last week, Mark Tuan — better known by his K-pop idol mononym Mark — was suddenly the center of attention in a sex tape scandal.

It was assumed when the name “Mark” was dropped in the video, the person in question was Mark of Got7.

Though there is no proof linking the sex tape to Mark, he apologized to K-pop fans. On the other end, his agency JYP Entertainment will be taking legal action to protect him moving forward.

How did Mark get associated with a sex tape scandal?

In them, there were accusations of Woo Chang-Beom’s relationships with others while they were together, as well as allegations of sharing a sex tape of both him and BJ Yeolmae with other people. 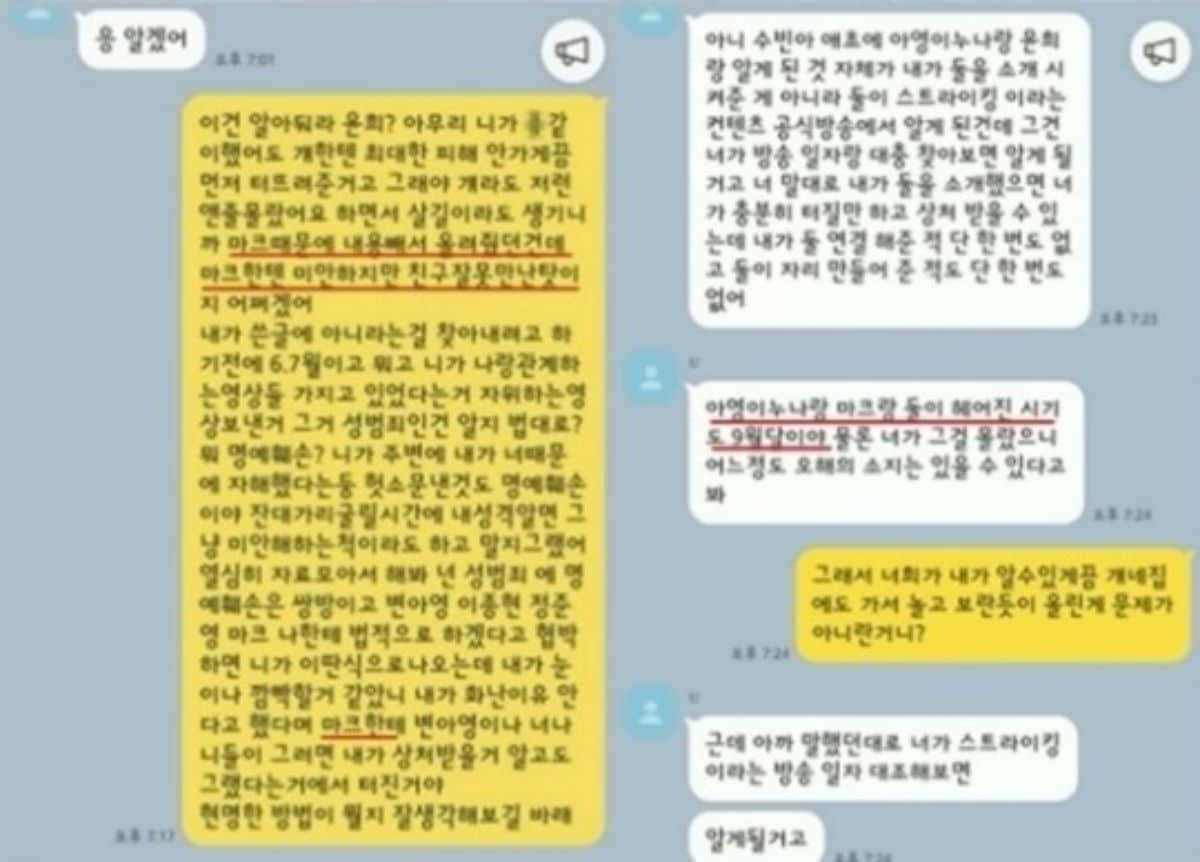 In some of the photo captures, there is a conversation supposedly bringing up a person named “Mark” numerous times. Apparently, this “Mark” is associated with the sharing, or at least viewing, of the sex tape.

“Because of Mark I removed that content when uploading. Though I feel sorry to Mark, there’s no other way, it’s his fault when choosing a wrong friend.”

“You said you knew why I got angry, and even though Mark, Byun Ah-Young or you knew that I would get hurt, you three still did that to me so everything turns out this way.”

“The time when Ah Young and Mark broke up was in September.”

At this moment, there is no substantial proof linking Mark of Got7 to the “Mark” in the Kakao.

However, such rumors would substantially hurt Mark of Got7 given the recent scandals pertaining to recording women in sexual acts without their permission which was brought to the forefront through the Burning Sun scandal.

We may never know if the “Mark” in the Kakao is Mark of Got7 or not, but it seems Mark of Got7 is taking no chances in having his image ruined.

Even if he wasn’t a part of the situation, the first thing he did was issue an apology on Got7’s forum pertaining to the situation.

According to them, they are gathering evidence of cases where rumors were spread to “damage the idol’s image, honor, and character.”

They are also figuring out a way for immediate legal action.

Let’s hope the situation with Mark (if any), BJ Yeolmae, and any others are resolved quickly and efficiently.

As for Mark himself, he is busy with post-release promotions for Got7’s ninth extended play (EP) titled Spinning Top: Between Security & Insecurity featuring the title track song Eclipse. Along with Got7, he will partake in a world tour too.

For anyone who wants to support Mark via his music through Got7, the boy group’s latest album Spinning Top: Between Security & Insecurity is available on YesAsia.

Lizzo Breaks Down While Addressing Racism amid Protests: 'Open Your Mind, Open Your Heart'

On 'Football Heads,' Maxo Kream Flows Like a Boulder Chasing You in 'Mario Kart'

Why The Beatles Dumped Their Least-Wanted Songs on 'Yellow Submarine'