ARMY is ready for BTS’s new album. Fans have long suspected the group’s comeback will happen before the end of the year, and eagerly wait for Big Hit Entertainment to make any sort of announcement. Khalid and BTS confirmed earlier in 2019 that they planned to collaborate, and some fans wonder if the collaboration will appear on BTS’s next album.

When Khalid posted a video on Instagram with audio from a new song, some BTS fans assumed it related to the collaboration. Rumors started flying on social media. However, Khalid denied the song was related to BTS’s comeback. 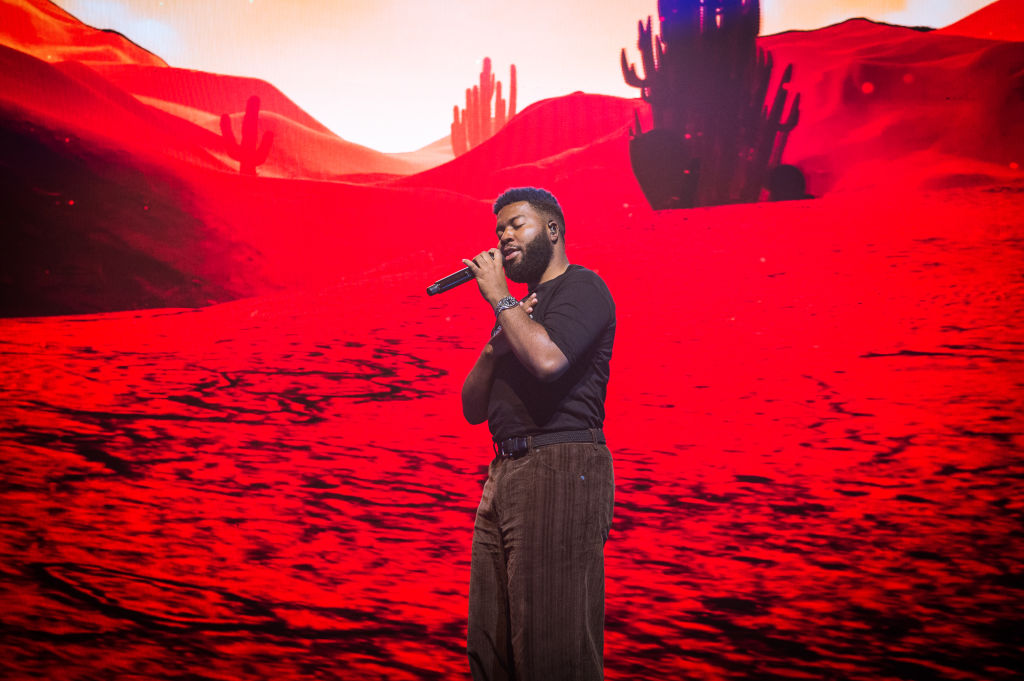 ARMY suspects BTS’s next album is ‘Map of the Soul: Shadow’

Since the music video for “Persona” dropped, BTS fans have suspected the group’s next album is called Map of the Soul: Shadow. When Khalid posted the video to Instagram, he captioned it “sitting in the shadows.” Because of the wording of the post, ARMY assumed the song was connected to BTS’s next album.

“We getting that bts x khalid collab in the mots:shadow….there is no way this aint no hint,” wrote a Twitter user.

“sitting in the shadows….. mots shadow next bts album……… they said bts x khalid collab in the past……..,” a fan tweeted.

“khalid posted this on his instagram and said ‘sitting in the shadows’ exactly that’s right this track is a part of bts next album shadow and u cant tell me otherwise…,” another fan tweeted.

sitting in the shadows

Khalid denied the rumors the song connected to BTS’s comeback

Khalid was quick to deny the rumors. In a now deleted tweet, one BTS fan speculated the song connected to BTS’s next album. Khalid quoted the tweet and said “unrelated lol.”

On Instagram, a fan commented on the post and asked if it was related to BTS. Khalid replied, “no.”

BTS fans joked about their assumption

Fans know that Khalid and BTS previously confirmed they would collaborate. Because of this, fans are on high alert for the collaboration and BTS’s comeback to drop. After Khalid denied the rumors that the Instagram post was related to BTS, fans joked about their mistake on Twitter.

“Let’s walk away with dignity knowing that BTS and Khalid themselves said there is a collab in the works SO WE AREN’T CLOWNS… We just impatient…,” one fan tweeted.

BTS and Khalid confirmed a collaboration in the past

BTS and Khalid are mutual fans of each other and friends. In May 2019, Khalid attended a BTS concert. In an interview with KIIS-FM host JoJo Wright, BTS confirmed a collaboration.

“I have to mention Khalid,” said RM. “Our friend. It is really happening. So please stay tuned to our Khalid collaboratio[n].”

At the time, Khalid also hinted at a collaboration.

“There’s definitely talks of working on a collaboration. I feel like that’d be awesome. I just gotta get to it,” he said.

Later in June 2019, Khalid gave a coy response when asked about the collaboration.

“I have a strong feeling there will be progress… and something will arrive,” said Khalid.

It’s unknown if BTS and Khalid have already recorded a collaboration or if the artists are still in the planning stages. While Khalid’s Instagram post was not related to BTS’s comeback, there is still a chance a collaboration song will appear on BTS’s next album, whenever it arrives.