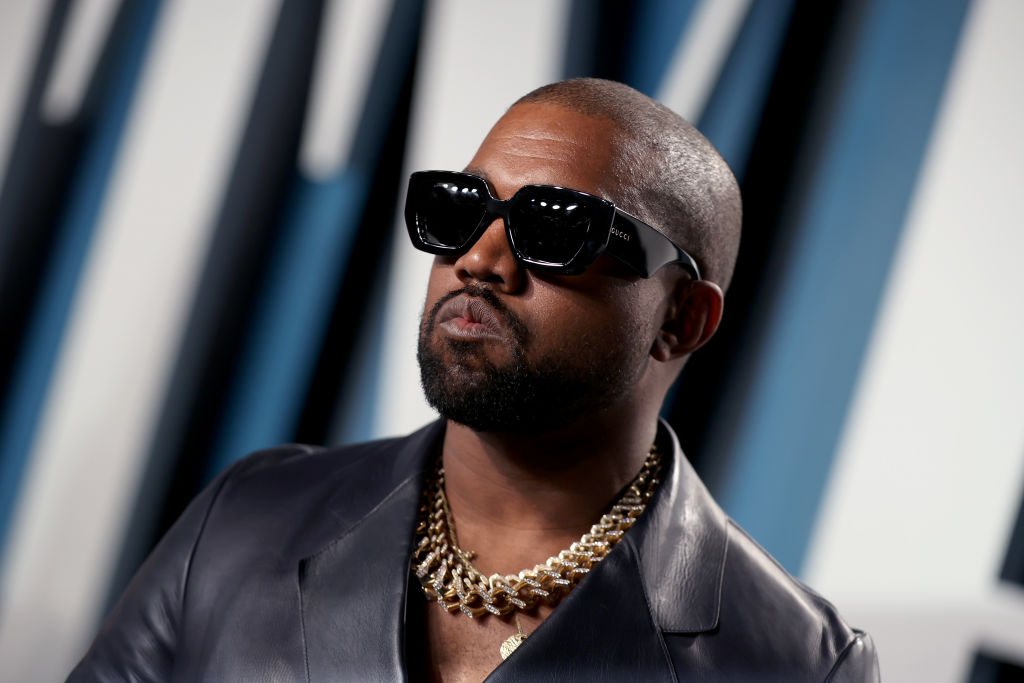 Kanye West looks set to release his first set of new music following his divorce from Kim Kardashian, after reportedly playing his upcoming album at a listening party.

The Stronger rapper is said to have hosted a private preview of his new tracks at a star-studded bash in Las Vegas over the weekend, with photos of the large queues outside the venue posted online.

Social media personality Justin Laboy, who had the pleasure of attending the event, shared an update with fans and claimed the album was finished.

Giving his glowing review, Justin tweeted: ‘Kanye played his new album for me & @KDTrey5 last night in Vegas. The production is light years ahead of it’s time, and the bars sound like he’s broke & hungry trying to get signed again.’

He even warned: ‘Any artist who plan on dropping soon should just push it back #respectfully,’ before boldly claiming: ‘Album of the year. Dont [sic] @ me.’

Justin then posted a photo of him sitting with NBA star Kevin Durant and a hooded figure believed to be Kanye during the album playback. Kevin appeared to be particularly affected by the music as the photo showed him with a hand across his face – although it’s not clear whether it was out of despair or if the music was just that good.

A reported tracklist began circulating online and suggests that the album is still called Donda, named after his late mother Donda West. Song titles include Hurricane, I Know God Breathed On This, 24/You’re Gonna Be OK and No Child Left Behind.

Where does Lil Wayne live and how big is his house?