Hollywood Vampires may be a supergroup, but their self-titled 2015 debut album was essentially a souped-up showcase for frontman Alice Cooper. Aerosmith’s Joe Perry, Johnny Depp, and the band provided a hard-rocking foundation for Cooper to pay tribute to what he called his “dead, drunk friends” with covers of the Who, John Lennon, and Jimi Hendrix, among others — all with his typically vaudevillian panache. They recorded a couple of originals for the record but more or less stuck to crowd pleasers like “Whole Lotta Love” and left space for famous friends like Paul McCartney and AC/DC’s Brian Johnson to chip in.

For their second LP, Rise, they inverted the paradigm and recorded mostly originals with only a few covers, and it’s only now that it sounds like a band finding its footing. The band’s MVP is still Cooper, who yuks it up about wanting a “diamond selfie stick” on the hard-rocking, seven-minute opener “I Want My Now” and remains the only vocalist alive who can sing a line like “Darkness, for me, is all I know” convincingly on a track called “Mr. Spider.” He flexes his sense of dark humor on the rockabilly boogie-woogie number “Welcome to Bushwackers,” which features John Waters and Jeff Beck, as he brags, “Girls used to jump on me when I was 23, still do/That’s right, I repeat, they still do.” He’s hilarious and confident even when some of his bandmates are experiencing growing pains. 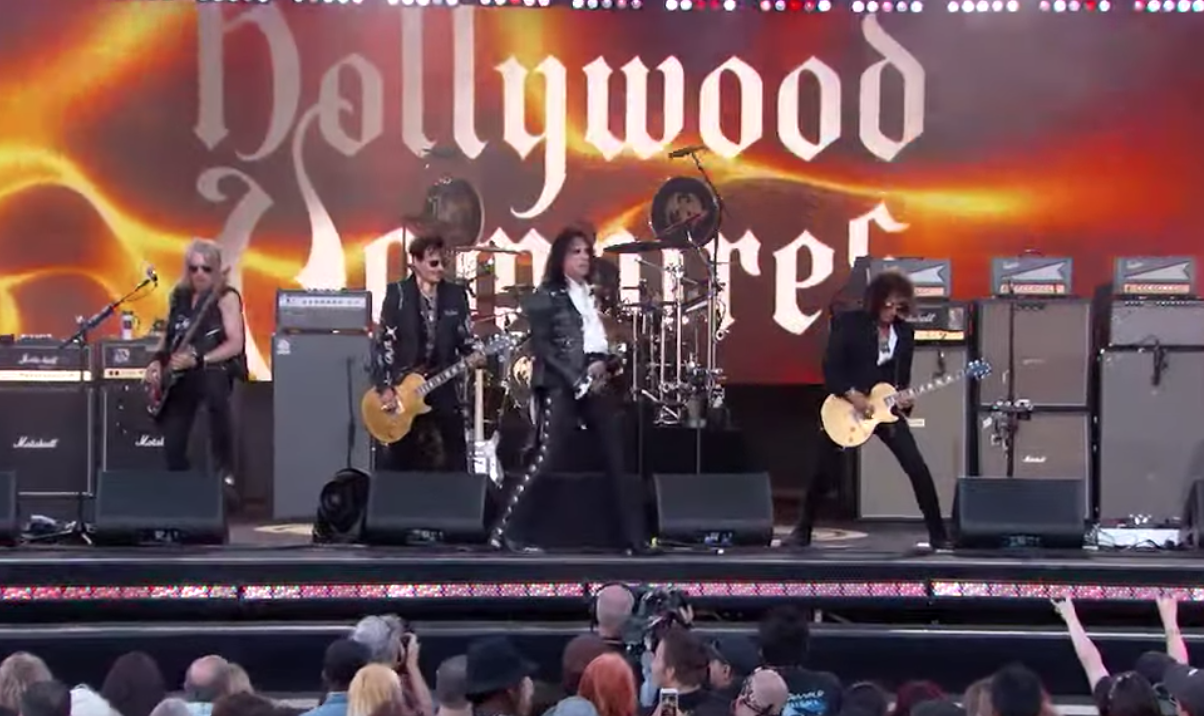 Oddly, some of the weaker moments here are the covers. Depp’s turn at the mic, for a rendition of David Bowie’s “Heroes,” is understated (though, truth be told, no one can do Bowie’s performance on that song justice) and Perry’s vocal for a rendition of Johnny Thunders’ “You Can’t Put Your Arms Around a Memory” is anemic. Neither would be as glaring if they weren’t next to performances by Cooper, who, at 71, sounds as though he’s sipping blood from the fountain of youth. (The exception here is Depp’s punky take on the Jim Carroll Band’s “People Who Died,” which captures the spirit of the first Vampires LP).

Despite the rocky vocal performances, Depp and Perry make up for their shortcomings on the guitar. “The Boogieman Surprise” has a woozy, sea-sickening riffs that give way to a big Cooper chorus, and “New Threat” is all blues-rock swagger with the sort of solo that harks back to Aerosmith’s Seventies peak. The mix of songs is a little uneven (closing track “Congratulations” is a bizarre slam poem recited by Cooper, Depp, and Perry) but Rise shows where the band’s three stars’ personalities unite in a Venn diagram and work together well. It’s just that these Vampires sound best when they’re sharing the same blood source.