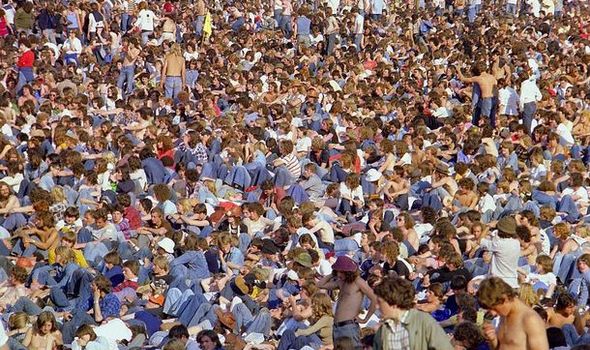 Few people remember the group Stackridge today. And it is hardly surprising – their music is, politely put, very much of its time.

Yet on September 19, 1970, the band took to a tiny stage made out of plywood and scaffolding (lashed to two apple trees in case of heavy winds) and became the first act to play at a music event organised by a 34-year-old dairy farmer called Michael Eavis.

Their early-afternoon audience may have numbered no more than a couple of hundred people – but this is where the Glastonbury festival began.

Michael, who is now 84, had been inspired to put on the Pilton Pop, Folk and Blues Festival after seeing a young Led Zeppelin perform in the nearby city of Bath a few months before.

The plan was for The Kinks to headline the event, with tickets priced at £1 each.

But The Kinks’ famously grumpy lead singer Ray Davies found nothing at all funny about this small event, which was expected to attract no more than 3,000 people.

Realising how small the festival would be, he abruptly pulled his band out of the event, even sending a doctor’s note as proof that he was not well enough to perform. 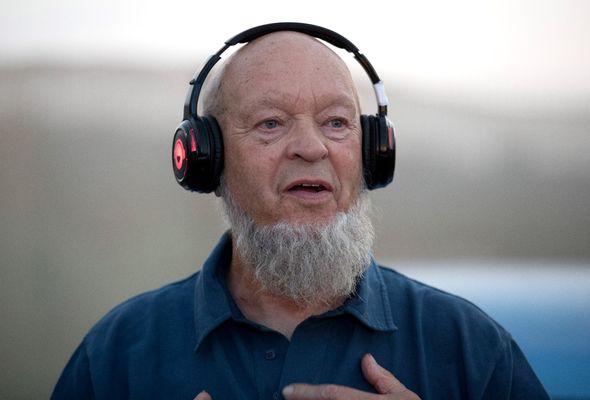 On top of that setback, Michael also had to deal with the villagers of nearby Pilton, many of whom were none too keen on thousands of flower power music fans descending on their community.

Desperately seeking an alternative, he managed to persuade Marc Bolan and T-Rex, who were handily passing near the area on their way to a gig at Butlins in Minehead, Somerset, to play for £500.

A poorer omen came when Jimi Hendrix was found dead in his London flat just a day before the festival was due to begin, aged just 27.

And so a minute’s silence was held in memory of Hendrix just before Stackridge took to the stage.

At this point many of those who had made it to the farm had walked through Pilton and experienced the frostiest of Somerset welcomes. A sign on the door of the village pub read “Hippies Keep Out” while Michael had yet more problems to deal with, this time regarding a more than slightly dubious security outfit. He told Q magazine in 1996: “A week or so before the big day, I had a call from this fellow with a rich Somerset accent. “He sounded very genuine, offering to do security for the festival at £2 per hour per person. That seemed very reasonable, so I agreed. 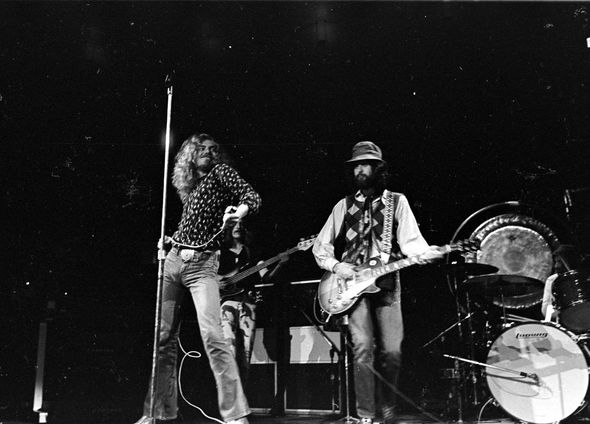 “When the day dawned, he and his mates turned up and they were the ugliest lot of Hell’s Angels you’ve ever seen. What a fright I got. But I had agreed, so I had to take them on.

“In the night, they burnt a hay wagon that had belonged to my father. They also stole the ox from the ox-roast. In the morning I paid them and I’m glad to say I never saw them again.” Blues singer Duster Bennett, psychedelic rock band Quintessence and Scottish folk artist Al Stewart were among the other performers on the solitary and somewhat precarious stage. Mike Slater, the flautist for Stackridge, began exploring the site after his band’s early performance.

He later recalled: “I think ‘genteel’ would best describe the atmosphere of the crowd. I don’t mean the upper-class sort of gentility, but the courteousness and deference that would usually pervade a gathering of young heads back then.

“The ones there were never going to lose their cool and ignite insurrection.”

Ian Anderson, of Jethro Tull, had gone along for the fun. He recalls an atmosphere light years removed from today’s securityconscious Glastonbury.

He said: “It was incredibly ramshackle. Lots of Afghan coats and nothing resembling a backstage area.

“You could just park at the back of the stage, get out your guitar and climb on to the stage. The audience had total access everywhere.”

As Marc Bolan and T-Rex played while the sun sank behind the stage on the second night, the inaugural Glastonbury looked to have been a success in the eyes of pretty much everyone – except Eavis.

As Worthy Farm began to readjust to its normal life as a working dairy farm, he calculated that he had lost £1,500. However, salvation came from the unlikeliest of benefactors.

Thanks to financial contributions from none other than Winston Churchill’s granddaughter Arabella and the author John Mitchell the event, renamed Glastonbury Fair, came back in 1971.

And by the time of the third festival in 1979, it started to become as big a part of the British summer calendar as Wimbledon fortnight and Royal Ascot.

“I discovered I could take the strain without cracking up,” wrote Michael.