In 1973, former Beatle George Harrison began a brief affair with the wife of his still-close friend and previous band mate Ringo Starr.

Starr’s reaction was to go carousing with John Lennon in L.A.

The other injured party, Harrison’s wife Pattie Boyd, discovered the most effective revenge against her husband. She threw herself into something he had strictly forbade her to do throughout their marriage. 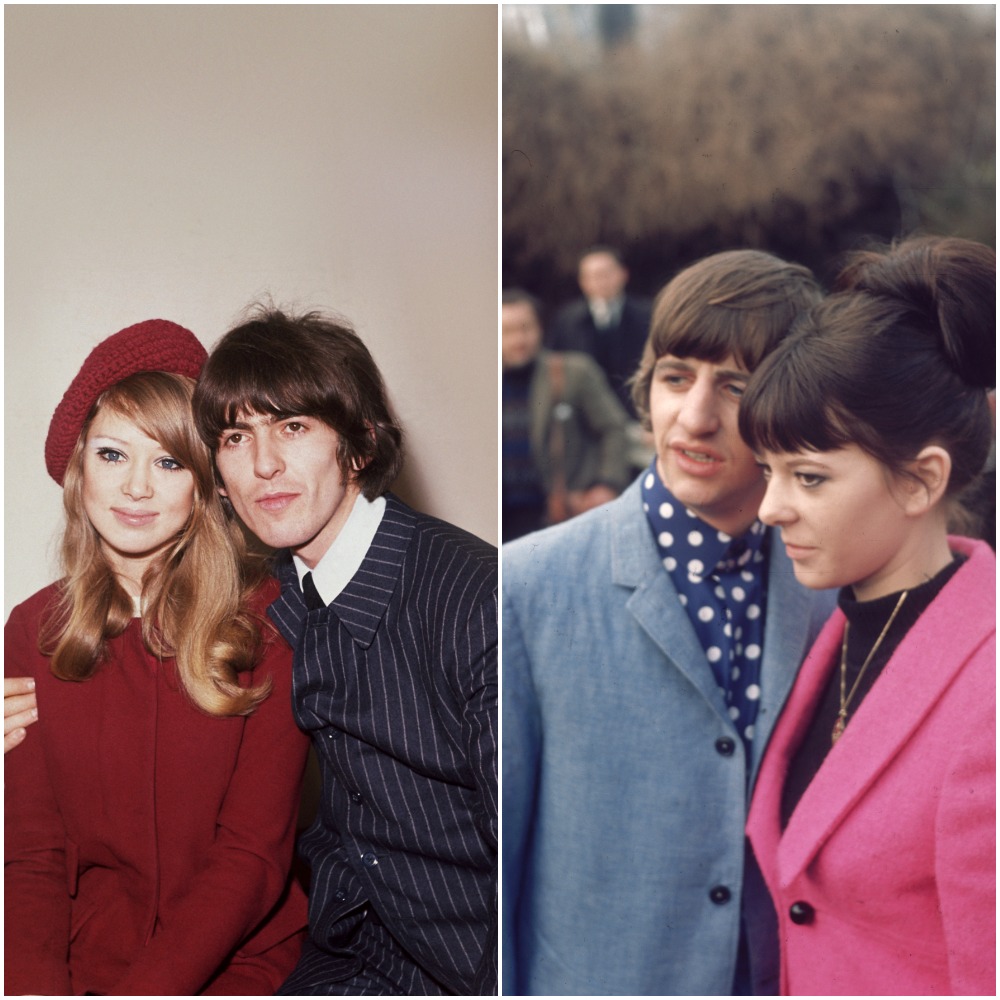 In 1971, Starr bought John Lennon’s Tittenhurst Park estate from his band mate. The drummer and his wife entertained often there and it was during one of these evenings that the 26-room Berkshire home became the location for the beginning of the end of the Starrs’ marriage.

In her book Miss O’Dell: Hard Days and Long Nights with The Beatles, The Stones, Bob Dylan and Eric Clapton, author Chris O’Dell, who was an employee of the Beatles’ Apple Corporation and good friend to the Harrisons and Starrs, documented the unsavory incident.

“We sat at the long wooden table in the kitchen, Ringo and George on one bench, Pattie and I facing them on the opposite bench,” O’Dell wrote. “Maureen spent the entire evening flitting around like a little bird, landing here, then there, jumping up to cook an omelet for Ringo, refilling our drinks, bringing plates of food to the table.”

O’Dell stated that finally at one point Harrison who had been secluding himself regularly with Ringo’s wife in the weeks leading up to that evening “turned to Ringo and said, ‘You know, Ringo, I’m in love with your wife.’”

Describing her anger with Harrison for his “indifference” for the feelings of his wife Boyd who was sitting at the same table, O’Dell noted Ringo’s only reaction was to quietly say ‘Better you than someone we don’t know.’”

A Starr biographer Michael Seth Starr (no relation) wrote in Ringo: With a Little Help that the “Photograph” singer was actually “horrified by the revelation.” Detailing how the situation only “got worse,” the author said that weeks after that night, Boyd arrived home to the Friar Park mansion she shared with Harrison and discovered “George in bed with Maureen.”

Harrison and Boyd stayed married for a few years after the affair that became known as “the situation.” The couple ultimately divorced in 1977.

Harrison’s wife Olivia spoke about his effect on women

The “quiet Beatle” met his wife Olivia while she was employed by A&M Records. That record company handled his Dark Horse Records label. The two spoke frequently by phone and Harrison eventually hired her to work for his record company. They became a couple, Olivia gave birth to their son Dhani, and they married in 1978.

The Guardian reported that Olivia spoke diplomatically of her husband’s “appreciation of women” to filmmaker Martin Scorsese during the making of his 2011 documentary George Harrison: Living in the Material World.

“He did like women and women did like him,” she said. “If he just said a couple of words to you it would have a profound effect. So it was hard to deal with someone who was so well loved.”

Despite this side of her spouse, the couple “came through things” and remained married until Harrison’s death in 2001.

According to Starr’s biographer, Boyd acted swiftly to do what she knew her husband would be displeased with most. “Pattie, meanwhile, avenged George’s betrayal by returning to her modeling career – something George had always forbidden – and having her first affair, choosing Ronnie Wood, the guitarist for The Faces (who later joined The Rolling Stones).”

The Starrs also ended up divorcing, with their marriage dissolving in 1975.