Freddie loved to talk. He loved to entertain, tease and provoke in interviews. You can often spot how much fun he is having but even when he was being his most playful, there was always a core of truth to what he said. He spoke often about his deep love for Mary Austin but almost never made any direct references to his male partners. Not even Jim Hutton, who lived with Freddie for the last years of his life.

Jim Hutton’s detractors have claimed he really was just the “gardener” which is how he was paid. But Mary also received a wage, as did ex-boyfriend and live-in chef Joe Fanelli and Freddie’s PA, Peter Freestone. But they were all more family than employees.

In fact, the Irishman worked as a hairdresser long after he had settled down with the Queen frontman.

Freddie may have referred to Jim as “the gardener” in jest to friends or to his family, with whom was never directly open about his sexuality. Homosexuality was more becoming accepted in the 1980s but still rarely admitted by public figures.

The array of photos and home videos are a testament to the depth of their relationship. Some (below, courtesy of FreddieMercuryClub) even show Jim and Mary sat next to each other at one party. 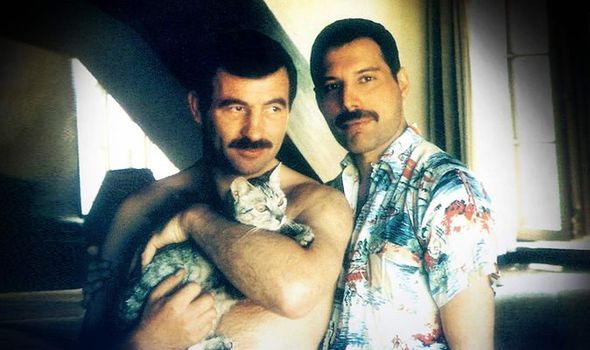 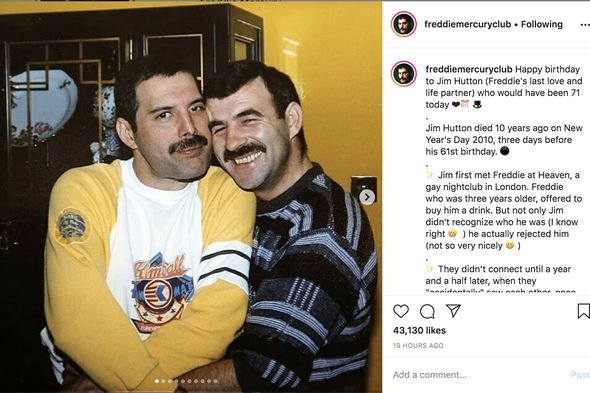 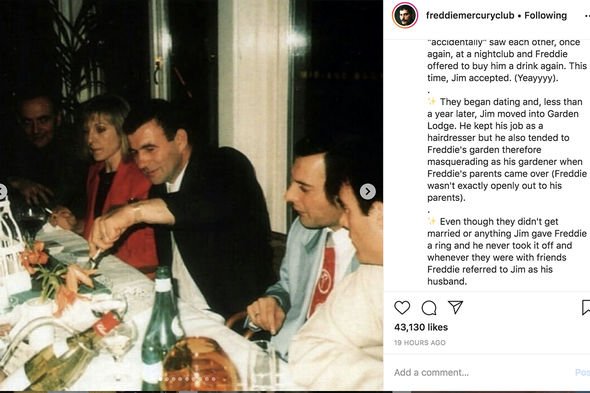 In only one interview did Freddie speak directly about Jim, although he still did not name him.

This was as much for Jim’s privacy as Freddie’s. Brian May referred to their relationship in an interview a week after Freddie had died but also chose to protect Jim’s anonymity.

They were never officially photographed together in public, although there is one candid shot of them backstage at Live Aid.

In the interview, Freddie said; “I’m very happy with my relationship at the moment and I honestly couldn’t ask for better. 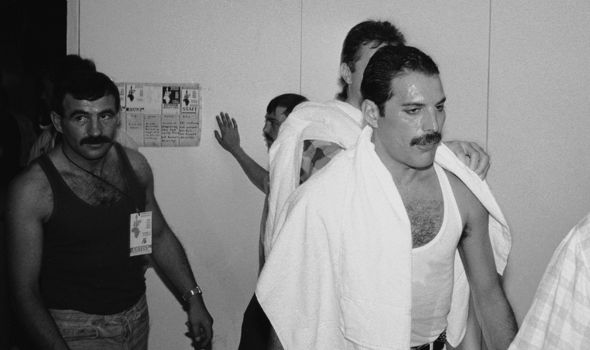 He continued; “It’s a kind of… solace. Yes, that’s a good word for it. There s this kind of solace that I’ve got now.

“I’ve got a  very understanding relationship. It sounds so boring but it’s wonderful.”

Freddie Mercury final days: He left his bed one last time to do THIS

Freddie Mercury ‘PROMISED the house to JIM not Mary’ Is this TRUE?

Of course, Freddie couldn’t resist being a  little playful and comparing himself to two of the greatest divas of modern times.

He said; “Piaf did it. So did Streisand. Now I have a hairdresser husband, dear!

“I’ve finally found that niche I was looking for all my life and no f***er in this universe is going to upset it.”

There is no need to debate whether Freddie loved Mary or Jim more. They brought Freddie different things and they were both there, constantly by his side in the difficult last months of his life. Hutton died on January 1, 2010. Although he had also contracted HIV, he had successfully received medication and died from cancer.

In the end, Freddie loved and was loved. He found “solace” in being able to accept and trust that love.

What more can anyone want?