Home » Music » Frankie Goes to Hollywood: What happened to lead singer Holly Johnson? ‘I live like a nun’

Frankie Goes to Hollywood’s name is almost synonymous with the 1980s. Their song Relax became an anthem for that time, even inspiring matching T-shirts. The band received worldwide fame for a period of time – but what has since happened to their lead singer, Holly Johnson?

As a teenager he went by Holly, and was a big fan of David Bowie, becoming involved in local bands.

He was involved in the city’s punk rock and new wave scene of the late 1970s, playing bass with local band Big in Japan before releasing some solo singles which did not make many waves.

In 1982, he joined Frankie Goes to Hollywood as their lead singer, naming the band after an article he read about Frank Sinatra.

READ MORE:  Motley Crue members: How many band members have been in Motley Crue? 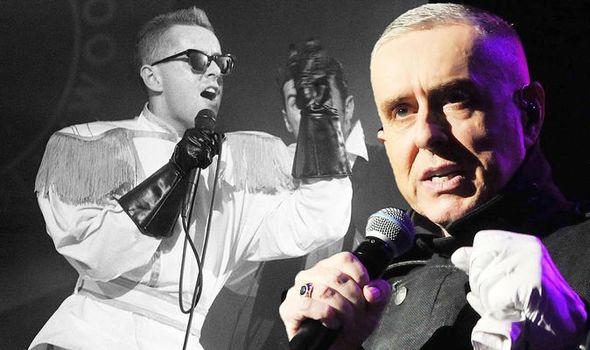 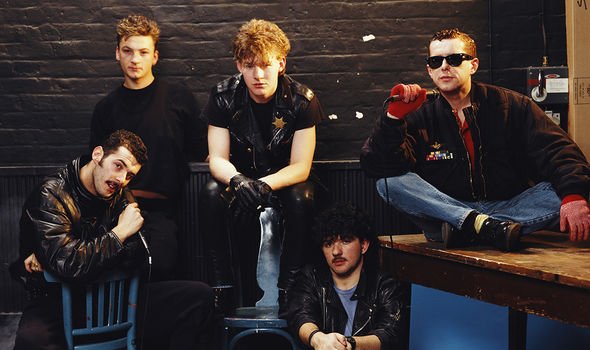 Soon, his local celebrity status grew to much bigger success and fame thanks to their debut single, 1983’s Relax.

The single was banned by the BBC in 1984 while at Number Six, BBC DJ Mike Read objected to the ‘obscene’ nature of the record’s front cover – which features a scantily clad man and woman holding eachother.

While live on air, he removed the track from the turntable in outrage and the BBC issued a blanket ban on the single.

Relax was removed from all of the BBC’s radio stations and TV channels, which meant it did not feature on Top of the Pops when it reached Number One. 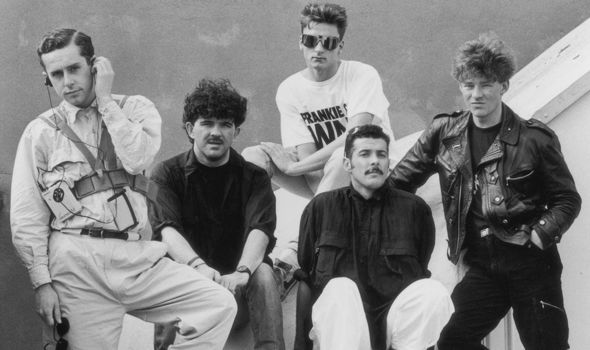 But despite the controversy, Relax continued to climb the charts to number one, where it stayed for five weeks.

After this, it stayed in the charts over the course of 1984 and is now the seventh best-selling UK single of all time.

Their second song, anti-war track Two Tribes, was also hugely popular, going straight to Number One in the UK charts and staying there for nine weeks, and is in the top 30 best-selling UK singles ever.

Their third single, The Power of Love, was also a huge hit, with a controversial music video featuring the Nativity scene, before their fourth single, Welcome to the Pleasuredome, became the group’s first not to make it to the top spot in the charts. 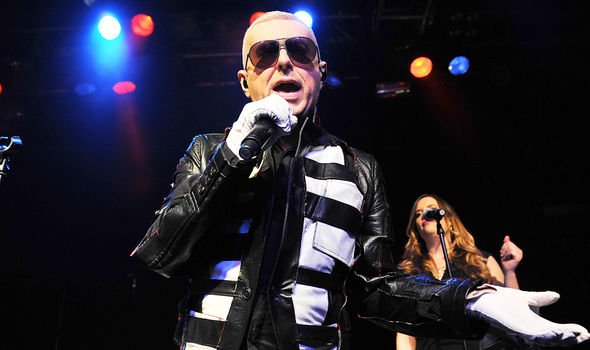 The album of the same name was a huge success but their 1986 follow-up, Liverpool, was not received well by critics or fans and marked the beginning of the group’s decline.

Over the course of their growing fame, relationships between Holly and the rest of the band had become difficult, ultimately leading to Holly’s departure from the group after their tour was completed in 1987, during which time there had been incidents backstage between band members.

Their label, ZTT, sued Holly when he attempted to release solo material with another label, MCA Records, in a court battle which went on for two years.

Ultimately Holly was named the victor, and he and his Frankie Goes to Hollywood collaborators were released from their contracts.

The FGTH members all did their own things for some years, with Holly and band member Paul Rutherford releasing solo material.

Since then, Holly has continued to perform as a solo artist, however these performances have been few and far between, and he told The Guardian in 2007 he “lives like a nun” to keep himself in good health since his diagnosis of HIV in 1991.

“I take copious amounts of vitamins and medications. I do everything possible to support my health.”

He lives in London with his long-term partner Wolfgang Kuhle and has released four studio solo albums outside of his FGTH work, doing occasional tours and performances.

Fans are turning their favorite celebrities into hand sanitizer memes, from Ariana Grande to Chris Evans

The real reason Miranda Lambert’s husband retired from the NYPD