Home » Music » Elvis Presley friends: Who were the Memphis Mafia?

Elvis Presley was surrounded by people throughout his entire career, whether it was groupies and female fans, his family or his security. Some of these were known as the Memphis Mafia, but they were not all welcomed to stick around after Elvis’ father, Vernon, got involved. But who were they, what did they do and why were they not around when Elvis died?

The members of the Memphis Mafia changed a few times over the years, beginning with family and close friends of his.

His first cousins, Junior and Gene Smith, were among the early members, as well as his high school friend Red West and singer Cliff Gleaves, along with the only female, Judy Spreckels.

Speaking about the early days to CBS, Judy said: “”There wasn’t a crowd then, just a few guys.

“[I] had nothing to do with being a yes man for him and obviously he trusted me.” 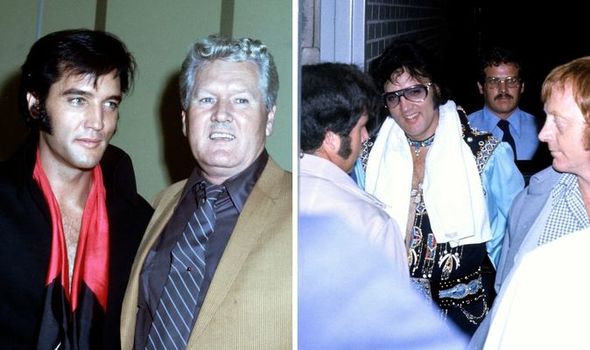 Billy was the only one still with Elvis after 1976, as all of the other Memphis Mafia members had either left or been dismissed by that time.

There were also numerous others, and Jerry in particular became well known for his links to Elvis, going on to manage various musical acts including The Beach Boys and Elvis’ daughter, Lisa Marie. 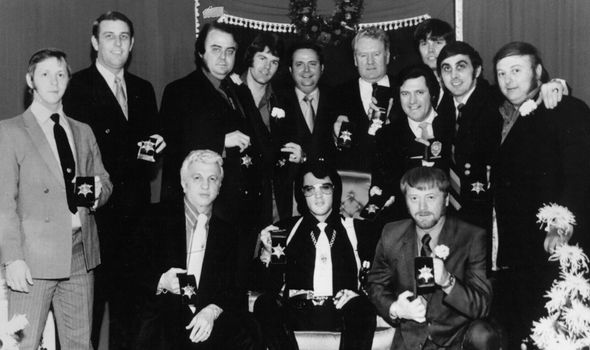 The name of the group came after the media coined it in 1960, reportedly after fans questioned their ‘Mafia-style’ black suits.

This was even written across Elvis’ private jet, and was used in various merchandise and memorabilia. 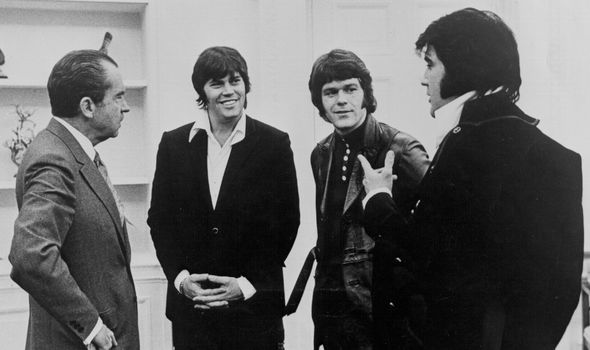 The group’s roles were varied, with Red and Sonny West mainly being bodyguards for the singer.

Charlie Hodge once spoke out about some of his duties to the Los Angeles Times other than being Elvis’ guitarist, speaking after Elvis’ death.

He said: “I’d fluff his hair back out, the way he liked it. Elvis would’ve kicked my rear end if I hadn’t.”

“We all just sort of assumed certain duties. Everybody had their jobs to do. 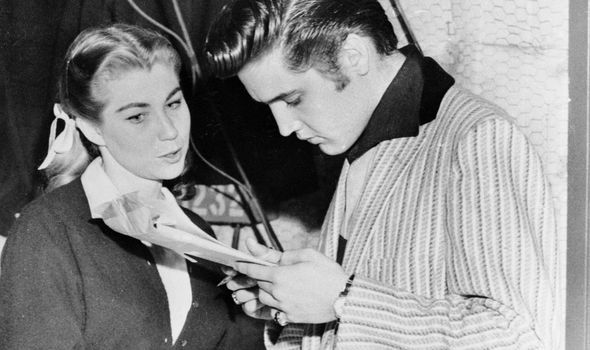 “Nothing appointed or anything. We just knew we wanted everything to run smoothly.

“When you think about the huge numbers of people–all the fans that turned out–you have to think it was all pretty dignified.”

Despite them seeming to be friends and confidantes, some were unsure of the Memphis Mafia, namely Vernon Presley, Elvis’ father.

As Elvis grew older, and after his divorce from Priscilla, Vernon was concerned about his son’s financial state, and how much money he was paying to the Memphis Mafia for their duties.

Vernon, at different points, hired and fired various members, with Red and Sonny deciding to write a tell-all book about Elvis after their dismissal.

Elvis was reportedly “hurt” by this book, which was released just two weeks before his death.

By the time of his death, Billy was the only member to be around from the beginning until close to his death.