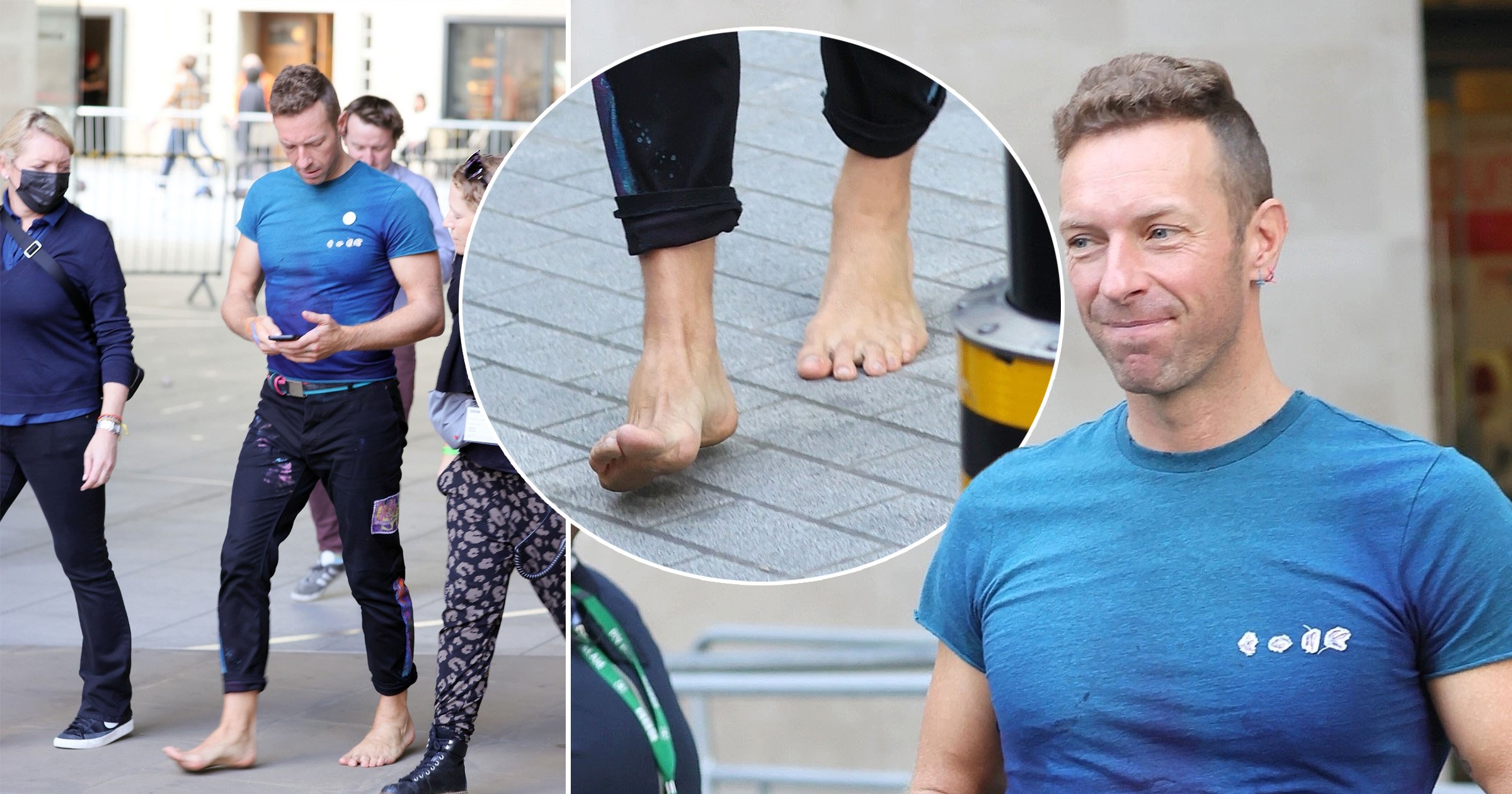 We’ve all got used to dressing more casually since the world ground to a halt in March 2020 at the start of the pandemic, but Chris Martin is taking it to another level.

The Coldplay frontman was spotted strolling around London looking comfortable in a T-shirt and jeans – oh, and without any shoes or socks.

He’s clearly not afraid of a rogue bit of glass finding its way into his sole.

Chris was photographed coming out of the BBC Live Lounge in London on Monday afternoon.

The 44-year-old appeared relaxed and in a good mood, and was reportedly more than happy to chat and take selfies with fans.

We’re not entirely sure what exactly happened in the Live Lounge, but judging by Chris’s barefoot look and the colourful paint splashed across his arms and black jeans, we’re guessing it wasn’t a boring session.

Chris and his Coldplay bandmates are gearing up to release their next album Music of the Spheres, which is set for release on October 15.

Last week the track soared straight to top the Hot 100 chart in the US after clocking up 11.5million streams and 5.5million radio airplay audience impressions, as well as 127,000 downloads and physical singles combined.

Chris’ barefoot jaunt this week is not the first time the Fix You singer has decided against footwear when out and about: in August 2020 he was spotted enjoying a barefoot bike ride shortly after his ex-wife Gwyneth Paltrow told the media that she was the one who pulled the plug on their 13 year marriage.

Despite his and Gwyneth’s ‘conscious uncoupling’ being back in the media years after their famous break-up, Chris looked happy to be out and about, smiling for the cameras as he cycled barefoot through the park.

The pair have remained firm friends throughout it all, with Gwyneth now happily married to Brad Falchuk and Chris in a long-term relationship with actress Dakota Johnson.

The ex-spouses get on so well, in fact, that Gwyneth recently referred to her ex-husband as being ‘like my brother’.

She told the Today show that their marriage and divorce ‘worked out well’, with both couples often going on holiday together so Chris and Gwyneth’s children can holiday with both their parents at the same time.

The Bizarre Surgical Procedure Grimes Had Done On Her Eyes