Home » Music » BTS: Jungkook Discussed His Cover of 'Never Not' During a VLIVE With V

On May 5, BTS members Jungkook and V held a VLIVE livestream where they made carnations for Parents’ Day. During the broadcast, the two chatted with fans, and Jungkook told ARMY he should visit VLIVE more often. 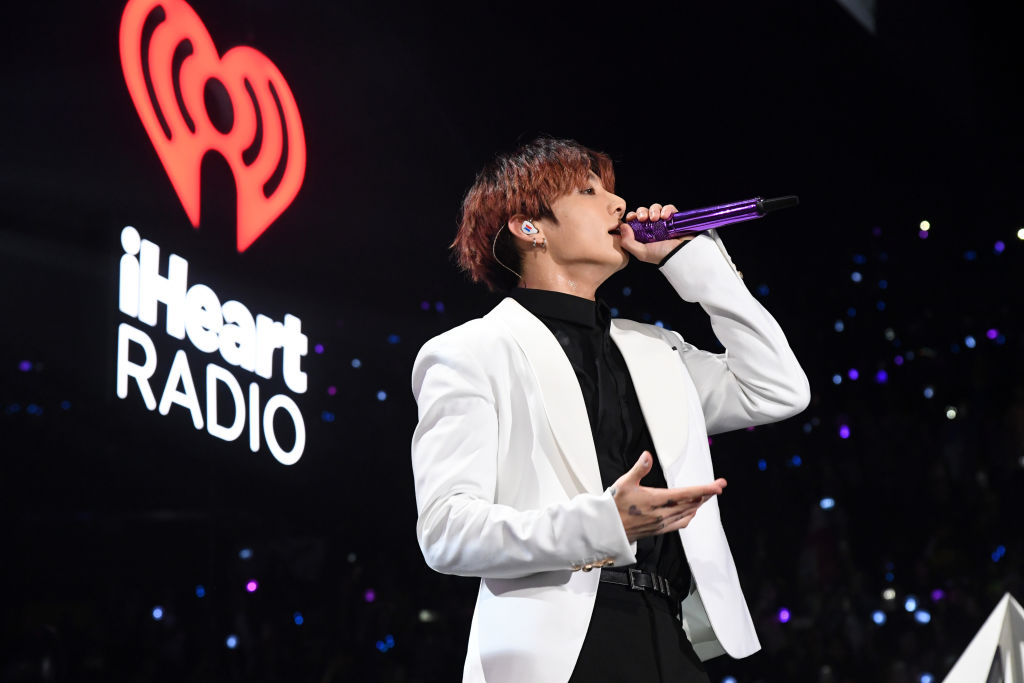 Both Jungkook and V are working hard on music

Before holding the VLIVE, both V and Jungkook caused quite a stir on social media. Jungkook recently covered Lauv’s “Never Not” and posted the cover to Twitter. The clip became the fastest tweet to reach 1 million views in 2020 and also reached 1 million likes within two hours. To date, Jungkook’s tweet has over 2 million likes and over 21 million views.

On April 28, V held a VLIVE where he shared snippets of his songs with fans. Recently, the BTS singer posted in the chatroom of an online game. In his posts, V hinted he might release a mixtape of his own songs.

“I wrote several songs. Please anticipate it,” V wrote in one message according to a fan translation.

His second post read, “I should release a mixtape.”

The BTS members made carnations for Parents’ Day

The two titled the livestream on May 5 “Practice making carnations for Parents’ Day!” Before they began crafting, they discussed what they had been up to. The two told viewers they recently picked strawberries.

“When I get bored, I produce music at home,” V said, according to an online translation.

“I could tell you’re spending a lot of time on it,” Jungkook told him. He continued, “I have more free time these days. So I’m trying to learn this and that. I’m learning to play guitar and box. I’m doing what I couldn’t do when I didn’t have much time.”

Jungkook talked about his cover of ‘Never Not’

Towards the end of the VLIVE, V asked Jungkook to sing “Never Not,” the song he posted on BTS’s Twitter account.

“Will you please sing?” V asked.

“I can’t do multiple things at the same time,” Jungkook said.

“Some time ago in the past,” Jungkook said. “I got the official instrumental from Lauv. I received it. I wanted to cover the song. But I couldn’t do that for some reasons.”

V played the song, and Jungkook sang along, acknowledging the cover he posted on Twitter.

“I posted a clip of singing this song on Twitter,” he said. “But I made a mistake in the latter part. I posted it.”

“I sang the song with wrong lyrics,” Jungkook said. “So I stopped and posted the clip.”

Cardi B Denies Paving the Way for Female Rappers, but Insists She Gives Them Hope