For some, the wait for Hold Me Closer has been a matter of weeks – rumours of a collaboration between Britney Spears and Sir Elton John first began circling in July. But for most Britney fans, the wait has been an anxious and lengthy six years.

The iconic singer, 40, last released new material in 2016. Since then, a series of legal battles, pursued to finally free her from a 13-year-long conservatorship, have prevented her from focusing on the music.

First things first, it’s lovely to see Britney back on the scene and in a happier place. I’m a millennial, born in 1994, and she was the first solo popstar I ever recognised. The look, the voice, the songs – she was, and remains, unmistakable.

I’m not a Britney devotee, so I’d been largely ignorant of what was really going on behind the scenes. But now the details have come out in the wash, I’m incredibly relieved to be sat here reviewing new music from her. It’s good to have her back.

With Hold Me Closer, Britney has taken a conservative first step back into the pop world – but it’s understandable.

The last time Britney had a top 10 hit in the UK, David Cameron was Prime Minister and the iPhone 5 was the latest Apple product. 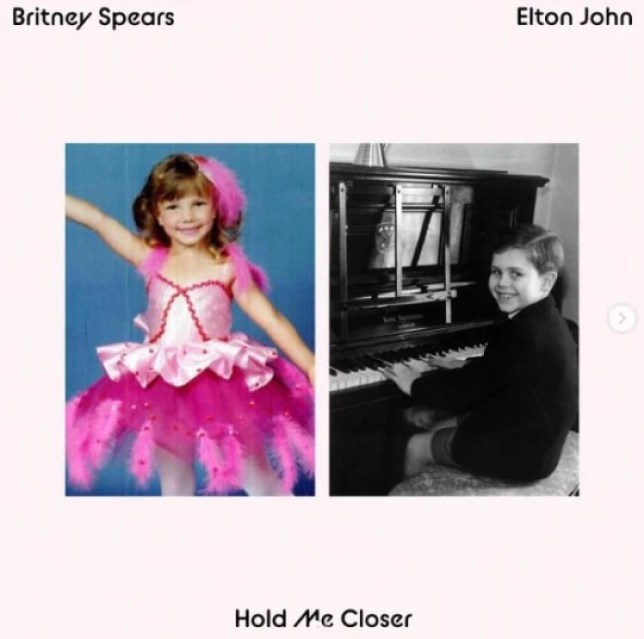 It’s been a long, difficult era for her since then; I appreciate that Britney will want to dip her toes into the water just to see which way it’s flowing. Even in the age of streaming, when musical trends have better longevity, the charts still move fast.

Dua Lipa producer Andrew Watt has been drafted in to assemble a medley of Elton John classics and render them with enough polish for the 2020s. I was unsurprised to learn that Watt worked with Dua on Future Nostalgia.

As soon as Hold Me Closer leaves its opening strands behind, it kicks in with a funked-up force and syncopated bass riff that are both instantly reminiscent of Dua’s Don’t Start Now. Its rhythm section is tight and kinetic, its melodies are serene and blissful.

But where Dua’s Don’t Start Now was unmistakably hers, there are no Britney calling cards anywhere to be found on Hold Me Closer. The instrumental production is crisp and sharp, but the vocal production leaves Britney obscured and almost anonymous.

It makes sense for Sir Elton to return to this particular well, and to bring Britney along for the ride. He landed a smash hit alongside Dua Lipa with Cold Heart – which interpolated his 1972 hit Rocket Man. But his presence here almost completely overshadows Britney.

If I was asked to listen to Hold Me Closer without being informed as to who was credited on the song, Britney wouldn’t be in my top five guesses. The general public will hear this song on the radio and react with surprise when they find out she’s billed equally alongside Sir Elton.

Such is the way the charts are constructed now, I’ve already contributed to Hold Me Closer’s eventual chart position just by listening to it for this review. The names alone are enough to drive this song’s success, and I wish it well because a world with a happier, healthier Britney Spears is a better one.

But I hope her future singles contain more of Britney’s identity, because she is a unique and special popstar.

In 2007, Britney had been away for two years. Before comeback single Gimme More even began, she had announced her return by telling us all, ‘It’s Britney, bitch.’

With that in mind after listening to Hold Me Closer several times, it’s unfortunate that I still feel the need to ask if Britney’s really there.

Did Van Halen Have a Fourth Singer? Mitch Malloy Tells His Story

Was The Notorious B.I.G. Married to Lil' Kim?