Home » Music » 2020 Grammys: Miley Cyrus Has a Theory on Why She Wasn’t Invited 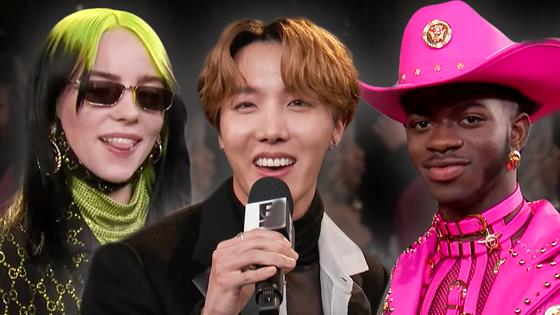 Who needs to go to a fancy Hollywood party anyway?!

Sunday marked the 2020 Grammys, where all of the music industry’s best and brightest stars took to the awards show to celebrate the year’s biggest achievements in music. While many of your faves probably graced the red carpet, there were a few classic famous faces missing. According to Miley Cyrus, apparently her invite got lost in the mail. Miley took to Instagram to post a little throwback clip of herself, and in the process threw a little bit of shade at the Recording Academy.

“& we wonder why I’m not invited to award shows anymore,” the “Wrecking Ball” singer captioned a video of herself smoking a blunt during the MTV EMA’s in 2013. Other celebrities commented on the video praising Miley, including Real Housewives of Beverly Hills star Lisa Rinna. “I’d have you at mine if I had one,” she commented on the post.

Miley may not have been in attendance at the event, but it was still a big night for the Cyrus family. Her little sister Noah Cyrus attended the big event with her dad Billy Ray Cyrus who ended up winning two Grammys. He was awarded the Best Pop Duo/Group Performance and Best Music Video along with Lil Nas X for “Old Town Road.”

“So honored to win Best Music Video and Best Pop Duo/Group Performance,” Billy posted with a photo holding his two awards. “I’d like to dedicate both to Kobe and his beautiful daughter. Sending my thoughts and prayers to his family and friends during this difficult time.”

The untold truth of Lisa from Blackpink

Here’s How Much Luke Bryan Is Actually Worth

Somebody Once Told Me: An Oral History of Smash Mouth’s ‘All Star’