Home » Movies » 'Yesterday': We Need to Talk About That Surprising Reveal (Spoiler Alert)

“When we came to test the film, yes, there are some people that don’t like it at all. But other people like it enormously,” director Danny Boyle tells USA Today of the scene 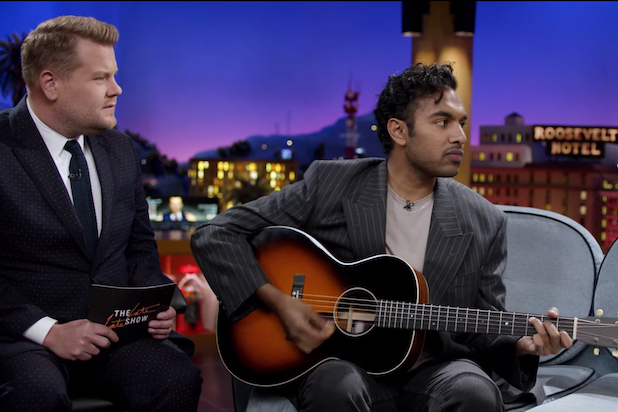 There’s a moment in “Yesterday” that is, frankly, amazing. It’s more amazing than its already bonkers premise in which no one remembers The Beatles — or that they aren’t the only thing that has been accidentally erased from memory. Or even that Ed Sheeran, at one point, compares himself to the 17th-18th century composer, Antonio Salieri, after hearing “The Long and Winding Road” for the first time.

No, it’s a moment in the movie that, if you’re a Beatles fan, raises more questions than it answers. Granted, this is a goofy romantic comedy and jukebox musical that shouldn’t necessarily be picked apart and scrutinized. But there’s something in the way this moment moves that strikes me like no other, and it’s worth taking a moment to talk about it.

In fact, the scene we’re talking about has proven to be particularly divisive to audiences that have otherwise enjoyed the film. Director Danny Boyle recently described the moment as the “Marmite scene,” something that “divides people very clearly.”

“When we came to test the film, yes, there are some people that don’t like [the scene] at all. But other people like it enormously,” Boyle told USA Today.

From here, it’s impossible to discuss what happens without touching on some spoilers. So let me take you down, because this is certainly not nothing to get hung about.

(SPOILER ALERT! Leave now if you don’t want to read SPOILERS for “Yesterday.”)

There is a lot that feels strange in “Yesterday,” but the scene that feels the weirdest comes after the protagonist Jack (Himesh Patel) has met a pair of other Beatles fans who miraculously still remember the band. They hand him a slip of paper saying, “this took a lot of digging.”

Jack then makes a pilgrimage to a beach home in a remote part of England. Standing there to greet him at the door is an old man with long gray hair down to his shoulders and a pair of thin, round glasses.

This might gobsmack you for a couple of reasons. Aside from the fact that it’s John-freakin’-Lennon, nothing of the scene has been teased in any marketing materials or otherwise, and Boyle said that was done to keep the moment “pure.”

Boyle also says that he sent the finished film to all the surviving members of the band, and he even got a vote of approval from Ringo Starr and Olivia Harrison, George Harrison’s widow.

It also comes as a surprise in the context of the film. You might’ve previously guessed that Lennon, Paul McCartney, George Harrison and Ringo Starr themselves never existed if The Beatles didn’t. Jack is even terrified that when he goes on “The Late Late Show with James Corden” that Corden will bring out the real Paul and Ringo and expose him as a fraud. But the scene is a dream sequence, and that cameo with the very much alive Beatles never comes.

Boyle and the studio have kept mum about who is the actor that plays John Lennon. TheWrap reached out to Universal for comment on the un-credited star and whether Lennon’s likeness was approved by his widow Yoko Ono, but the studio did not immediately respond.

“I know the actor — and this wasn’t the reason for casting him — but I also knew that he was a John Lennon fan. He knew more than any of us about John,” Boyle told USA Today. “That was wonderful, because it was a proper reverence and respect, really. The only thing he asked was that he didn’t want a credit… to try and avoid drawing attention to it in any way other than its appearance in the story.”

So, in this alternate universe, what exactly has Lennon been doing with his died-too-young life instead of writing songs like “Imagine”? Turns out he’s been living peacefully, now at age 78. He travels the world and speaks about helping others or doing charity work abroad. And he also said he met the woman he loved but that things grew complicated. Could he be hinting that he still met Yoko Ono and the two fell in love, but could never make it work since he wasn’t a Beatle?

He leaves Jack with a piece of advice in the form of a third-act push suitable for any rom-comedy: he inspires Jack to win back the girl and do the right thing. He tells Jack to tell the woman he loves that he loves her, and to always tell the truth. And then Jack asks him for a hug.

I wonder what I might ask John Lennon if he avoided assassination at 40 and grew old… and if I ever got the chance to meet him. Paul McCartney wrote a whole song about it (“Here Today”). Whereas McCartney will forever be Peter Pan, writing pop songs with the biggest stars of the day, Lennon’s music matured, writing about fatherhood, married life and peace.

Like a lot of the burning “Twilight Zone”-style questions you might have about a world without The Beatles, any real substance about Lennon late-in-life goes unanswered. In “Yesterday,” he resembles a general symbol of peace and love, rather than the feisty, funny, mop-top kid you can see in countless clips of Lennon, or the politically active, avant-garde activist that he became later in his life.

For Boyle and many others, however, the scene has been seen as respectful and a powerful image for Beatles lovers everywhere.

“Somebody’s life was robbed and movies can give him back to us, just for a moment,” Boyle told USA Today. “And I love that about movies.”

The movie Mila Kunis regrets making to this day