By moving almost all of its screenings to a virtual platform, the festival drew the largest audience in its history 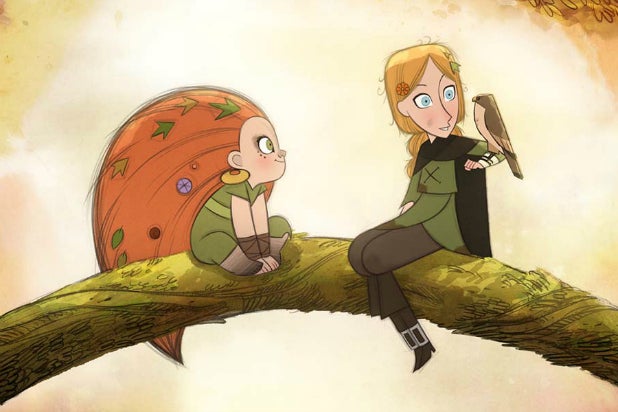 The Irish animated film “Wolfwalkers” and the COVID-19 documentary “76 Days” won the top awards at the AFI Fest 2020, a largely virtual film festival that ran from Oct. 15-22.

“Wolfwalkers,” which deals with Irish fables and was directed by Tomm Moore and Ross Stewart from the Cartoon Saloon animation house, won the audience award as the festival’s best narrative feature, a prize that typically goes to a live-action film.

“76 Days,” which was filmed, sometimes surreptitiously, in hospitals in Wuhan, China, in the early days of the pandemic, won the audience prize for documentary.

Jury prizes went to the live-action film “Pillars” and the animated feature “Tiger and Ox.”

Because its screenings took place for the most part on a virtual platform, this year’s AFI Fest attracted the largest audience in the festival’s 34-year history. The festival showed 55 features, 33 shorts and three episodic programs.

Grand Jury Prize – Animation: “Tiger and Ox,” Seunghee Kim
Jury Statement: “With its economical, yet powerful use of the animated medium, this film tells a tender intergenerational story of the layered relationship between a mother and a daughter and invites us to engage in necessary conversations around gender and trauma.”

Special Mention: “Black Goat,” Yi Tang
Jury Statement: “Gifted with an original cinematic voice, the filmmaker reclaims the often-taboo transformation of a young girl’s body in a singular context. Harnessing magical realism to enhance this journey from shame to acceptance, this film both enchants and empowers.”

Special Mention: “Maalbeek,” Ismaël Joffroy Chandoutis
Jury Statement: “Departing from a tragic event, the director created a hybrid piece that is as immersive as it is moving and haunting. The reconstruction of a traumatic memory, both the personal and the collective, come to life in vibrant form.”

Special Mention: “Umbilical,” Danski Tang)
Jury Statement: “Poignant and eye-popping, this animated vision speaks to the importance of understanding one’s family history and the inextricable connection between a mother and a daughter. Through beautifully abstract animation, the filmmaker expresses these complex themes in an affecting manner.”