“We always wanted to be listening to and reaching back to criticisms of the show”, says art director Nathan Rico 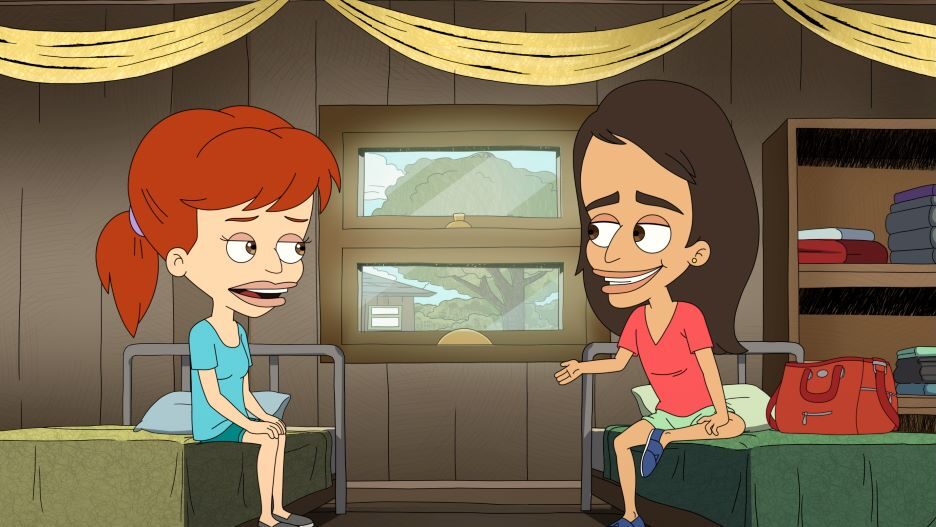 “It’s pretty hard to think of something that goes too far in ‘Big Mouth,’” said Nathan Rico, the show’s art director, “we tend to really go for it.” And four seasons in (with at least two more on the way), Netflix’s raunchy animated comedy remains as diligent as ever in exploring the shame-induced recesses of the adolescent mind with a surprising measure of thoughtful realization. Or in as much as you can with hormone monsters and talking vaginas running around, not to mention episodes devoted entirely to fecal matter.

But Season 4 allowed the creators to truly meet the moment of intersecting fears and anxieties without really knowing that most people’s mindsets would end up much like the young characters. Social and personal identity and deep-rooted fears about the future and the unknown are a running theme within the narratives of this far-reaching, exploratory bunch of episodes, notably in the opening episode entitled “The New Me”, which shows the idealistic Jessi (Jessi Klein) grappling with the reality of sleepaway camp adversary-turned-friend Natalie’s (Josie Totah) identity as trans. Trans actress Patti Harrison (Shrill) was instrumental in this story’s creation, and Saved by the Bell’s Totah, who voices Natalie, has first-hand experience as a trans teen living in the public eye. 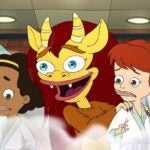 “We always wanted to be listening to and reaching back to criticisms of the show”, offered Rico, noting the admitted misses by its creators on the representation of pansexual and bisexual representations in the past. “People don’t want to see a stereotype or a standard trope of a character. Everyone wanted [this subject matter] treated with respect and care,” noting that most of the internal content issues are often dealt with before his work begins on the episodes, which have been trying to work in the physical characteristics of the voice performers with even more regularity.

“If they have a distinct dimple or brows or something like that, we’ll try to take some personal elements and kind of incorporate them”, said Rico, noting the uncanny likenesses of actors such as Seth Rogen and Paul Scheer, who also happen to appear in this first episode with their signature attributes (Scheer’s tooth gap, Rogen’s curly mane). 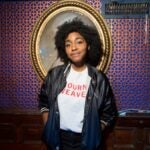 Another big tackle this past season was a full-on blast into the future. This is seen in the divergent episode “Nick Starr”, which sees Nick’s (Nick Kroll) ascent into TV host stardom 30 years into the future, armed with a subservient robot version of his best pal Andrew (John Mulaney), all while the planet is dying a quick death. “We wanted the landscape to echo dystopia, so we looked at like a lot of things: Blade Runner, Mad Max and a lot of cool, bombed-out zombie movies”, said Rico.

“The idea was to depict Nick’s life as having gone completely to hell.” The episode (spoiler alert!) is revealed to be a feverish dream had on a school-trip bus, but having landed squarely for TV in amid the world’s unsteady grappling with COVID and morbidity, the detour proved to be converging with the outlook of the times, even introducing an anxiety mosquito (Maria Bamford) buzzing in the teens’ ears, which serves a similar function as an earlier season’s Shame Wizard (David Thewlis). Said Rico, “I can’t exactly call it good timing, but it was. It was just how people were feeling, you know?”

Big Mouth is available to stream on Netflix