The divorce between Mel Gibson and his wife Robyn Moore Gibson is believed to be the biggest payout in Hollywood history, per People’s report back in 2011. The outlet reported that the “Lethal Weapon” star gave his ex-wife Robyn $425 million in their divorce settlement that year. The celebrity couple was married for almost 30 years and shares seven children. The Gibsons didn’t have a prenuptial agreement, so Robyn was legally entitled to half of everything he earned during the marriage. In addition, the “Braveheart” star must share his film residual income with his ex-wife. People reported Robyn is entitled to half of every future residual check Mel receives for the rest of his life.

According to The Hollywood Reporter, Mel and Robyn’s marriage became troubled in the 2000s. The celebrity couple separated shortly after Mel’s infamous 2006 arrest for driving under the influence and anti-Semitic rant that hurt his career. But Robyn did not file for divorce until 2009 after finding out that Mel’s then-girlfriend Russian pianist Oksana Grigorieva was pregnant, per HuffPost.

When Mel’s romance with Oksana turned ugly and she accused the actor of domestic abuse, Robyn stuck up for the father of her children. According to TMZ, Robyn made a sworn declaration to the court on Mel’s behalf, saying he never physically abused her or any of their children in all the years they were together. Robyn told the court, “Mel was a wonderful and loving father.” So what is Mel’s ex-wife doing today? You’ll have to keep reading to find out! 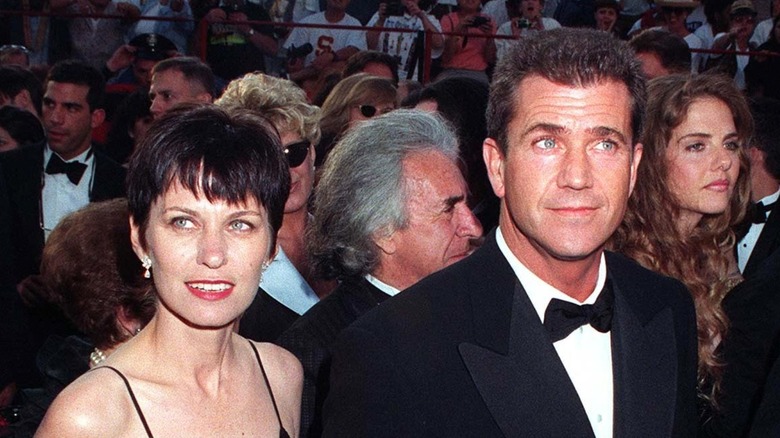 Robyn Moore Gibson, the ex-wife of Mel Gibson, just bought her third Malibu home. Variety reported that Robyn purchased a “clifftop compound” on one of the best streets in Malibu’s Point Dume peninsula. The ex-wife of the “Braveheart” star has purchased three homes in the Malibu area. Based on real estate purchases alone, it appears that Robyn is doing well financially. Other than real-estate news, there is not much public information about what Robyn is doing now.

The former voice-over artist and dental nurse, born Robyn Denise Moore, doesn’t have to work. As mentioned, Robyn received $425 in her divorce settlement. Mel and Robyn’s divorce was finalized in December 2011. Even when Robyn was the wife of one of the top stars in Hollywood, she stayed behind the scenes.

According to The Daily Beast, Robyn was the actor’s “rock of Gibraltar” and a “saint.” The outlet reported that during her 30-year marriage to Mel, Robyn devoted her time to raising their seven kids and “keeping Gibson in line.” The Daily Beast noted that Robyn “could care less” about Hollywood red carpets and parties. It appears in the years after her very public divorce, Robyn is living a quiet life, and she is very private.