Rapper has been jailed in Sweden for two weeks 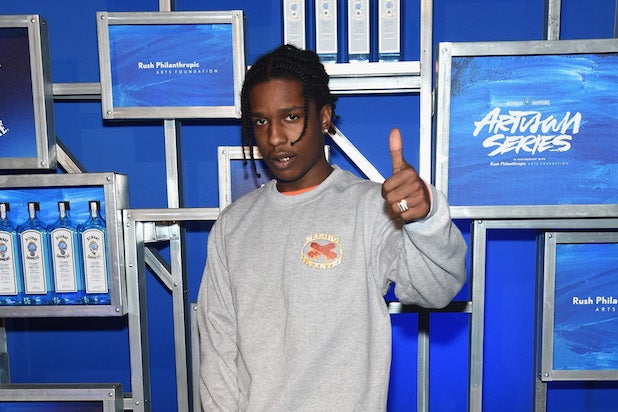 Trump spoke at the Oval Office in support of the New York rapper, who was locked up in Sweden after an altercation with two men he said were harassing him and his entourage on the streets of Stockholm.

“A$AP Rocky is a situation in Sweden, a great country, and friends of mine and the leadership,” Trump said. “And we’re going to be talking to them, we’ve already started. Many, many members of the African-American community have called me, friends of mine, and said can you help? I personally don’t know A$AP Rocky but I can tell you he has tremendous support from the African-American community in this country. When I say African-American, I think I can really say from everybody in this country because we’re all one.”

Trump’s comments came after criticism of his recent comments that four minority Democratic congresswomen should go back to their places of origin if they don’t like the United States. But three of the four were born in the U.S., and all are citizens.

On Tuesday, the House of Representatives voted to condemn the president’s tweets as “racist comments that have legitimized increased fear and hatred of new Americans and people of color.”

His actions also appear to be in response to a plea from Kim Kardashian.

“Thank you @realDonaldTrump , @SecPompeo, Jared Kushner & everyone involved with the efforts to Free ASAP Rocky & his two friends,” she tweeted Thursday. “Your commitment to justice reform is so appreciated.”

A Swedish court Friday agreed that Rocky — born Rakim Mayers — and his two associates will be held held for another week while police investigate.

The rapper’s legal team and Swedish authorities could immediately be reached for comment.

Rocky’s lawyer in Sweden, Henrik Olsson Lilja, refuted reports of the rapper’s “inhumane” conditions while in jail earlier this week, telling SVT News that his food is edible and that Rocky only eats apples because “he’s not hungry.”

Olsson Lilja stressed that the 30-year-old is in a common detention and that he has no restrictions. The Swedish Prison and Probation Service also denied any “horrific” conditions concerning Rocky’s detention.

Members of Rocky’s crew, A$AP Mob, have taken to social media in recent days to campaign for the rapper’s release.

“I have absolutely nothing against the people of Sweden,” rapper A$AP NAST tweeted last week. “But what I will say is this, your government has changed my mind on Sweden being one of my most favorite places to visit in the EU and I truly will never go back.”

Will Disney's Theatrical Release of 'Hamilton' Be Censored?

‘The Art of Racing In the Rain’ Review: A New Dog Gets Up to Some Old Tricks