In this edition of Theme Park Bits: 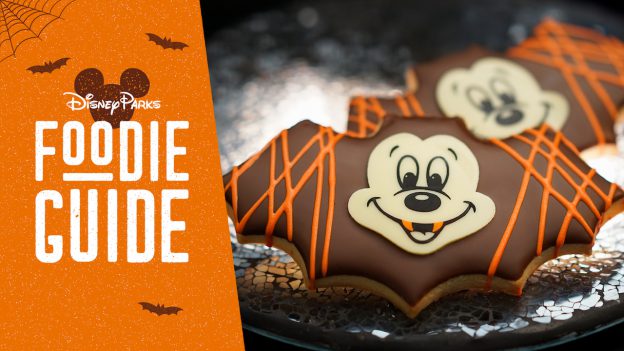 Let’s start with some seasonal news. As you can tell by the falling leaves, the pumpkin everything, and the 90-degree weather, it’s the fall. (Oh, is that just me, living in Arizona, who gets to deal with that kind of weather? Yay…) Because it’s the fall, at Disneyland, that means it’s the Halloween season. And they’ve revealed their foodie guide to the season, with all sorts of delicious details. I’ll be heading to the parks in a couple weeks for a seasonal trip, so this kind of information is invaluable. The same goes for the reveal of the Haunted Mansion Holiday gingerbread house, which is a meta nod to the 50th anniversary of The Haunted Mansion itself. I hope you’re all salivating for all this food — I know I am.

Moving on, let’s celebrate some winners in the world of theme parks. Specifically, let’s celebrate the winners of the 2019 Golden Ticket Awards. (No, this is not Willy Wonka-related.) The winners, announced by Amusement Today, run the gamut from Star Wars: Galaxy’s Edge (as you might expect) to Hagrid’s Magical Creatures Motorbike Adventure (as you might also expect) to expansions and Christmas theming at…Dollywood. Yes, the Dolly Parton-themed park. It’s apparently quite good! I…guess I should figure out when I can travel there? Dollywood walked away with multiple awards, including Best Guest Experience. Pretty impressive.

Speaking, as we briefly were, of Harry Potter and Universal Studios, Universal Orlando is getting a limited-time nighttime show that you might want to catch if you’re in town. That would be Dark Arts at Hogwarts Castle, in keeping with the Halloween theme. Starting this Saturday, September 14, through November 15, you can catch the “ominous” new show featuring some of the creepy-crawly monsters from the series, from massive spiders like Aragog to the Dementors. And even Voldemort might show up. (OK, I’m pretty sure he will show up.)

Let’s keep on with the spooky theme in today’s column as we talk a little bit about what the Twilight Zone Tower of Terror will look like in Disneyland Paris. Sorry, I misspoke — that’s the Twilight Zone Tower of Terror – A New Dimension of Chills! (Sure, why not.) There will, in fact, be three different experiences you can pursue on the new ride, being unveiled on September 28. In each one, the little girl who became a ghost in the earliest iteration of the attraction will feature, but you could get anything from Shaft Creatures to being sent into the 5th Dimension. No doubt, each experience will be the height of spookiness — or, it should be.

Last month at the D23 Expo, it was no secret that Epcot is going to be seeing some major changes throughout the next few years. Some of those changes have already begun, as the park maps for Epcot now reflect that what is still technically Future World has gotten smaller. The new map has a big old gap where Innoventions West and Club Cool used to be, the latter of which going away is truly heartbreaking. Where else can you relax with small samples of foreign sodas? Come on.

We’re closing out today’s Theme Park Bits by talking about a Disney Cast Member. That sounds like fun, but this story is a lot more twisty and dark. In fact, it’s about how a former Cast Member has pleaded not guilty to charges of theft inside one of the Magic Kingdom’s attractions. The Haunted Mansion at Walt Disney World’s Magic Kingdom had been missing some of its props, and this former Cast Member was accused of the crime of “burglary of a structure”. The Twitter account he used to man has changed hands, but the case isn’t over yet. It’ll be interesting to see if this takes any other unexpected turns.

Quentin Tarantino’s ‘Once Upon a Time in Hollywood’ Gets First Award, the Palm Dog