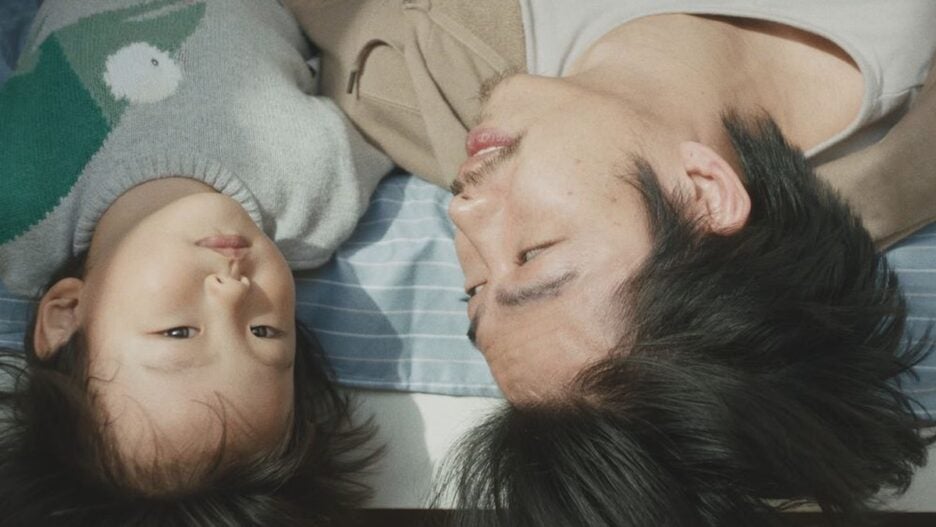 This review of “The Year of the Everlasting Storm” was first published after the film’s July premiere at the Cannes Film Festival.

In a way, Mark Cousins’ “The Story of Film: A New Generation” was the ideal film to be the first screening at the 2021 Cannes Film Festival, because the documentary surveyed the most groundbreaking cinema of the 21st century and looked ahead to celebrate the return of moviegoers to theaters as the pandemic receded. But “The Year of the Everlasting Storm,” which premiered days later at Cannes, may be a perfect bookend to come as the festival nears its conclusion.

Whereas “The Story of Film” pointed the way toward the future as we come out of tough times, “Everlasting Storm” uses seven great filmmakers to peer deeply into where we’ve been during the pandemic, and where we may still be today; it’s set in the immediate past, but also in a kind of eternal, uncertain present.

“Everlasting Storm” is an anthology film that is as uneven as most anthology films, but one that offers a disquieting and essential snapshot of the time from which we hope we’re emerging. Like the lockdown itself, it can be a slog and it can be a kick.

An entry in the festival’s Special Screenings section that has U.S. distribution from Neon, the film is made up of seven different segments from seven notable international auteurs. Three of the seven – Malik Vitthal, Laura Poitras and David Lowery – are American filmmakers, with others hailing from Iran (Jafar Panahi), Singapore (Anthony Chen), Chile (Dominga Sotomayor) and Thailand (Apichatpong Weerasethakul, who was also featured in “The Story of Film” and who has another movie, “Memoria,” in Cannes’ Main Competition section).

The segments range from documentary to fiction to unclassifiable visual poetry, and they typically run about 10-15 minutes in length; nobody really overstays their welcome, and a couple leave you wanting more.

Iranian director Jafar Panahi is the ideal person to kick off “Everlasting Storm,” since he’s accustomed to making movies in lockdown. Although he was arrested for anti-government propaganda and banned from making movies in the early 2010s, he continued to skirt the restrictions by making a series of provocative works like “This Is Not a Film,” in which he sat in his home describing the film he would have made if he’d been allowed to; “Closed Curtain,” shot in his beachfront villa and mixing fiction and documentary; and “3 Faces,” in which he and actress Behnaz Jafari play (versions of) themselves.

Panahi’s opening segment, “Life,” is a playful vignette set in his home during the pandemic. His pet iguana, Iggy, eyes a pair of eggs laid by pigeons just outside the window; his 90-year-old mother shows up at the front door wearing a hazmat suit because she can’t bear to remain isolated; and Panahi films his putterings around the house and his video call with his daughter. Unsurprisingly for this virtuoso director accustomed to turning isolation into cinema, it’s both a humorous look at his daily existence and a touching, deadly serious examination of the past year. 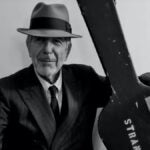 The segment from Anthony Chen, “The Break Away,” shifts to fiction, though it too is set inside the walls of a single apartment and relies on filmed video calls and the like. It starts with a husband and wife and their young son celebrating the new year in China, but doing so by themselves; he can email new year’s greetings to his bosses, but nobody’s going anywhere.

Essentially, Chen (director of “Ilo Ilo” and “Wet Season”) lays out the stresses on a relationship that are caused by the lockdown; as time goes by, anxiety mounts about the couple’s finances and the level of paranoia within their walls. The action unfolds slowly and at times it’s boring – but then, so was the lockdown.

California-based director Malik Vitthal (“Body Cam”) brings enough energy to his segment, “Little Measure,” to make up for Chen’s languid pacing. Using split screens and boxes to mix images from video calls with animation, he creates a barrage of images to tell a jarring story. The central character is a father who suffers from PTSD because of a brutal childhood and who has lost custody of his kids, who have been scattered to different foster homes. Unable to go to court because of the pandemic, he’s stuck with jerky phone conversations that cut in and out and illustrate one of the most infuriating sides of the pandemic.

Oscar winner Laura Poitras (“Citizenfour”) is the only director in “The Year of the Everylasting Storm” known exclusively as a documentarian, and her segment, “Terror Contagion,” is strictly nonfiction. It’s a collaboration with the research agency Forensic Architecture to investigate an Israeli cyber warfare unit that has created surveillance technology that is being used ostensibly to track the spread of COVID-19. Poitras is an expert on the global surveillance industry, but her film stands out as both the driest and most technical segment, and the one that is only peripherally connected to the pandemic. (It may start with the misuse of contact tracing, but before long it’s delving into the Jamal Khashoggi assassination and other things that took place long before the virus.)

“Sin Titulo, 2020,” the segment by Chilean filmmaker Dominga Sotomayor (“Too Late to Die Young”), brings the film back into the days of lockdown with the story of a mother and daughter isolated in a house in the woods. At first moody and impressionistic, the piece becomes more grounded in reality when the mother goes online, gets a two-hour pass to deliver necessities to people in need and brings a basket of goodies to another daughter who’s just had a baby. There’s a palpable yearning for connection as the basket is hoisted up to an apartment balcony by rope, and then a lovely coda as the sound of a group choral performance viewed on an iPhone grows and envelops the soundtrack.

Texas-based director David Lowery has a filmography that ranges from the art-house (“Ain’t Them Bodies Saints”) to the multiplex (the acclaimed “Pete’s Dragon” remake), but his segment, “Dig Up My Darling,” is a daring piece of gentle sci-fi/horror that may be most reminiscent of his strange and brilliant 2017 film “A Ghost Story.” Set, perhaps, in an indeterminate future in which the virus has run rampant, it finds a woman opening a storage unit and finding letters from a man writing to his son, Clyde, with a gruesome request: to drive to Oklahoma, dig up the body of a brother who died and return it to Texas. Thoroughly creepy but also deeply touching, it’s a snapshot from a world with its roots in our own – or as the father says in one of his letters, “I look at the world sometimes and think it a wonder that I still recognize it.” 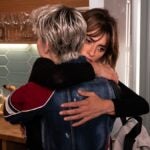 Lowery’s entry feels like the most complete segment in “The Year of the Everlasting Storm” and stands with Jafar Panahi’s as a highlight, but it also provides the perfect setup for the oddest and most poetic sequence, Apichatpong Weerasethakul’s “Night Colonies.”

It’s no surprise, of course, that Weerasethakul, who won the 2010 Palme d’Or for the spooky surrealism of “Uncle Boonmee Who Can Recall His Past Lives,” has supplied the film’s most unconventional segment. There are no human characters in “Night Colonies,” which appears to be set at night in the middle of a jungle, in a room where a bed is illuminated by bars of neon light. The lights flicker on and begin to hum, and then insects descend on the room – and although we occasionally hear a distorted broadcast with human voices, we seem to be in a world where the insects have at least temporarily taken over.

If you’re not fond of bugs, it’s downright disturbing; if you can overcome entomophobia, it’s gentle and lyrical and unsettling. You can take it as a dark vision of a world striking back against humans, or as something more benign than that. Like the rest of “The Year of the Everlasting Storm,” it’s art coming to terms with the times we’re living through, dark and strange and fully human.

“The Year of the Everlasting Storm” opens in limited theatrical release on Sept. 3.