Those movies, along with ‘Hairspray’ and ‘When Harry Met Sally,’ are among 25 selected by the Librarian of Congress. 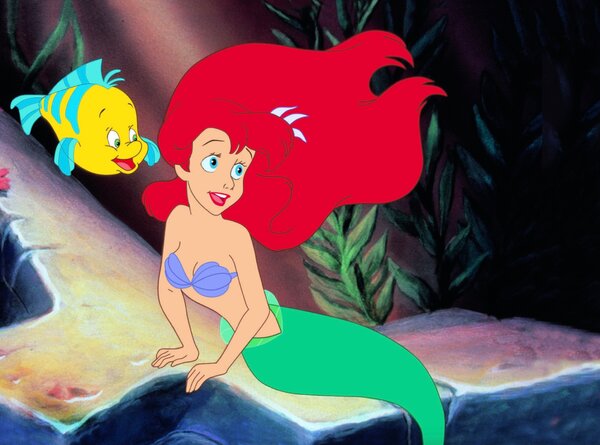 Ariel is officially part of the human world.

“The Little Mermaid,” the 1989 Disney animated movie that revolves around a rebellious teenage mermaid fascinated by life on land, is among the motion pictures that have been selected for preservation this year on the Library of Congress’s National Film Registry. Also being added are “Iron Man” (2008), the first film in the Marvel Cinematic Universe, and “When Harry Met Sally,” the beloved 1989 romantic comedy that begins with a pair of college graduates embarking on a cross-country drive from Chicago to New York.

On Wednesday, the library plans to announce that a total of 25 more films, dating from 1898 to 2011, will be honored for their historical and cultural significance and added to the registry, helping to preserve them for future generations.

The library also allows the public to nominate movies at its website, and other titles that were among the most submitted were Brian De Palma’s 1976 horror classic “Carrie,” an adaptation of Stephen King’s novel of the same title; and “Betty Tells Her Story” (1972), the Liane Brandon film that was the first independent documentary of the women’s movement to explore issues of body image, self-worth and appearance in American culture.

A group of notable comedies were also among the selections: “Hairspray,” John Waters’s 1988 musical about a bubbly, overweight Baltimore teenager and her friends who integrate a local TV dance show in the early 1960s; “Cyrano de Bergerac,” Michael Gordon’s 1950 adventure comedy adaptation that made José Ferrer the first Hispanic performer to win an Oscar for best actor; and “House Party,” Reginald Hudlin’s 1990 film about a high school student who sneaks out, a comedy that introduced hip-hop music and new jack swing to mainstream America.

Two significant genre films were also included: “The Ballad of Gregorio Cortez” (1982), the Robert M. Young western that was part of the 1980s Chicano film movement and starred Edward James Olmos; and “Super Fly” (1972), Gordon Parks Jr.’s searing commentary on the American dream that is considered a classic of the Blaxploitation genre.

The Oscars aren’t until March, but the campaigns have begun. Kyle Buchanan is covering the films, personalities and events along the way.

Four films that broke ground in depicting LGBTQ+ issues onscreen were also selected: “Behind Every Good Man” (1967), Nikolai Ursin’s student short that offered an early look at Black gender fluidity in Los Angeles; “Word Is Out: Stories of Some of Our Lives” (1977), which was created by six queer filmmakers collectively known as the Mariposa Film Group and which featured a diverse group of gay men and lesbians discussing their lives at a time when such onscreen depictions were rare; “Tongues Untied” (1989), a video essay by Marlon Riggs about Black men loving Black men; and the most recent film to join the registry, Dee Rees’s “Pariah” (2011), about a Black teenager in Brooklyn as she comes to terms with her identity.

The lineup also honors nine documentaries, including the oldest film in this year’s class, “Mardi Gras Carnival” (1898), the earliest known surviving footage of the New Orleans festival. It was long thought to be lost before being recently discovered at a museum in the Netherlands. Other nonfiction films being added include “Titicut Follies” (1967), Frederick Wiseman’s classic look inside the Bridgewater State Prison for the Criminally Insane in Massachusetts that exposed the abuse of patients; and “Union Maids” (1976), a portrait of three female labor activists involved in workers’ movements from the early 1930s to the present. That film was directed by Julia Reichert, who died last week, James Klein and Miles Mogulescu.

The Library of Congress said in a statement that these additions bring the total number of titles on the registry to 850, chosen for “their cultural, historic or aesthetic importance to preserve the nation’s film heritage.” Movies must be at least 10 years old to be eligible, and are chosen by Carla Hayden, the Librarian of Congress, after consulting with members of the National Film Preservation Board and other specialists. More than 6,800 films were nominated by the public this year.

A television special, featuring several of these titles and a conversation between Hayden and the film historian Jacqueline Stewart, will be shown Dec. 27 on TCM.

Here is the complete list of the 25 movies being added to the National Film Registry:

'Twilight': Robert Pattinson Had to Get His Butt Massaged After 1 Scene