Home » Movies » ‘The Almond and the Seahorse’ Review: Like Sand Through an Hourglass

In this drama, two couples grapple with how their relationships are changed through a partner’s brain injuries. 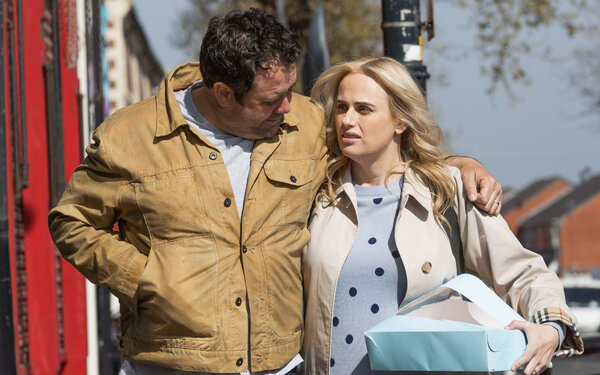 “The Almond and the Seahorse” gets its title from two limbic structures inside the brain: the amygdala and the hippocampus, each shaped like their nickname, which team up to store memories. “It is remarkable what that kilo-and-a-half blob at the top of your neck files away,” a neuropsychologist (Meera Syal) says to a frazzled archaeologist named Sarah (Rebel Wilson) whose husband, Joe (Celyn Jones), has a tumor that causes his cerebral cache to continually delete every minute or so. When it happens, the piano score curdles, the camera swirls in circles, or the film cuts to waves smoothing the sandy creases on a beach — a poetic flourish more impactful than the film’s resolution which is as artificially rosy as a bag of seaside taffy.

This debut feature from the directors Tom Stern (a longtime cinematographer for Clint Eastwood) and Jones (who originated the role of Joe onstage, and now adapts the play with its author Kaite O’Reilly) plays out like an educational film strip. Vignettes of Sarah and Joe’s lightly comic struggles are spliced alongside the darker grievances of the couple Toni (Charlotte Gainsbourg) and Gwen (Trine Dyrholm), the latter of whom suffered a traumatic brain injury 15 years ago and gasps in horror every time she’s surprised by her partner’s wrinkles.

Smartly, Joe and Gwen are more petulant than pitiful. (They’d both be happier not being reminded of all they’ve forgotten.) If the audience, too, loses track of where things are trudging, the original soundtrack by Gruff Rhys constantly chimes in to describe the plot, crooning, “I want my old life back.” Only when Sarah and Toni meet for the first time, an hour in, does the film allow a genuine conversation — and, gratefully, a moment of recognition.

The Almond and the Seahorse
Not rated. Running time: 1 hour 36 minutes. In theaters and available to rent or buy on Apple TV, Google Play and other streaming platforms and pay TV operators.

‘Three Thousand Years of Longing’ Review: Desire, Once Upon a Time