The Star Wars sequel trilogy concluded with The Rise of Skywalker last year and only included a couple of Force ghosts physically manifesting. The Last Jedi saw Yoda mentoring Luke Skywalker from beyond the grave, while he ended up doing the same for Rey in The Rise of Skywalker. Of course, we did hear the voice of Obi-Wan Kenobi in The Force Awakens, plus the likes of Anakin and more deceased Jedi masters when Rey defeated her grandfather Palpatine in Episode IX.

After all, the prequel trilogy actor was famously edited into the end of Return of the Jedi by George Lucas.

While concept art for JJ Abrams’ The Force Awakens saw ideas for an Anakin Darth Vader hybrid Force ghost that never came to be.

Nevertheless, The Last Jedi writer and director Rian Johnson has now revealed his original plans to include a physical Anakin Force ghost in Episode VIII. 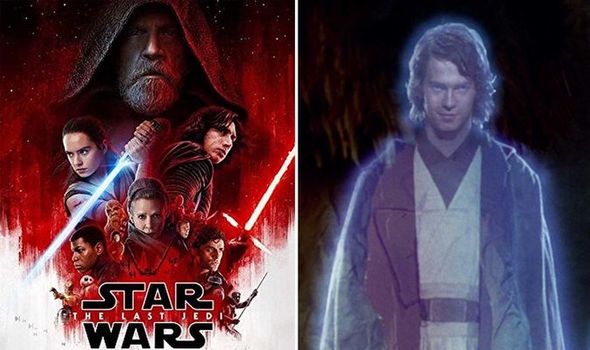 A fan tweeted Johnson: “Did you ever consider Anakin’s ghost showing up to speak with Luke and/or Rey?”

To which the director replied: “Briefly for the tree burning scene.

“But Luke’s relationship was with Vader not really Anakin, which seemed like it would complicate things more than that moment allowed.

“Yoda felt like the more impactful teacher for that moment.” 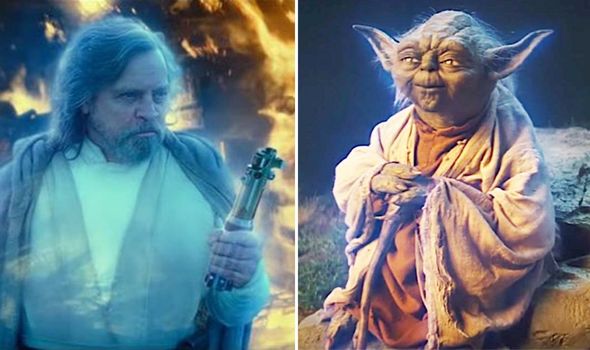 Anakin Skywalker and Obi-Wan Kenobi and Yoda vs. Count Dooku

Ahead of The Rise of Skywalker’s release, the tease came in tie-in book Star Wars: The Secrets of the Jedi by Marc Sumerak.

Chronicling the history of the Jedi Order, the book is written from Luke Skywalker’s perspective.

The text reads: “At first, I only heard Obi-Wan’s voice in my head, but I later discovered that he could manifest as a fully visible apparition and even interact with the physical world.

I“That knowledge was then passed down to a select few, including Obi-Wan, Yoda and my father.

“Their spirits guided me for many years but vanished when I shut myself off from the Force. It’s a relief to feel their presence again after all this time.”

So here we learn that after their appearance together at the end of Return of the Jedi, the three Force ghosts guided Luke in that three-decade period up to the events of The Force Awakens and The Last Jedi.

However, when Luke shut himself off from the Force and became a hermit on Ahch-To, they disappeared – yet now he feels their presence again.

The first glimpse of this was presumably his conversation with Yoda’s Force ghost in The Last Jedi.

With future Star Wars movies and TV shows in the works, who knows what Force ghost will feature? Perhaps even Qui-Gon Jinn advising Ewan McGregor’s Obi-Wan Kenobi in the upcoming miniseries set after Episode III: Revenge of the Sith?