It remains to be seen whether Star Wars will ever truly quit the Skywalker family. After all, Hayden Christensen is set to return in the Obi-Wan Kenobi Disney+ series. But it does seem as if fans have seen the last of Mark Hamill as Luke Skywalker. At least the iconic Star Wars hero briefly reunited with some of his original trilogy co-stars in The Last Jedi before his death. 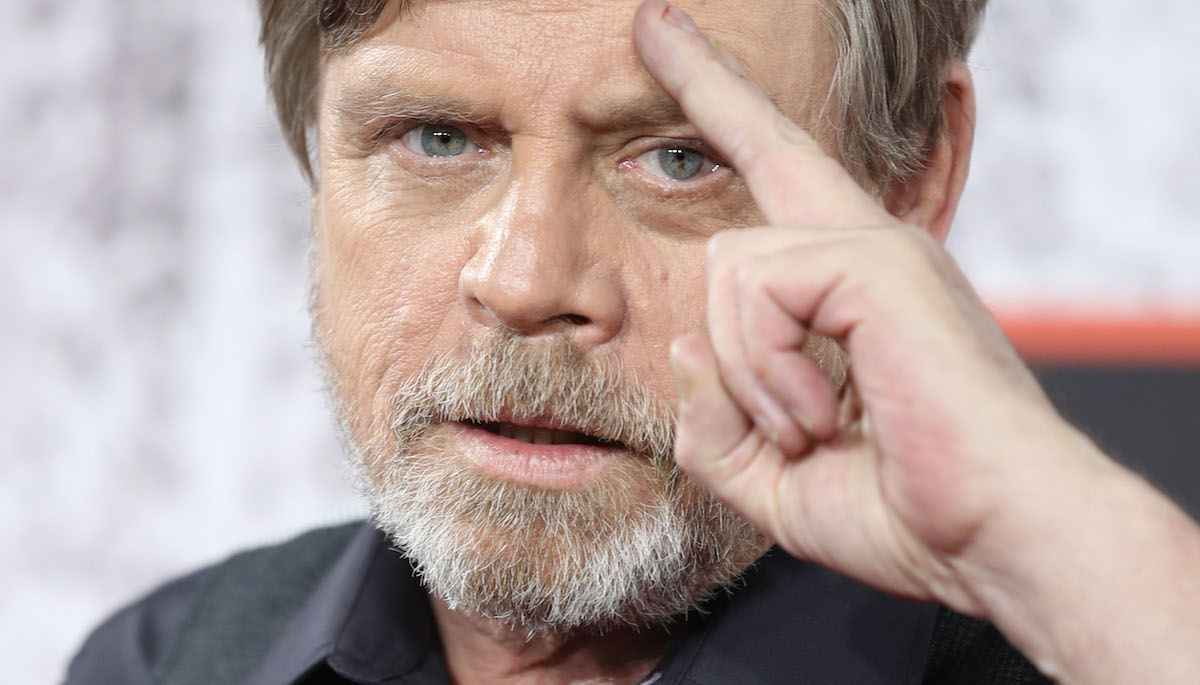 Hamill, of course, made a much-discussed, dialogue-free cameo at the end of The Force Awakens. And this glimpse of an older, more grizzled Luke teased an exciting arc for the character in the next film. However, writer-director Rian Johnson’s decision for Luke to have exiled himself divided Star Wars fans.

In fact, Hamill too has been very open about his own skepticism regarding Luke’s story. Understandably, the actor didn’t expect his idealistic young Star Wars hero to have evolved to such a dark place. That said, Hamill did eventually come to grips with Luke’s failure in restarting the Jedi Order and training his nephew Ben Solo (Adam Driver).

The actor suggested director Rian Johnson include a key moment

Even now, Star Wars fans can’t seem to decide whether Johnson ruined or elevated the saga with The Last Jedi. Certainly, the movie pushes the franchise’s limits. But this being Hamill’s last performance as Luke — aside from a cameo in The Rise of Skywalker — the actor knew the character had one last chance to reconnect with his friends, he told Entertainment Tonight.

“Everyone had their contribution. I think originally in the script it was BB-8 that came to the island. And Rian said, ‘No, it should be Artoo.’ Originally, I didn’t acknowledge Threepio. I walked right past him. I said, ‘Rian, look, after all those years of service even though we hadn’t been in contact in recent years, Threepio is the closest to a sidekick I had.’ Harrison [Ford] had Chewie, and I had Artoo and Threepio. He’s so accommodating, so collaborative. He said, ‘Oh, absolutely. You should go over there.’

But he didn’t really have time to script anything. You just acknowledge him. And that’s what I did. Even [that wink], I don’t remember actually doing that. And I did. That’s the best kind of spontaneity you can have, when you don’t say, ‘Okay, I’m going to go in and wink at him.’ …There’s a solemnity to that moment, and you don’t want to trivialize it in any way. Yeah, That was special.”

Luke’s brief wink to C-3PO (Anthony Daniels) not only harkens back to the pair’s friendship in the original Star Wars trilogy. It also further elevates an emotional reunion between Luke and Leia (Carrie Fisher). As Luke heads out to confront his nephew and the entire First Order, he knows he’ll likely never get the chance to see his friends again. As did Hamill, it seems.

Will Luke Skywalker appear in ‘Obi-Wan Kenobi’ as a child on Tatooine?

Now that Hamill has retired from playing Luke, fans wonder whether Star Wars still plans to keep the character in play somehow. Some rumors even indicate Obi-Wan Kenobi could feature the future Jedi Master as a child growing up on Tatooine.

Ewan McGregor’s Obi-Wan is on the planet to keep watch over him, after all. And with Christensen onboard too, the Disney+ series could continue the Skywalker legacy that way. It might never be the same without Hamill in the role. Still, a brief appearance by young Luke makes sense for Star Wars‘ future.

The top 9 movies on Netflix this week, from 'The Frozen Ground' to 'Quantum of Solace'