Home » Movies » Spider-Man: How Long Was Tom Holland Waiting to Play the Superhero?

It’s safe to say that any young kid of the last 50 years probably had a wish of being Spider-Man. While most of those kids had to keep it relegated to wearing a Spider-Man costume or their Spidey pajamas, only one teenager in the history of the Marvel universe managed to hit the jackpot.

Maybe we can accuse Marvel of forcing a younger Spider-Man on the public just to appease Millennials. Then again, Tom Holland has been compelling representing a high school age Peter Parker after years of assumptions the character had to stay in his 20s or 30s.

Holland seemed to have an eerie premonition he’d play the part based on what he once said in a brief interview.

Two years before he won the role, Holland said he wanted to play Spider-Man 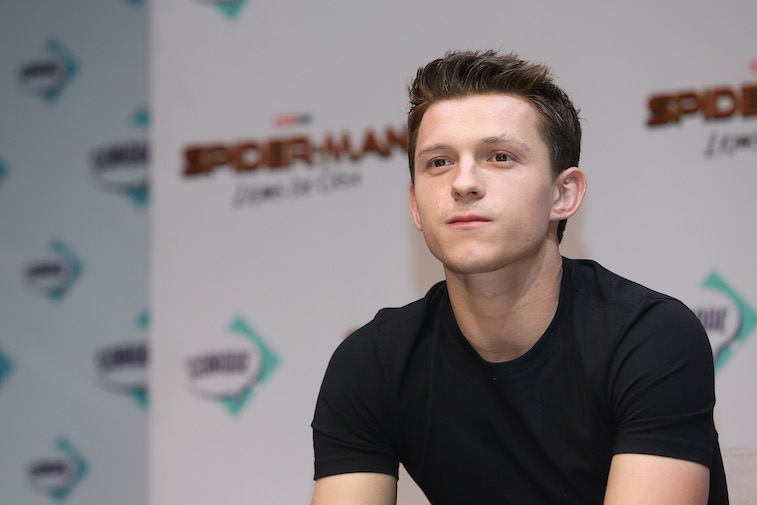 Talk about foresight when it comes to either predicting your own outcome or maybe self-marketing yourself so Marvel notices. In a 2013 interview at the Jameson Empire Awards, Holland was interviewed on the red carpet as a 17-year-old British kid with just a few stage credits.

When asked what character he wanted to play in the future, he fished through his mind for a minute before saying Spider-Man “in 10 years time.”

Take a look at the interview and you can see that most people watching would have found his wish improbable being a scrawny teenager with a voice still in puberty.

At the same time, you can see a glint in his eye as if having a sixth sense it could realistically happen. Any American tuning in would have scoffed to think a teen with a thick British accent would even halfway work as Peter Parker.

No doubt many teenagers over the years have wondered why Marvel didn’t create a teen version of Peter Parker/Spider-Man earlier with far more complications than being an adult.

That sense of responsibility he has becomes all the greater with lack of experience and having to juggle school on the side. Holland might have had this in mind when he was once photographed holding old Spider-Man pajamas his mom gave him.

Here in the states, those were called Underoos, a reference Tony Stark makes to Parker in Spider-Man: Homecoming. What makes this more interesting is Holland posted the pic when he first landed the role of Parker/Spider-Man. It was during a time when everyone was a little skeptical about what he’d bring to the character.

Posting a pic of your Spidey pajamas before presenting yourself on the big screen was obviously a big risk. Holland apparently had extra foresight on how ironic it would be later.

When you add up all the things Tom Holland predicted about him playing Spider-Man, his star rise may be one of the great showbiz stories of all time. The improbability at first proves we can never really predict the future, unless he had some innate ability to see the future for himself.

Then again, maybe he set a precedent to give other teen actors a similar dream. Holland thought he wouldn’t play Spider-Man for a decade, and it ended up being only two years later after throwing his wish into the universe.

Now that Holland is making lower-figure millions being a part of the MCU, we have to wonder if other teens on the sidelines will mimic what he did in 2013. Getting word out there on video you want to play a coveted part is probably the best marketing you can do since you never know who’s watching.

'Little Joe': A 'Body Snatchers' for the Age of Antidepressants