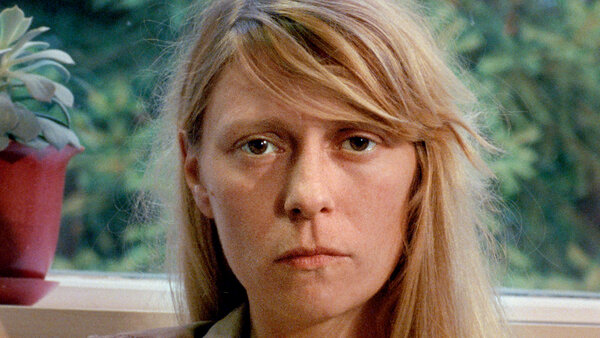 Simultaneously high stakes and low-key, “Slow Machine,” the enigmatic debut feature of Joe DeNardo and Paul Felten, who also wrote it, follows a Swedish actress named Stephanie (Stephanie Hayes). She becomes romantically involved with Gerard (Scott Shepherd), an intelligence agent for the New York Police Department, and bunks with indie musicians upstate, including Eleanor Friedberger (as herself). Along the way, Stephanie attends an A.A. meeting and grabs drinks with Chloë Sevigny (playing a prickly version of herself) — both events are slightly interrupted by a possible bomb threat.

Difficult to describe and confounding to follow, the film is best when you submit to the surreal nature of it; then, you will be open to witnessing one of this year’s most mesmerizing movies unfold. Films of such lo-fi aesthetics rarely feel this major.

The mystically inclined French auteur Jacques Rivette explicitly influenced the directors, but there are also paranoid, insomniac traces of Sara Driver’s “Sleepwalk” and Bette Gordon’s “Variety.” The taboo flirtations with authority and danger are reminiscent of Jane Campion’s “In the Cut.” All are New York movies, but DeNardo and Felten’s New York is nearly impossible to place. Vague locations, along with the use of pointillistic 16-millimeter film and actorly monologues, enhance a dreamy, meta quality at play.

Much of Gerard and Stephanie’s relationship is contained in a barely furnished apartment. When he takes her to a diner, she asks what borough they’re in (Queens, by the way). In the film’s best scene, Sevigny dives into an oration about a bizarre audition somewhere she cannot place, realizing “the world had dissolved around us — not dissolved, died.” Watching “Slow Machine” has that sort of strange effect: It transports you deep into a world that you’re desperate to grasp.

Tom Holland Details a 'Spider-Man: Into the Spider-Verse' Cameo That Never Happened

James Bond cast: Will Daniel Craig stay on for ANOTHER 007 movie?