TIFF 2021: Matthew Vaughn produces the dark holiday comedy that will hit theaters and streaming in December 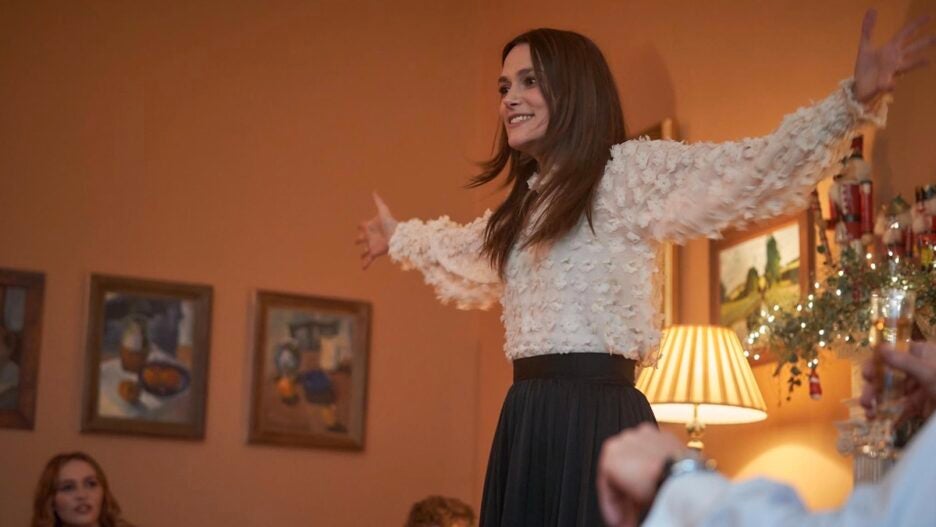 “Kingsman” director Matthew Vaughn is a producer on “Silent Night” along with Trudie Styler and Celine Rattray. The movie is the directorial debut of writer Camille Griffin.

“Silent Night” follows a group of old friends who – in true British fashion and while the rest of the world faces impending doom – reunite to celebrate Christmas in the comfort of an idyllic country home. Burdened with the inconvenience of mankind’s imminent destruction, they adopt a stiff upper lip, crack open another bottle of prosecco and continue with their festivities. But no amount of stoicism can replace the courage needed for their last night on Earth.

“With a focus on growing original and exclusive content for AMC+, we’re excited to partner with RLJE Films to bring ‘Silent Night’ to a broad audience across both streaming and theatrical as we continue to meet viewers wherever they are and optimize exposure for great content,” Courtney Thomasma, general manager for AMC+, said in a statement. “Camille Griffin and this all-star cast have created a film that’s emotional, funny and thought-provoking – exploring universal themes of friendship and love, class and privilege – and we are thrilled to add it to our robust lineup of high-quality, character-driven dramas and films this year.”

“’Silent Night’ is completely original and a true achievement for Camille Griffin in her feature writing/directorial debut,” Mark Ward, chief acquisitions officer for RLJE Films, said. “The film could not be more timely in asking audiences, in a comedic yet honest way, what sacrifices they would be willing to make for the good of their family and humanity at large.”

“’Silent Night’ treads its own unique path and finding the right distributor was akin to finding a school for our naughty child. I wanted to know our film would be in safe, loving hands and I know it will be with AMC+ and RJLE Films,” Griffin said. “I am hugely grateful to TIFF that my first feature will premiere at their festival.”