Max Minghella and Marisol Nichols also join cast of horror film, which is now in production 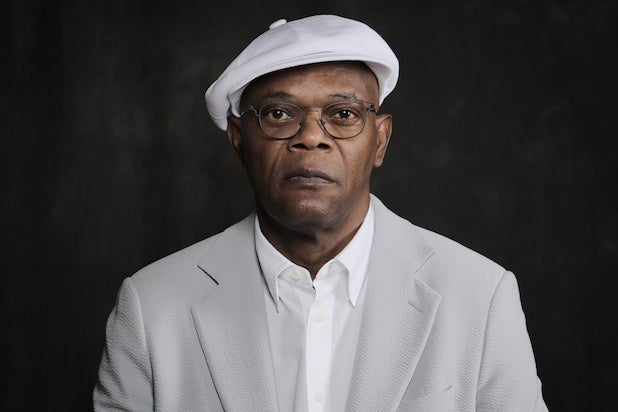 Samuel L. Jackson is joining the cast of the “Saw” horror franchise reboot that stars comedian Chris Rock, it was announced Monday.

Max Minghella and Rock’s partner Marisol Nichols are also joining the cast of the film, which is in production now and is still untitled.

Lionsgate and Twisted Pictures are releasing the re-imagined take on the franchise about a serial killer named Jigsaw who traps his victims in a labyrinth of games, puzzles and traps as the helpless victims fight for their survival. In the new film, Rock will play a police detective investigating a series of grizzly crimes, and Jackson will play Rock’s father. Minghella will play William Schenk, Rock’s partner on the police force, and Nichols will play Capt. Angie Garza, Rock’s boss.

Rock is executive producing the new “Saw” film, and the story is in part based on his love of the franchise. Darren Lynn Bousman, who directed three of the “Saw” installments,” is returning to direct, as are producers Mark Burg and Oren Koules. Pete Goldfinger and Josh Stolberg wrote the screenplay.

Daniel Heffner and the original creators of “Saw,” James Wan and Leigh Whannell, are executive producing with Rock.

“We think Samuel L. Jackson and Chris Rock along with Max Minghella and Marisol Nichols make this film completely special in the Saw canon and we can’t wait to unleash this unexpected and sinister new story on fans of this franchise. This is next level of ‘Saw’ on full tilt,” Joe Drake, chairman of the Lionsgate motion picture group, said in a statement.

Jackson most recently starred in “Shaft” and “Spider-Man: Far From Home.”