Peter Whitehead, a British filmmaker whose movies both captured and helped define that moment in time labeled the Swinging ’60s, replete with early footage of the Rolling Stones, Pink Floyd and other rock groups, died on June 10 in East London. He was 82.

De Montfort University in Leicester, England, which holds his archive, posted news of his death. Steve Chibnall, a professor of British cinema there who curates that archive with his colleague Alissa Clarke, said the cause was multiple organ failure after a long illness.

Mr. Whitehead began drawing attention in film circles when he took his camera to a 1965 festival at Royal Albert Hall in London that featured both British and American poets, including Adrian Mitchell, Michael Horovitz and Allen Ginsberg. The resulting film, “Wholly Communion,” captured what turned out to be a seminal event in the emerging counterculture movement.

It also earned him an invitation to accompany the Rolling Stones on a tour of Ireland, resulting in an hourlong documentary, “Charlie Is My Darling” (1966), as well as some short promotional films that anticipated music videos.

The documentary is full of behind-the-scenes clips of the band members intercut with snippets of fans trying to articulate what attracts them to the group. The film, Professor Chibnall wrote in a 2011 article for the film journal Framework, “gave Whitehead his first real opportunity to interrogate the madness of celebrity: the distortion of perception occasioned in both the celebrity performer and the fan, and the potential for violence that this produces.” 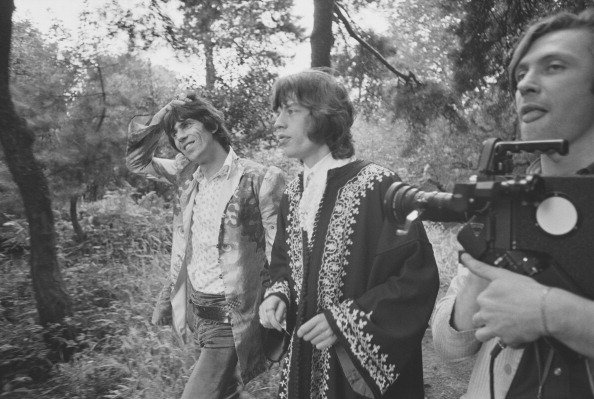 In 1967 Mr. Whitehead garnered widespread attention with “Tonite Let’s All Make Love in London,” a fast-paced collage of the ’60s scene in that city with a title taken from a Ginsberg poem. It is by no means a typical documentary; it strings together images and the occasional comment from celebrities like Michael Caine and Julie Christie to create a dizzying kaleidoscope that is open to interpretation. Mr. Whitehead could well be extolling the liberation of the period, but he could also be criticizing it as vacuous.

The style was jarringly different, and some old-school critics harrumphed. When the film, which also features music by and footage of Pink Floyd, played at the New York Film Festival in 1967, Bosley Crowther, reviewing it in The New York Times, called it “a random and ricocheting hodgepodge.”

“There is no form or continuity to it,” he wrote. “It just bounces and tumbles ahead, scattering agitation and confusion, and, in the breezy, bumbling things that are said by the very mod people who are talked to, putting across the idea that ‘swinging London’ is a mere manifestation of commercial encouragement of kookie cults that will pass.”

But the film had plenty of admirers, especially among the day’s trendsetters.And decades later, it and other Whitehead projects were getting a critical reassessment.

“Part trippy time capsule, part live-action ‘Fantasia,’ ” Mark Griffin wrote in The Boston Globe in 2006, “a Peter Whitehead film reminds contemporary viewers immersed in an age of irony that people were once this vibrant, unapologetically involved and alive.”

Peter Lorrimer Whitehead was born on Jan. 8, 1937, in Liverpool. While his father served in World War II, his mother worked in wartime factories, and Peter moved with her to jobs in Southport, Leyland and Carnforth. After the war the family settled in London.

Mr. Whitehead received a scholarship to Ashville College, a boarding school in Yorkshire, and then enrolled in Peterhouse College, Cambridge, where he studied math and science. But film gradually captured his interest; in 1963 he enrolled in the Slade School of Fine Art for postgraduate work, becoming one of the first students in its new film department. 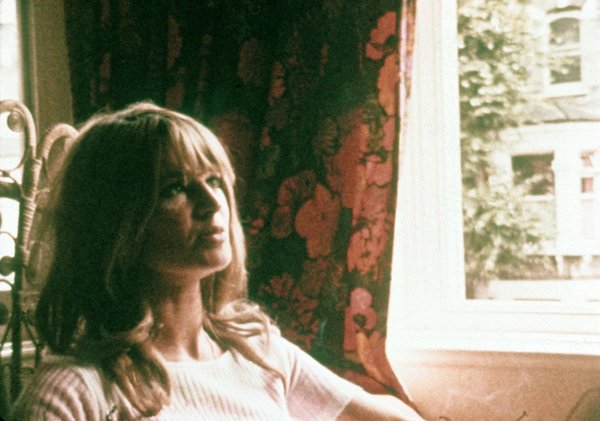 By 1964 he was working as a freelance cameraman for Italian and Greek television, sending them film of the goings-on in England. Also around this time he was introduced to mescaline, which, he told The Times in 1967, helped intensify his visual sense and showed him new possibilities for filmmaking.

“It brought me back to pure perception,” he said. “I understood so much about myself and what I wanted to do.”

The 1965 poetry festival and his engagement with the Rolling Stones led to a series of jobs making promotional films for acts like the Small Faces, Jimi Hendrix and the Beach Boys. In 1970 he shot a Led Zeppelin concert film. His identification with rock ’n’ roll was unusual in that his musical tastes ran to classical, which gave his films a certain outsider’s perspective.

“Whitehead seems fascinated by the dangerous power of pop’s Esperanto to break down barriers between performers and audiences, transcend the fixities of class and social station, and liberate female libidos,” Professor Chibnall wrote.

After “Tonite Let’s All Make Love in London,” Mr. Whitehead turned his attention to the United States, where the turbulence of the late 1960s was in full swing. His 1969 film, “The Fall,” was compiled from images he shot in New York in 1967 and 1968, conveying his own rage about the Vietnam War and other issues of the day.

After that project, Mr. Whitehead’s interest in filmmaking began to wane, and he turned to various other activities, including falconry. In the 1980s he directed a falcon center in Saudi Arabia and was chief falconer to the Saudi royal family. His falconry exploits inspired a fictional 1998 television movie, “The Falconer,” directed by Christopher Petit and Iain Sinclair.

Mr. Whitehead’s marriages to Diane Leigh, Dido Goldsmith and Liza Tsyzina ended in divorce. He also had a six-year relationship with the actress Coral Atkins. His survivors include seven children.

Why Brad Pitt Became More Selective After Starring in This Film: 'I Was Disappointed In It'