Home » Movies » Oscars Break Another Record with 104 Eligible Songs, But Trent Reznor's 'Mank' Tune Isn't One of Them

Reznor and Atticus Ross’ “(If Only You Could) Save Me” was written for David Fincher’s film, but it didn’t make the Academy’s largest-ever eligibility list 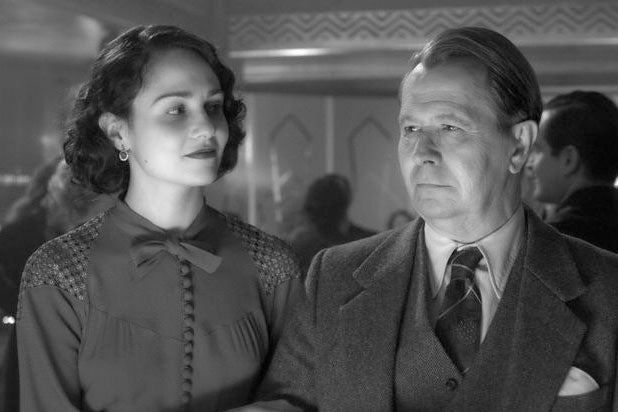 This year’s Oscars have set a new record for the largest number of entries ever in the Best Original Song category, but the 105 eligible songs do not include Trent Reznor and Atticus Ross’ “(If Only You Could) Save Me,” a 1930s-style big band song from “Mank” that was recently nominated for the second annual Society of Composers and Lyricists Awards.

The song is heard briefly coming from a radio in the background of one scene and plays for only about 40 seconds. Academy rules require “a clearly audible, intelligible, substantive rendition of both lyric and melody,” and the song was judged to not fulfill that requirement.

Other songs that didn’t make the list, although they were thought to be in the running, include “Uh Oh” from “Promising Young Woman” and “Boss Bitch” from “Birds of Prey.” Even without those, the list of eligible songs tops 100 for the first time since the Academy began announcing the number of contenders in the category. The previous high came in 2016, when 91 songs qualified.

Among the curiosities on the list are five songs from a faith-based movie called “Canaan Land,” six from a Japanese drama called “Twiceborn” and seven folk-based songs from “Killian and the Comeback Kids.”

The list of all 105 qualifying songs, which come from 82 different films, was sent to members of the Academy’s Music Branch last week. They were also given access to three-minute clips that show how the songs are used in their films. Members are instructed to watch all the clips before voting, though the sheer number of songs may deter some voters from wading through the entire list.

Here’s the list of songs that were sent to the Music Branch for judging, alphabetically by film title. When available, the names of the songs’ performers (not necessarily their writers) are included in parentheses.

For the record: the original version of this story said there are 104 entries. There are 105. The missing song has been added.