The pandemic has forced Marvel to make a lot of changes in 2020. Massive production delays led to pushing back all of the phase 4 release dates into 2021. And now, according to one star of the Marvel Cinematic Universe, the studio is also changing storylines in upcoming projects. 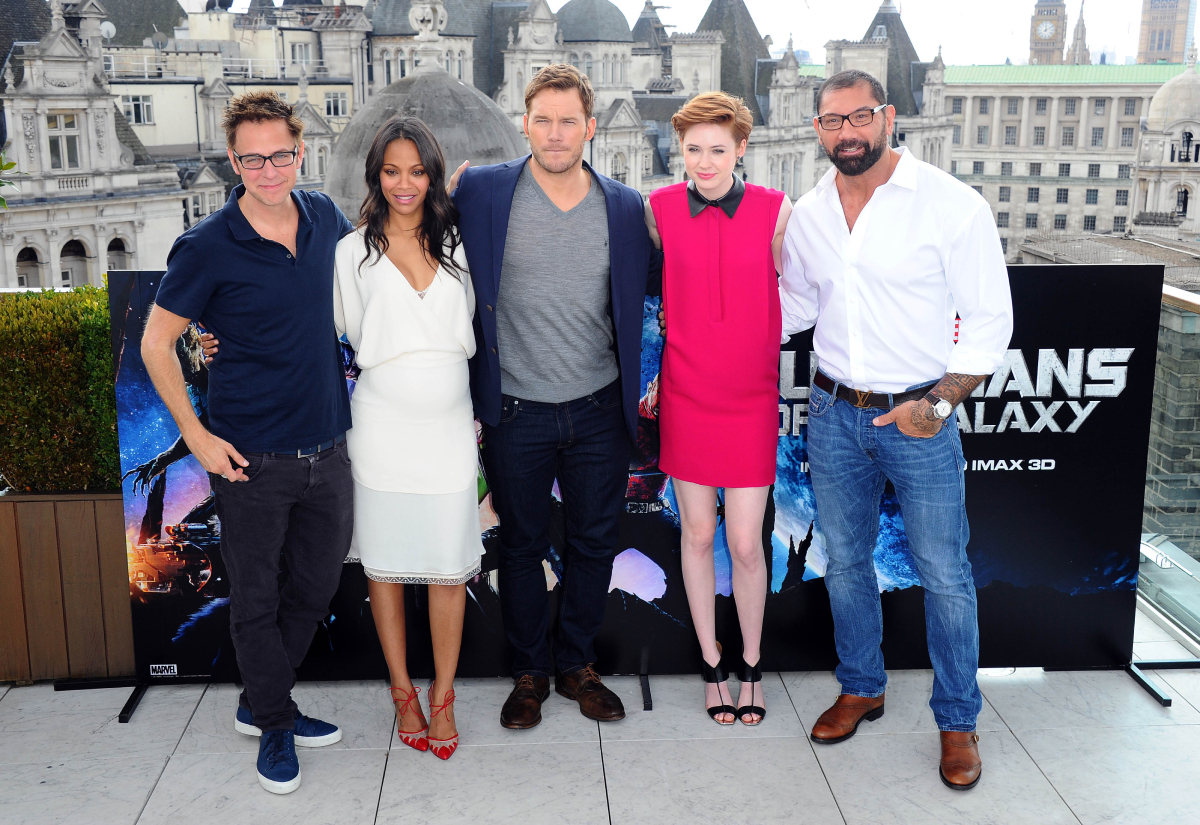 Marvel made some big announcements at Investors Day

Fans have known for two years that another sequel was coming, they just didn’t know when it would happen. Finally, they got some answers during Disney’s recent four-hour long Investor’s Day presentation.

According to Cinema Blend, Marvel confirmed that Guardians of the Galaxy Vol 3. will hit theaters in 2023. Unfortunately, studio boss Kevin Feige didn’t give a specific date. But, they also revealed that Gunn is working on some exciting side projects. This means that fans won’t have to wait more than two years to see Star-Lord, Gamora, Drax, Rocket, Groot, Mantis, and Nebula in action.

In late 2022, there will be a Guardians of the Galaxy Holiday Special filmed on the set of Volume 3. Marvel has also confirmed that there will be a series of shorts based on the adventures of Baby Groot that is coming to Disney+.

Disney has once again overhauled their theatrical release calendar

At Investor’s Day, Disney/Marvel also announced that they have made more changes to their theatrical release calendar. Variety reports that Thor: Love and Thunder will open on May 6, 2022, instead of February 11. That delay pushes back Black Panther 2 — originally set for May 6, 2022 — to July 8, 2022. In turn, Captain Marvel 2 lost its July date and will now hit theaters on November 11, 2022.

Unlike Warner Bros., Disney/Marvel signaled their commitment to theaters and will not eliminate the theatrical window. This means that there will be a gap between a film’s theatrical release and its premiere on Disney+.

There is one exception. The studio announced that the animated family film Raya and the Last Dragon will premiere March 5, 2021 on Disney+, the same day it hits theaters. Just like Mulan, Raya will be a premium option on the streaming service, so Disney+ subscribers will have to pay $30 to watch it.

Dave Bautista stars as Drax the Destroyer in Guardians of the Galaxy. He recently told Entertainment Weekly that they will go into production “late next year” on the upcoming sequel. But, he says that storylines for Volume 3 have changed since Gunn wrote the first draft of the script.

“I saw a script early on when we were all on schedule and James Gunn was attached before everything went nutso,” Bautista said. “I believe because [Marvel’s] whole calendar has changed [due to the pandemic and production delays], that storylines have changed, and they won’t intersect like originally planned. Obviously, we lost Chadwick [Boseman], so I don’t know where that leaves Black Panther. I haven’t seen a new script, is the short answer.”

Gunn announced in November that he has officially completed the Volume 3 script. He promised that the changes he made amount to “very little.”

Guardians of the Galaxy Volumes 1 and 2 – and all other Marvel films from phases 1 through 3 – are available on Disney+.

Wonder Woman and Her Evolving Look