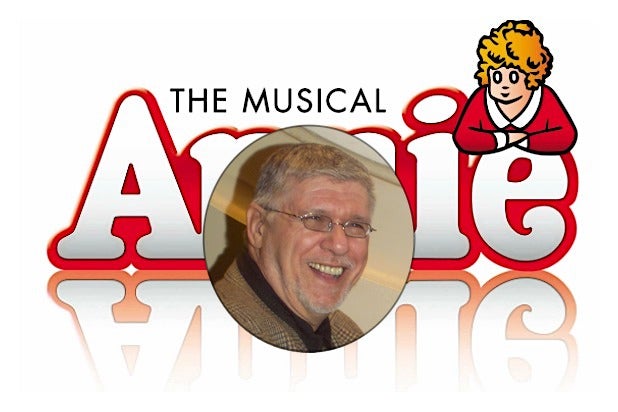 Martin Charnin, the Emmy, Tony and Peabody award-winner best known as the creator, lyricist and director of the musical “Annie,” has died. He was 84.

“He was watching Family Feud at the end, laughing with Shelly in bed at the hospital. He suffered a minor heart attack on the 3rd and tried to hold on for all us. His strength was astounding,” Sasha wrote. “He’s in a painless place, now. Probably looking for Cole Porter and Ira Gershwin.”

The New York native began his career in the theater performing as one of the Jets in “West Side Story” both on Broadway and on the road, but shortly thereafter went on to write, direct and produce nightclub acts for numerous singers, including Dionne Warwick and Nancy Wilson.

In 1963, Charnin wrote the lyrics for the Broadway musical “Hot Spot” starring Judy Holliday. For a short time, his attention was diverted to the television, where he wrote and produced musical specials, including “Annie, The Women in the Life of a Man” starring Anne Bancroft and “S’Wonderful, S’Marvelous, S’Gershwin” with Jack Lemmon, Fred Astaire and Ethel Merman, both of which he won Emmys for.

In addition, Barbra Streisand’s “The Best Thing You’ve Ever Done,” which she sings on her album “The Way We Were,” was also Charnin’s creation.

After making his Broadway directing debut in 1973 “Nash at Nine” followed by “The National Lampoon Show” with John Belushi, Gilda Radner and Bill Murray, Charnin created, wrote the lyrics for and directed “Annie,” which is in the top 25 longest-running musicals in Broadway history. The show went on to win 7 Tony Awards, 8 Drama Desk Awards and a Grammy.

“We adored Daddy and not fully accepting it yet. He loved and lived his best! He was the best father we could have ever imagined,” his daughter Sasha went on to write. “Which way do we go Daddy? Damn. But like he said and as corny as this sounds…the sun’ll will come out tomorrow. Rest In Peace, Daddy. We love you.”

‘Some of Our Stallions’ Review: At Least They Don’t Shoot Horses