Home » Movies » Is Netflix's 'Thunder Force' Based on a Comic Book?

Netflix’s new comedy, Thunder Force, stars award-winning actors Octavia Spencer and Melissa McCarthy as two best friends who vow to save Chicago from a sinister villain. The movie tells a superhero story, but is it based on a comic book? 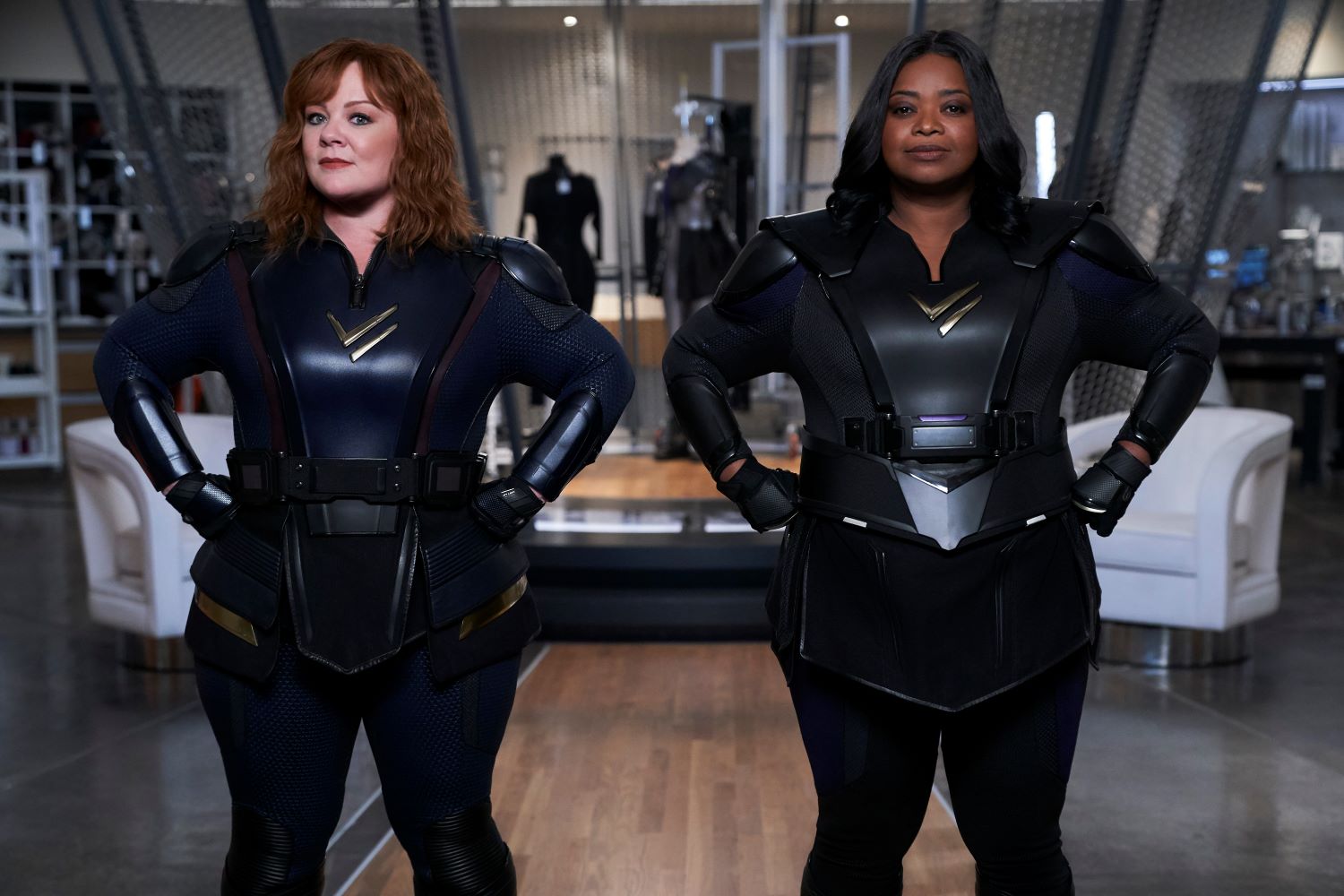 ‘Thunder Force’ is not based on a comic book

While it might have all the fun elements of a Marvel or DC story, Thunder Force is not based on a comic. The concept was created by McCarthy’s actor/writer/director husband, Ben Falcone. But when talking about the movie, the filmmaker admitted that the idea was inspired by his interest in comic books.

“Well, I love comic books, as I’m going to make abundantly clear,” Falcone told CBR. “I grew up with them, I love them, and I’ve always wanted to make a superhero movie, especially once I saw, way back, I saw Batman and then when I saw the first Avengers, I was like, ‘Oh wow, they can do anything. You can make anything happen.’”

Falcone was itching to work with Spencer and McCarthy on a project. And he came up with the idea for Thunder Force after reading about a newspaper magnate who happened to be a pharmaceutical engineer.

But Ben Falcone used comics books as a guide

In Thunder Force, Spencer plays Emily Stanton, a scientist who figures out a way to give humans superhero powers. McCarthy portrays her estranged best friend, Lydia Berman, a hard-working woman who inadvertently gives herself super abilities.

When writing the characters, Falcone was inspired by characters like The Thing. And he used comic books as a guide to ensure his story didn’t get too complicated.

“So the idea of someone being brilliant, clearly that’s Octavia because — she’s just so smart, and she’s so great — she’s been our friend forever,” Falcone told CBR. “Then the idea of somebody being like a blue-collar, loyal friend who’s kind of a scrapper, which I love. That’s kind of a comic-book trope.”

“So that sort of put together in my head and then kind of rolled from there,” he continued. “And [I] tried to punch holes in it, tried to compare it to comic books that I grew up reading just in terms of the simplicity of the story and then wrote the script from there.”

‘Thunder Force’ is on Netflix now

Thunder Force premiered on Netflix on April 9. Along with Spencer and McCarthy, the film stars Jason Bateman, Bobby Cannavale, and Melissa Leo. Falcone also makes an appearance in the movie as Kenny.

‘Sonic the Hedgehog’ Tries Again: Does the Redesign Work Now?