“The fact that #1984IsHere is trending really shows that no one in America has read the f—ing book,” one Twitter user writes 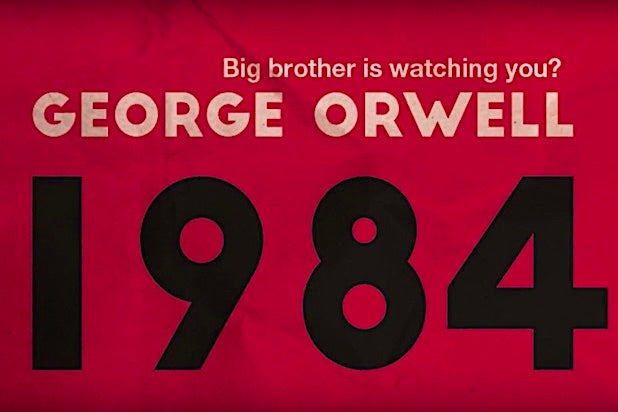 #1984IsHere is the go-to hashtag Saturday on Twitter, referencing George Orwell’s dystopian novel about the consequences of an authoritarian government, as many on the right see the banning of Donald Trump from Twitter as a sign that they are living in the repressive society warned about in the book. But many Twitter users are tossing that theory back at the right-wingers.

“The fact that #1984IsHere is trending really shows that no one in America has read the f—ing book,” one Twitter user wrote.

While many chose to take the literal, lighter side of the hashtag, cheering on the return of hair scrunches, the original “Muppet Babies” and parachute pants, (not to mention Wonder Woman), the debate was fierce, with those on the left schooling the right on what they believe is the real message in the novel versus those on the right mostly focusing on Trump being banned from Twitter (for violating their terms of use).

A textbook example of two sets of people looking at the same issue, yet seeing totally different things.

Here are a few others with similar mindsets:

On the flip side:

The Transformation Of Reese Witherspoon From 4 To 45