Home » Movies » 'In the Heights': How Melissa Barrera, Leslie Grace Nailed Those Dances

“I was waiting for them to say, ‘let’s make it easier for her, let’s dumb down the choreography,’” Barrera says of elaborate night club sequence

“I didn’t think I was going to be able to do it,” Barrera said of her dance number. “There were many times where I was like, this is too hard for me, it’s too fast, too intricate, too much choreography. I was waiting for them to say, ‘let’s make it easier for her, let’s dumb down the choreography,’ but they never did.” 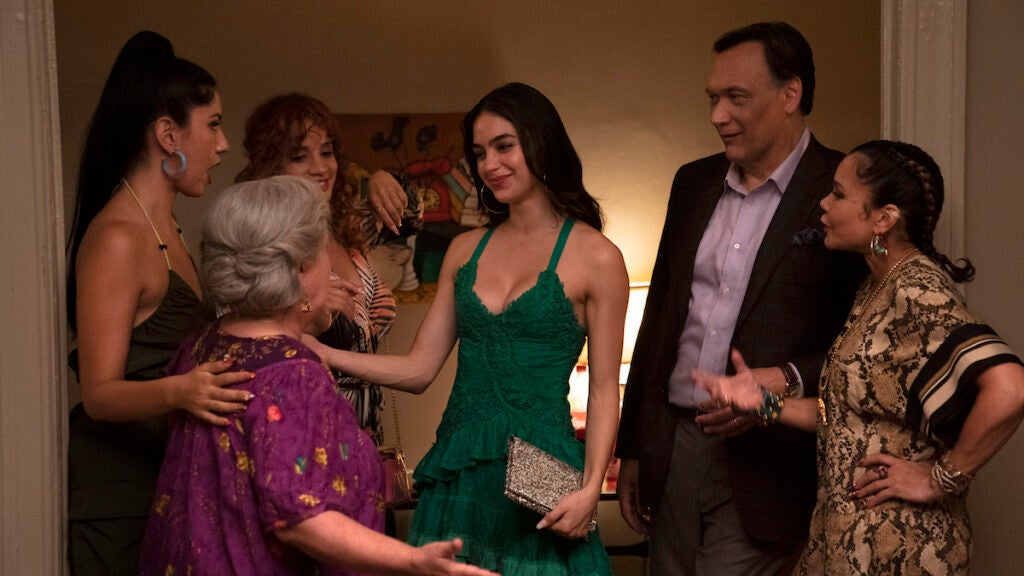 Barrera said she had to keep practicing for the night club scene right up until the day of the shoot, and explained that her moves required her to do roughly three turns in one moment, while the dancers behind her had to do four or five. But Grace recalled seeing Barrera “spinning like a dreidel” when she finally went to put it on film.

“On the day we were shooting, the choreographer comes up to me after they yell cut and he was like, ‘You did six turns! That was incredible.’ I didn’t even realize,” Barrera said. “It made me realize what I’m capable of if I push myself and I believe that I can do it. I did that, and I will always be able to say that I did that number, that was me and there was no dance double.”

As for Grace, she and her “In the Heights” co-star Corey Hawkins have a dreamlike dance where they climb out from a fire escape and manage to walk along the brick walls of a building. They’re not literally moving sideways or defying gravity, of course, but they were performing on an elevated dance floor with edges, dancing without the aid of wires. Together, they had to navigate the obstacles of the wall and convey the mood of the moment without falling off.

“We’re falling over each other and literally leaning on each other and depending on each other, counter-balancing from fire escape to window and all of these things,” Grace said. “As we were running up the side of the building, I almost fell, he grabbed me back, and he fell. Thankfully there was padding, but you want to still feel like these two people are bending reality to what they would want it to be one last time.” 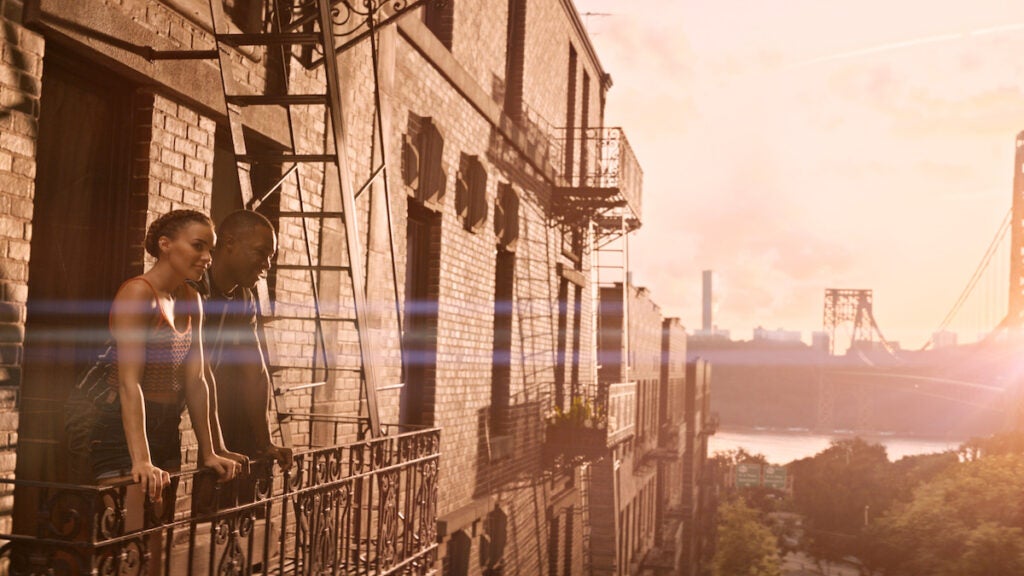 The scene is performed to the number “When the Sun Goes Down” about two young lovers literally trying to bend time before the summer ends and they go their separate ways. Grace said she had a lot on her mind performing the dance, but she was wholly “transported” when she finally watched it on the big screen.

“You don’t want to lose the heart of that while you’re thinking of all these dance steps. So I was really anxious to see that illusion come together and see it on a big screen,” she said. “And when I saw it, it just washed over me. I didn’t think about any of the things we were thinking about to make it happen, which is cool, so that’s what you want.”

“In the Heights” stars Barrera as Vanessa and Grace as Nina in the Jon M. Chu-directed adaptation of Miranda’s stage musical. In joining the cast, the actresses knew the movie could make a huge splash in Hollywood for Latinx actors. And as the movie is beginning to be celebrated by people from all backgrounds and communities, they’re overjoyed at the impact it will have for future generations. 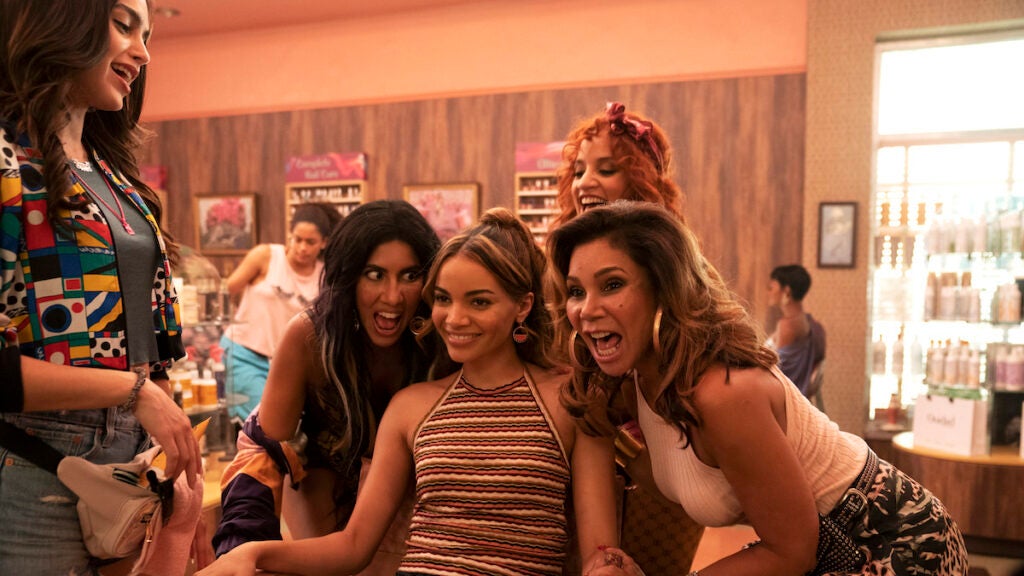 “It feels so good to be seen. That’s what I’m feeling right know with the love pouring in for our movie,” Barrera said. “There’s a saying that ‘you can’t be it unless you see it.’ I feel like that’s a lot of the struggle of a lot of communities that are trying to better themselves, but because they keep getting erased from narratives and from mainstream media, they stunt themselves. And when you have a movie like this, you have a reference, and little kids are going to be able to point to that and say, ‘I can do that. I can dream it.’”

Grace added: “And, ‘I can dream beyond that. I can stand on the shoulders of the people that have accomplished this thing, and now, since they have such great success and they were able to do it, let me do something else. Let me dream bigger than this.’ That’s the cool part about all of this — to know it’s going to go beyond how much it’s changed our lives. Now it can be for the world to enjoy and feel empowered by it.”