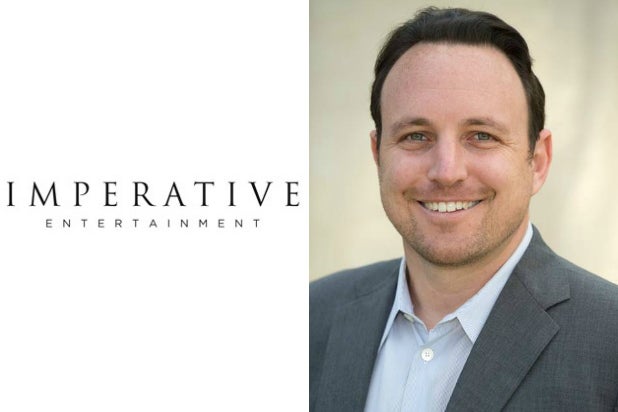 Steckler most recently served as executive vice president of motion pictures for Condé Nast Entertainment Group where he helped produce “The Old Man and The Gun” for Fox, “Only the Brave” at Sony’s Columbia Pictures, and “Mosul” with the Russo Brothers, which is in post-production.

At Imperative, Steckler will be charged with increasing Imperative’s feature film output, with 30WEST continuing to provide financing and distribution advisory across the growing Imperative slate.

Previously, Steckler was executive vice president at Imagine Entertainment, and senior vice president of production at Fox Searchlight before that where he oversaw numerous award-winning films, including “Black Swan,” “Juno,” “Crazy Heart,” 127 Hours, and “500 Days of Summer.”

Prior to Searchlight, Steckler held positions with Di Bonaventura Pictures and Spyglass Entertainment.

Imperative, which has had a hand in films such as “The Square,” “The Mule” and “Late Night,” said it hopes Steckler will be able to help develop a slate of films that complement projects the studio is working on.

Scorsese will direct the film, and DiCaprio is attached to star in the adaptation of David Grann’s non-fiction book from 2017. Eric Roth is penning the screenplay for the film, which was recently acquired by Paramount.

Imperative was founded in 2014, setting its eye on bold and powerful storytelling to captivate and excite audiences. The studio develops, produces and finances original and branded entertainment with a focus on film, TV and documentaries.

Dwayne Johnson Shares 'Crazy Throwback' of His Grandfather and André the Giant: 'Tough as Hell'