Home » Movies » I Have So Many Questions About Mr. Knightley's Sideburns in the New 'Emma.' Movie

We here at Cosmopolitan are absolutely obsessed with movies, but we get that you’re a busy person and it’s hard to see all the films that are going to be “important” in any given year. In this series, Low-Key Highbrow, we’re giving you the basic gist on every one of those pictures you probably should have seen but never got around to. When your friend inevitably throws that Oscars watch party, we’re here to help you scam your way into sounding like the smartest person in the room.

The new Emma. movie is a campy delight. An adaptation of the Jane Austen novel, it stars a bunch of people you might not know about yet, but definitely should, with great clothes and great houses and a lot of really fun dancing and food (you heard me). There’s one thing, however, that I couldn’t stop thinking about the entirety of the film: Mr. Knightley’s sideburns.

They are, in a word, massive. They stretch from Johnny Flynn’s ear area almost all the way across his face, stopping just short of the chin. I think the technical term for them is “mutton chops,” but that’s gross, so I’m not going to use it. All of this is to say that I have questions about these sideburns, and I’m going to ask them here, because I can. 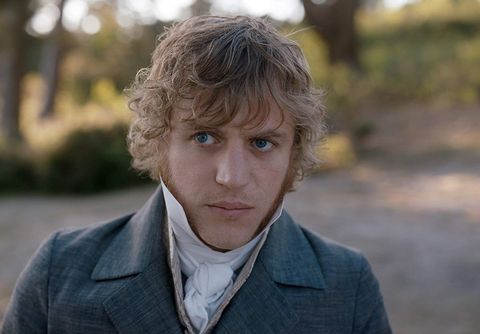 What is the rationale behind making him wear these burns?

He’s the only guy in the whole film who has them. Like, the other men look totally normal compared to this. This is one of the other dudes, for example, and his facial hair is totally normal. So… WHAT GIVES? 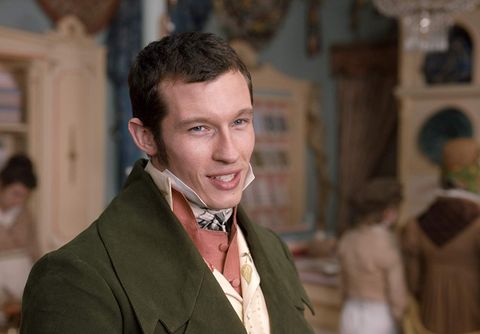 I know Jane Austen love interests are not usually conventionally hot men, but these sideburns took it too far.

Because if they are, mad props to Johnny for growing them, and if they’re not, even more props to him for wearing them for as long as he did. I bet they were itchy.

Did Johnny have to wear these IRL?

Let’s do some digging. I don’t entirely know when they filmed this movie, but Anya Taylor-Joy posted this picture with her and her co-stars back in April 2019. Let’s assume they were filming at that point.

This is a picture of Johnny in late 2018, with a full facial hair situation. So it seems like this is a thing he did in fact wear IRL. Upsetting, frankly. Featuring Kit Harington with some similarly bad facial hair. 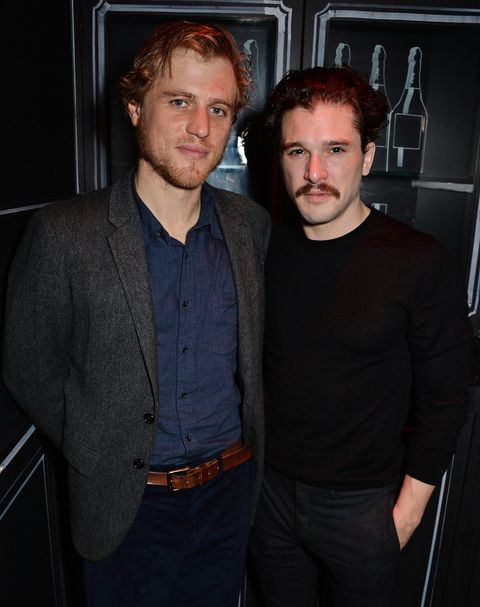 Do the sideburns have their own personality?

I can imagine these sideburns wearing a flannel to a bar in Bushwick and telling me about the recent trip they took across the country in a van and how they camped the entire way and really felt “at one” with nature and I HATE IT.

Do they keep his face warm when otherwise he would have been cold?

I can imagine filming in England during the winter months is chilly. The advantage to wearing facial hair like this is that maybe it keeps your face warm. Idk, I’m not a person with hair on my face. If this is false, someone lmk.

Why make him wear these massive sideburns if you’re then going to have him wear shirts with collars that cover them up? 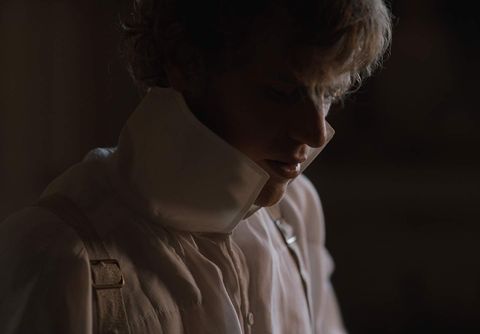 Do they technically qualify as a beard??

Because they span almost the entire face. Internet, please advise.

Hear Beyoncé as Nala in New Trailer for The Lion King: 'Come Home'