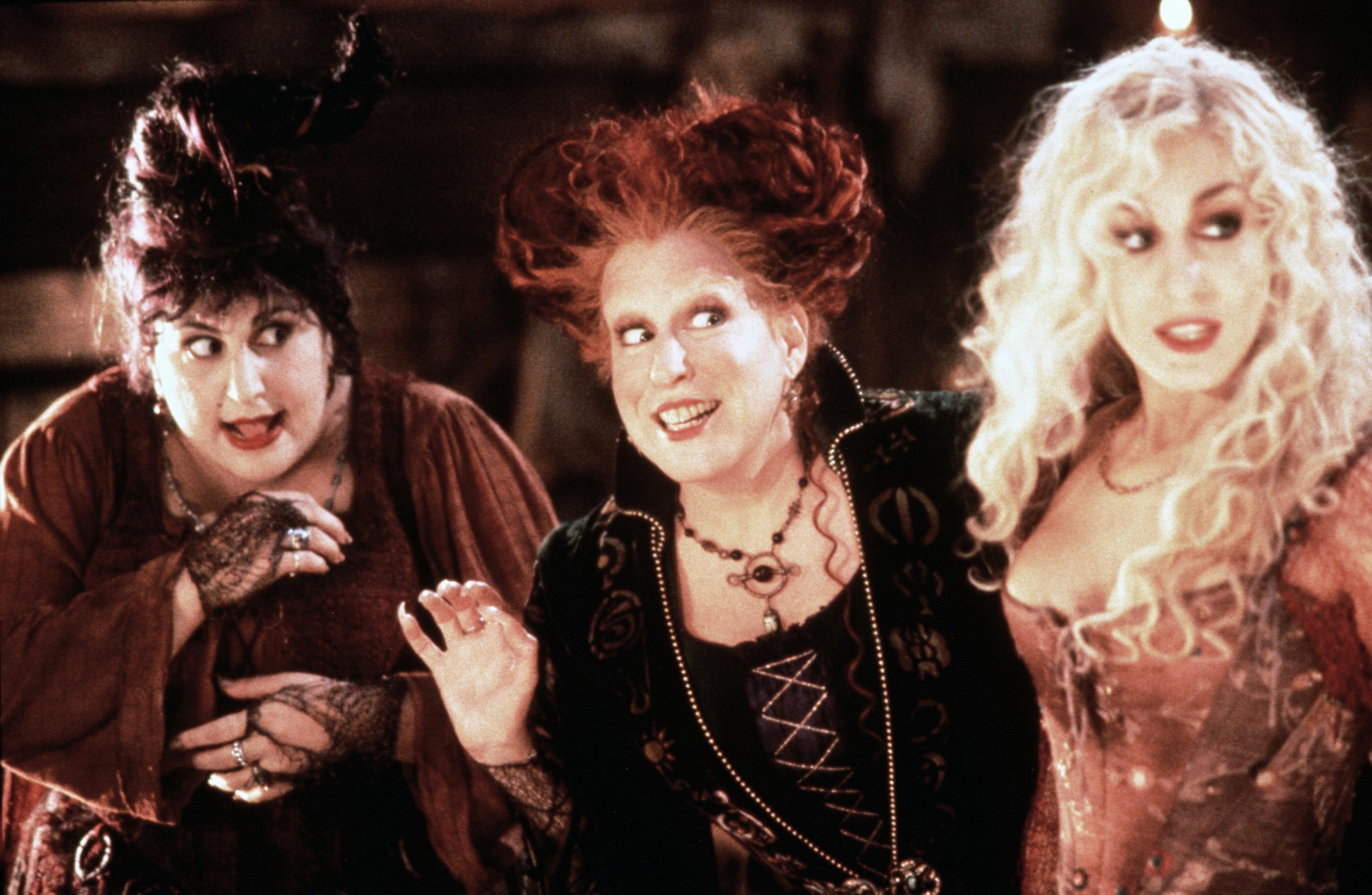 Disney has really gone all-out for its most nostalgic fans of late.

First, it was confirmed that Disenchanted, the sequel to 2007 gem Enchanted, is finally in production, and then came the joyful announcement that the long-awaited Hocus Pocus 2 will start shooting this autumn.

And, not only is the Hocus Pocus sequel definitely happening, but it will include the full set of Sanderson Sistaaahs – Bette Midler, Sarah Jessica Parker and Kathy Nimjay – much to fans’ delight.

It comes as a bit of a relief to see such iconic movies being brought back to life, and these sequels are the shot in the arm Disney Plus needs to finally introduce some trademark magic to the streaming platform – especially for the most die-hard of us Disney fans.

Don’t get me wrong, Disney Plus has hardly been a flop – in fact, Disney pivoted to make its streaming service a priority during lockdown, and it currently boasts more than 103million subscribers.

But so far, it seems a large chunk of this success has been tent-poled by Marvel and Star Wars, two Disney-owned brands.

Think back on it – Disney Plus’ launch in the UK last March was largely hyped around the Star Wars spin-off series The Mandalorian. Right now, we’re in the midst of Marvel with the debuts of both The Falcon and the Winter Soldier and WandaVision, with Loki following hot on their heels. We’ve even had the launch of Star, an offshoot that houses more adult-centric content like 24, Grey’s Anatomy and – just announced as upcoming – The Walking Dead.

But where’s the – and yes, I’m going to say it – Disney magic in all of this?

So far the platform has felt powered almost exclusively by its other brands and business ventures, as well as its back catalogue. Sure, it’s not content to be sniffed at. But when you’re pandering to Disney fans and selling it as a Disney experience, people are always going to be looking for those new ideas (think Toy Story) and fresh takes on traditional storytelling (very much Enchanted when it premiered) as well as embracing the warm comfort of its nostalgia (Hocus Pocus lives here).

We got the compromised version during lockdown, with Disney dropping some of its thwarted cinema-release movies like Mulan and Raya and the Last Dragon on the platform (at extra cost, of course – Disney’s never been cheap) but these productions had detail, scope and spectacle that felt somehow betrayed by smaller TV screens.

But with Disenchanted and Hocus Pocus 2, which have always been destined for Disney Plus since sequel talks became serious, it seems like Disney is finally sprinkling a bit of made-to-measure pixie dust on its streaming service.

Most importantly, Disney has got the original team back together for these sequels, including the three Sanderson sisters for Hocus Pocus 2 (I’m attempting to manifest Thackery Binx’s inclusion as we speak) and a full cast of characters for Disenchanted – Amy Adams as Giselle (should have been another Oscar nomination), Patrick Dempsey as Robert, James Marsden as the OTT Prince Edward and Idina Menzel as his fair bride Nancy.

And – lest we forget – Idina has since graduated to full-blown Disney icon as Frozen’s Elsa in the interim, so it must be something top-notch to tempt her back to play second fiddle.

Also, Disenchanted welcomes back Disney’s musical treasure Alan Menken, who is basically responsible for whatever Disney song is in your head right now. He and Stephen Schwartz, who teamed up on Tangled (better than Frozen, don’t @ me) and Enchanted, are back again to tell us That’s How You Know.

And despite Hocus Pocus’ original director Adam Shankman being unavailable to helm this time around because he’s busy with, you guessed it, Disenchanted, he’s left it in the hands of his long-time bestie and collaborator Anne Fletcher (The Proposal) while still remaining on board as executive producer.

It all seems to be coming together very promisingly. Both films have shared plot details that will hopefully chime nicely with their predecessors: this time three girls reawakening the Sanderson sisters in modern-day Salem, and Giselle contending with suburban Monroeville and new (sure to be sassy) adversary Malvina (Maya Rudolph).

And as long as things don’t go the way of recent Disney Plus original Godmothered, which seemed like an odd copy and paste hatchet job on Enchanted, mashed with Christmas – Disenchanted and Hocus Pocus 2 look well placed to put their spell on Disney Plus.

The Transformation Of Reese Witherspoon From 4 To 45