Home » Movies » Elaine May to make directing comeback at 87

Elaine May is to make a return to directing aged 87, 32 years after the disastrous release of Ishtar, her last feature-directing credit in 1987.

According to Deadline, actor Dakota Johnson (Fifty Shades of Grey, A Bigger Splash) said at the recent Governors awards in Los Angeles that she is due to work with May on a film called Crackpot.

No further information on the project has emerged, but if it goes into production it will be May’s fifth feature film as director. Having made her name in the late 1950s as part of a comedy team with Mike Nichols, she turned to writing after they stopped working together in 1961, authoring a number of plays and making her screen writer-director debut in 1971 with the comedy A New Leaf, in which she starred opposite Walter Matthau. She subsequently directed the marital comedy The Heartbreak Kid (1972), and the cult gangster film Mikey and Nicky (1976) starring Peter Falk and John Cassavetes. 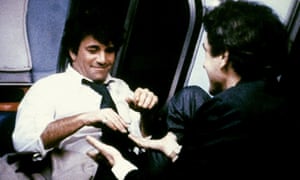 The commercial failure of Mikey and Nicky temporarily halted May’s directing career, and after co-writing the screenplay of the Warren Beatty vehicle Heaven Can Wait (1978) as well as uncredited work on his film Reds, Beatty produced and starred in her film, Ishtar, about two lounge singers who end up stranded during a political crisis in Morocco. However, it was a major financial disaster on its release in 1987, taking $14m on a $50m-plus budget.

May’s only major directorial credit since then was an American Masters documentary about her former comedy partner Mike Nichols, which was broadcast in 2016. She continued to write, with credits including The Birdcage and Primary Colors, as well as acting in Woody Allen’s Small Time Crooks (2000) and Crisis in Six Scenes. In 2019, she won a Tony award for best actress for the Broadway production of The Waverly Gallery.

‘Dune’: Denis Villeneuve Prevented 1 Character from Being a 'Space Nun'