“This is going to be problematic for the Chauvin defense,” MSNBC’s Joy-Ann Reid says 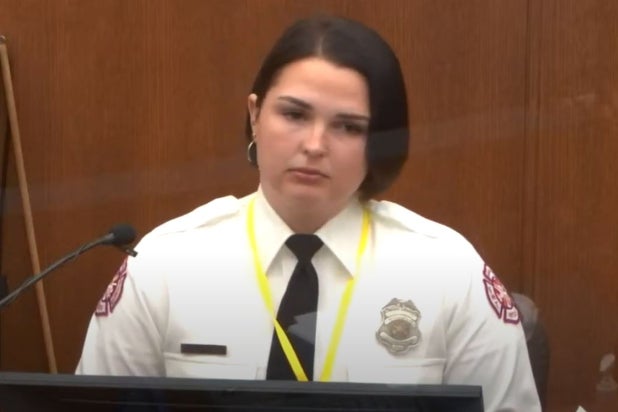 Wednesday marks Day 2 in the trial of Derek Chauvin for the murder of George Floyd, and one witness called to the stand set social media aflame after a searing testimony that lasted over an hour.

Firefighter Genevieve Hansen, who worked in Minneapolis and witnessed the assault on Floyd, testified how police officers at the scene, including Chauvin, refused to allow her to give Floyd medical aid. Hansen’s collected demeanor and refusal to be put off by questions from Chauvin’s lawyer, Eric Nelson.

The trial is being streamed live, and reactions poured in on social media almost immediately after Hansen took the stand. Her powerful delivery and refusal to be thrown off by questions that seemed sexist or downright confusing, as well as her ample facial expressions (plenty of eye-rolls at Nelson in the first hour of her testimony), drew viewers in instantly.

“May we all be as confident as Genevieve Hansen when facing a bully,” activist Melissa Byrne wrote on Twitter Tuesday.

Another Twitter user Catie Tyrakowski noted the obvious sexism in Nelson’s cross-examination of Hansen and her job — “watching Eric Nelson try to mansplain things he doesn’t understand to discredit Genevieve Hansen, a compelling witness, and sidestep the fact that she was on hand and qualified to assist minutes before the ambulance arrived is truly something else,” Tyrakowski said.

Nelson tried to put Hansen off her testimony by accusing her of being “too angry” and swearing at officers at one point. Nelson asked, “you called officers a bitch, right,” to which Hansen replied, “I got quite angry after Mr. Floyd was loaded into the ambulance & there was no point in trying to reason w/ them anymore because they had just killed somebody.”

Nelson continued with this line of questioning, asking if Hansen would describe the other people at the scene as also being “upset or angry.” Hansen said, “I don’t know if you’ve seen anybody be killed, but it’s upsetting.”

At another point in the trial, Nelson tried to argue that Hansen’s memory of watching George Floyd die in police custody in the middle of a Minneapolis street could have been altered or rendered inaccurate by the trauma of seeing it. Hansen disagreed, and replied that regardless, there is an over nine-minute video of the incident for prosecutors to use.

“A stressful situation can impact your memory,” Nelson said, and Hansen quickly replied, “absolutely, that’s why we’re lucky it was videotaped.”

Hansen also said multiple times that she tried to help Floyd — “I was desperate to help, but officers wouldn’t let me,” she said.

Check out more reactions to Hansen’s testimony, and the ongoing trial, below.

Every Movie Delayed Due to Coronavirus: Find Out the New Release Dates