Being the titular de Vil, it’s no surprise that the focus leading up to Cruella‘s release has been on Emma Stone stepping into the pumps of one of Disney’s greatest baddies — one previously (and iconically) portrayed by a black-and-white bewigged, puppy print-dripped Glenn Close in all her scenery chewing glory in 1996’s 101 Dalmatians.

Lest you forget, Cruella has always had a pair of henchmen to do her dirtier work, and the live-action casting of Horace and Jasper — with Mark Williams and Hugh Laurie, respectively — was nothing to shrug at. Cruella now provides the twosome an origin story of their own, as played by Paul Walter Hauser and Joel Fry. With their own expectations to meet, did either connect with their predecessor?

“I just IMDBed Mark and Hugh and hit up their reps and said, ‘Hey, can you please give me their personal home addresses?'” Hauser deadpanned. “I never heard back.” Fry, on the other hand, told ET’s Nischelle Turner, “Hugh Laurie is great, but I didn’t even think about him.”

For the latter, who is perhaps best known for The Beatles fever dream Yesterday, Fry looked to the 1961 animated classic while conjuring his take on the taller in stature yet shorter in temper Jasper. “My first thoughts were the cartoons. And obviously, I can’t do that,” he explained. “But there are still things you can take from it that help you have an idea about what you’re doing.”

Hauser, meanwhile, took inspiration from the late character actor Bob Hoskins while becoming Horace. “I studied him and his voice and that was my launching point for the role,” he said. “I like those films [101 and 102 Dalmatians] and I’ve watched them, for sure, but I was less mining things that had been done previously and was more so trying to make it my own.” 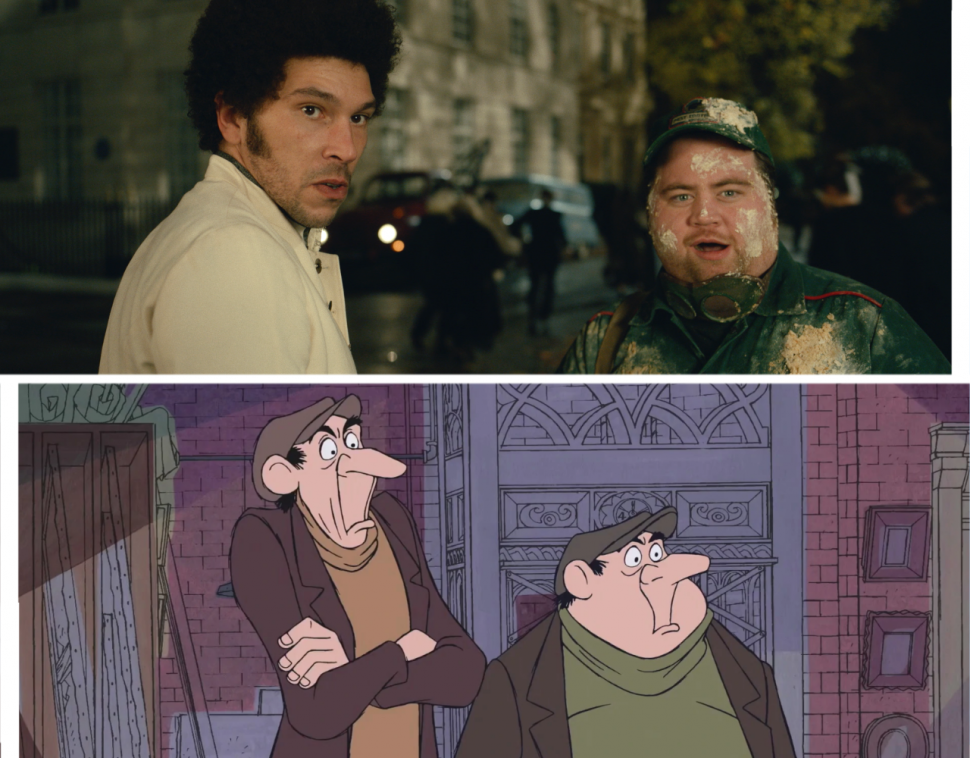 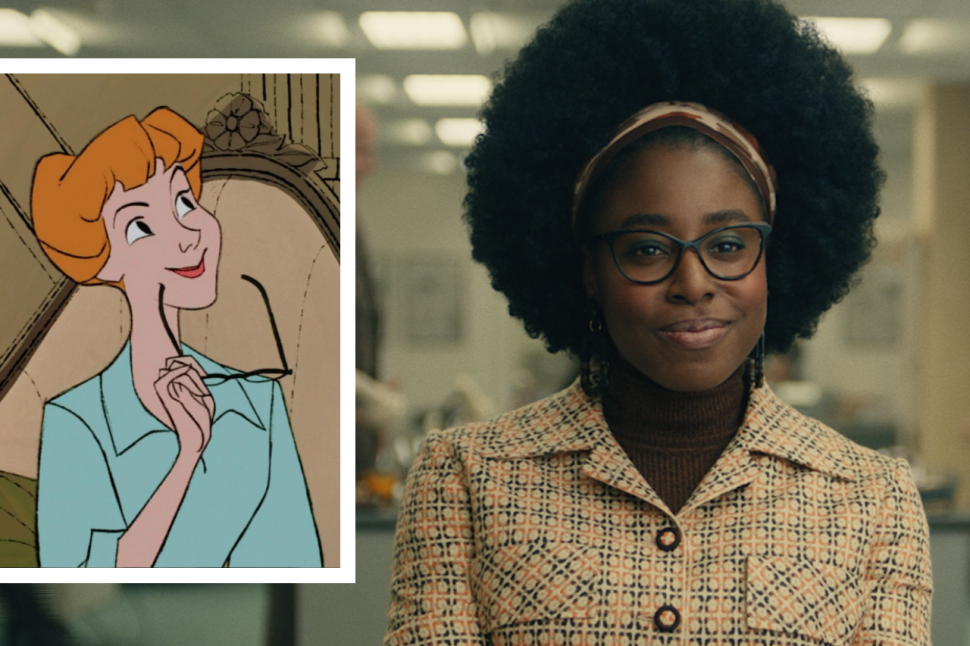 While Cruella’s relationship with Horace and Jasper gets a new backstory, it’s her long-teased relationship with another character that finally makes its onscreen debut: Cruella takes some elements of Anita Radcliffe (in One Hundred and One Dalmatians) and Anita Campbell-Green-Dearly (in 101 Dalmatians) to create Anita Darling, a one-time childhood friend of Estella who now works as a photojournalist.

As played by Kirby Howell-Baptiste, Anita marks the first time across the franchise that the character has been depicted as a woman of color. “When you do an origin story, everything can change,” says Howell-Baptiste. “I think putting a Black woman in the role of Anita feels more representative of what London was in the ’70s. London was and is so incredibly diverse, and actually, what we’ve [seen] in the past of a very whitewashed London is not true to what it is.

“I also think this is a beautiful, wonderful fantasy. This is a movie where you can absolutely let your imagination run wild,” she adds. “So, why shouldn’t we have all different people in something like this? We’ve got a woman leading this film with half her hair black and half her hair white. We should be able to have every kind of person involved in a film like this.”

Once the trio of actors got into rehearsal with Stone and their director, Craig Gillespie, they were able to begin building out their individual dynamics with the leading con-woman-turned-aspiring fashion designer-turned madwoman. It was also when the cast first beheld Stone’s own reinvention of Cruella de Vil.

“She nailed the voice,” Fry remembers. “That was the first Cruella moment for me.” For his part, Hauser recalls that, “There’s something that happens behind the eyes when a really great actor is dropping into a character, and I’d see her do it every day. You have to remind yourself to act, because it’s easy to just get lost watching Emma Stone.”

“I remember the first time [seeing her as Cruella], because it was so odd,” Howell-Baptise says. “She was either in her own clothes or in a big warming coat, but I remember her outfit was not Cruella, but the face and hair were. I knew it was going to be that iconic black and white, but it literally looked like the hair was growing out of her head. It was such an incredible moment from me being a fan of the old Cruella de Vil to seeing her in real life. I think it was the same moment the audience will have.”

Cruella is in theaters and on Disney+ with Premier Access on May 28.