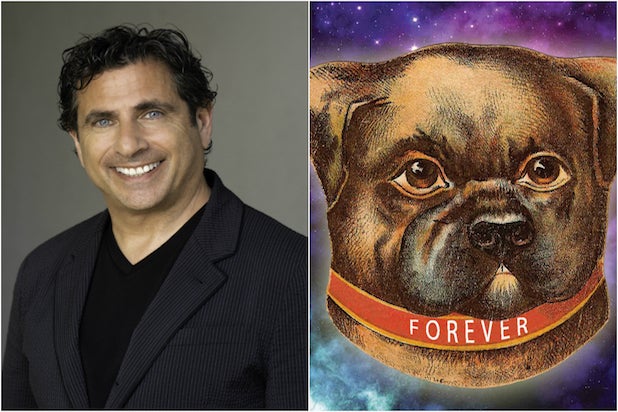 Forever Dog has found its first CEO in former Turner exec Gary Reisman. The move comes after the company experienced “unprecedented growth” that saw its monthly podcast downloads increase by “more than 1500%,” Forever Dog said in a statement.

Forever Dog launched in 2016 and has since grown to 30+ podcasts, featuring the voices of Patti Harrison (“Shrill”), James Adomian (“BoJack Horseman”), Jamie Lee (HBO’s “Crashing”), among others. Reisman comes to Forever Dog after founding LEAP Media Investments, an analytics company whose worked with the likes of NBCU, FOX and Yahoo.

“At a time in which Forever Dog is adding an energetic new lineup of shows from revered talent, while also expanding its horizons via our television projects with National Lampoon and through new brand partnerships, we’re ecstatic to have Gary at the helm,” the Forever Dog co-founders Brett Boham, Joe Cilio and Alex Ramsey said in a joint statement. “His expertise in multiple facets of a rapidly evolving media landscape, matched with his keen creative instincts and passion for the business make him the perfect candidate to lead Forever Dog into the future of podcasting and the broader entertainment industry.”

“Podcasting has become the preeminent platform for marketers to build relationships with the seemingly unreachable millennial and Gen-Z audiences,” Reisman said in a statement. “As an industry leader in content created by and for those audiences, Forever Dog is in the midst of constructing exciting new avenues for brands to integrate into an ever-growing roster of comedy programming. I’m delighted to be blazing the trail alongside Brett, Joe and Alex, and I’m also pleased to have an executive as proficient as Karen leading our ad sales initiatives, as we usher in a new chapter at the company and navigate the industry’s fertile grounds.”

Reisman and Bressner both came onto the Forever Dog team last December, assuming CEO and CRO roles (roles that were not made official to the public until now). Since December, the duo has overseen a quadrupling of the company’s ad sales year-over-year with new clients including Netflix, Audible and Zip Recruiter, according to Forever Dog.

The growth in ad sales coincides with the network’s growth in listeners. The company touts its network of podcasts getting “millions of downloads a month.”

RIP Time's Up – What the Hell Just Happened? | Analysis

Giving Footsoldiers a bad name: why film title changes are the biggest crime of all