Home » Movies » Cardi B Makes History for the Second Time

If it’s one artist who has proved that reality television can propel one’s music career, it’s rapper Cardi B. The Bronx native made her debut on VH1 and immediately became a fan favorite. Since then, she’s become an inspiration to many. Cardi is one of the biggest artists in modern history and recently broke additional records. She is the first rap artist to have multiple singles reach diamond status. 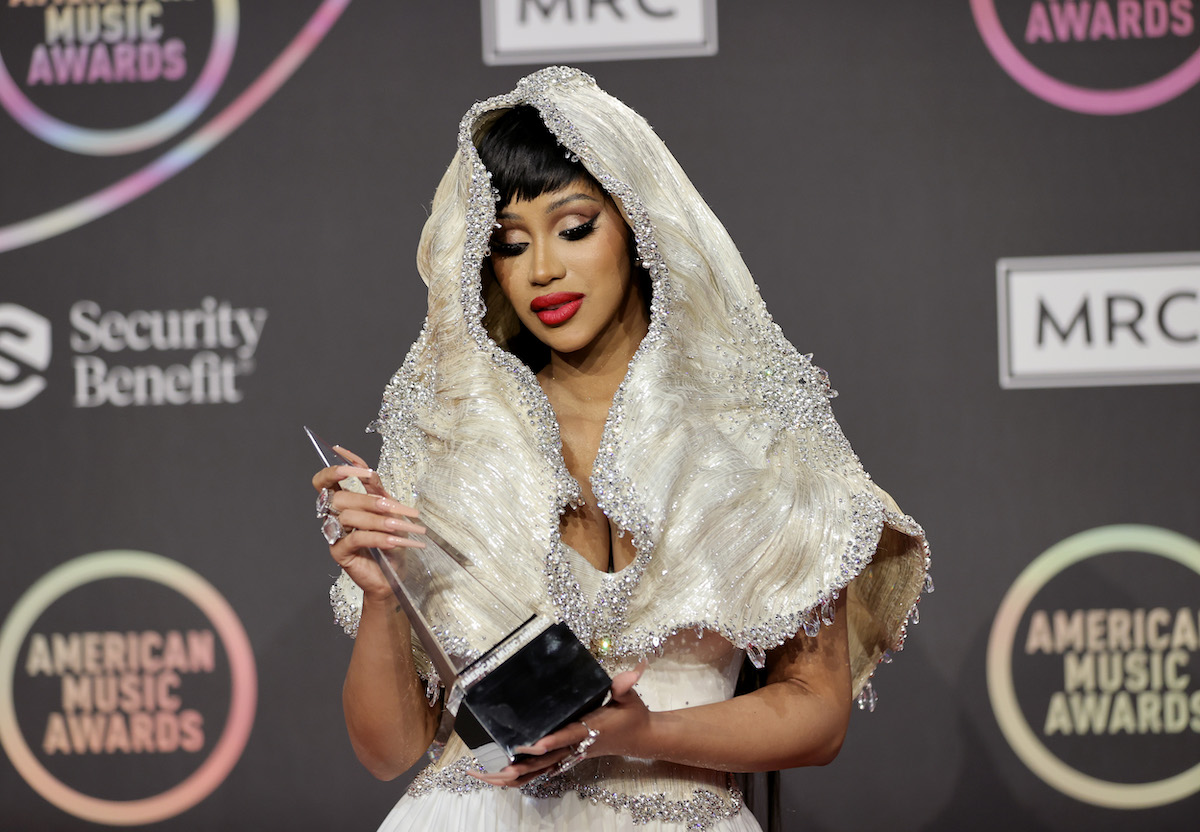 The former Love & Hip Hop star recently just earned another Grammy Award nomination for the 2022 ceremony. Just a week later, multiple media outlets reported that her 2018 collaboration with Maroon 5 on the single “Girls Like You” surpassed 10 million sales in the country. As a result, the record has been certified diamond by the Recording Industry Association of America (RIAA).

She is now the first rapper in history with multiple diamond hits. Cardi celebrated her history-making feat in a Tweet, writing: “Wow I got two Diamond records! Thank you so much @maroon5 for including me on this song and this is the song I cater to my daughter every time I perform it. I’m forever grateful.”

Related: What Is Cardi B and Saweetie’s Relationship Like?

The song, featured on Maroon 5’s Red Pill Blues album, first topped the Billboard Hot 100. The song remained in the No. 1 spot for seven weeks. The accompanying music video currently has over 3 billion YouTube views, won multiple Billboard Music Awards, and earned a nomination for Best Pop Duo/Group Performance at the 2019 Grammys.

“She was in the honeymoon period of her moment,” Maroon 5’s Adam Levine said of Cardi’s cameo, as reported by Hip Hop DX. “She was just beginning to be that female artist that everybody was talking about, and I thought it was an important thing for her to be involved. I knew she would have an interesting take on what was being said, and she would do it in a way that you wouldn’t necessarily have thought of.”

The “W.A.P.” rapper first made history when her debut single “Bodak Yellow” reached diamond status in March 2021. The single was released in 2018 and was appropriated listed as diamond status on International Women’s Day three years later.

The RIAA announced the feat on Twitter, writing: “Congratulations to @iamcardib the first female rapper to achieve an RIAA diamond single award! #BodakYellow @AtlanticRecords.” The record label surprised Cardi with the news at a restaurant where label heads presented an unsuspecting Cradi with the diamond plaque. At the same time, she was congratulated on “WAP” going 5x-platinum in less than a calendar year.

Related: Are Megan Thee Stallion and Cardi B Friends?

Since then, her success has only magnified. She now proudly owns homes in three states. Cardi also released a fashion collaboration with Fashion Nova, which sold out in minutes.

Jessica Chastain Defends Penelope Cruz Casting in ‘The 355’ Amid Backlash

'Little Joe': A 'Body Snatchers' for the Age of Antidepressants